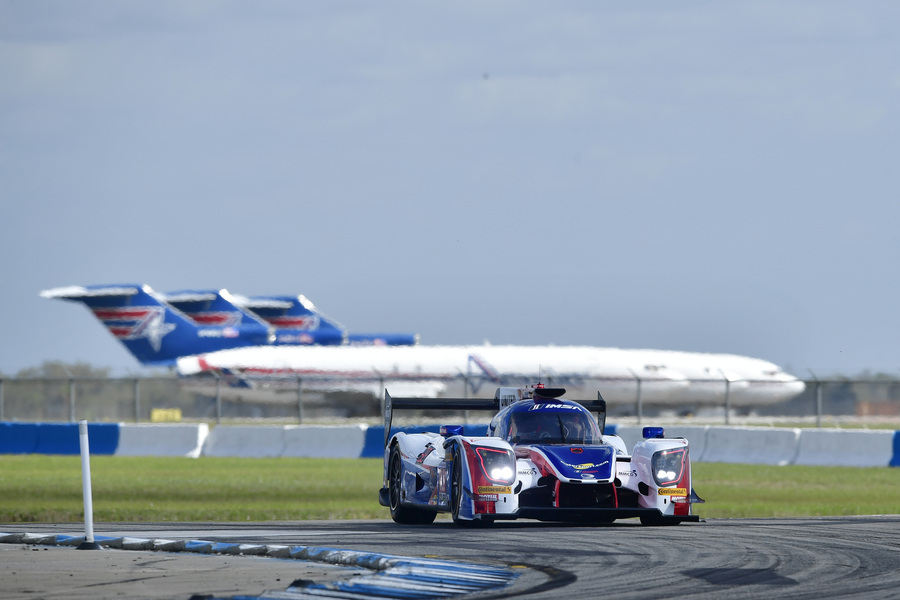 United Autosports will make their way back to America this week for the third round of the Tequila Patron North American Endurance Cup, as they take on the Sahlen’s Six Hours of the Glen at Watkins Glen (30 June-1 July).

Phil Hanson will be joined by Paul Di Resta and Bruno Senna in the #32 Ligier JS P217 as the trio aim to improve on Phil, Paul and Alex Brundle’s fifth place finish at the Sebring 12 Hours back in March. The #32 car also scored a fourth place finish at the opening IMSA round at Daytona in January as Bruno and Paul were joined by Will Owen and Hugo de Sadeleer for the Daytona 24 Hours.

Ahead of the Watkins Glen race weekend, the team will spend time in Indianapolis at the Andretti Autosport workshop, preparing the cars before travelling to the circuit for the six-hour race.

United Autosports last raced at Watkins Glen in 2011 in the GRAND AM Rolex Sports Car Series as Zak Brown and Mark Blundell raced a Ford Riley.

“I’m looking forward to Watkins Glen, especially after a disappointing Le Mans. I think with the adjusted BOP, hopefully we can be more competitive than in Sebring where I felt we were handicapped against the DPi cars. I’ve never driven at Watkins Glen so I’m excited to learn a track that is so talked about as having so much character.”

“I’m looking forward to getting back in the car given how Le Mans ended and what could have been. It will be good to go back out to the US as well after our Daytona and Sebring races. Hopefully the BOP will be a bit more in our favour and I’ve heard that our car should be in a bit better shape round Watkins Glen so I’m optimistic of a decent result. It will be good to welcome Bruno back to the team alongside Phil and myself. It’s going to be a tough week, learning the track with limited time but hopefully we can undertake the challenge ahead.”

"I’m really looking forward to getting back in the United Autosports Ligier at Watkins Glen. The team is going from strength to strength and they had a really good run at Le Mans with their #32 car. Watkins Glen is a track I really enjoy too, so it should be a good week."

“I’m looking forward to getting back to America and racing at Watkins Glen. It’s a great track and should suit our Ligier even with the difference in speed to the DPi cars. We are aiming at achieving the best result we can and we didn’t perform too badly at Daytona and Sebring so I’m feeling positive going into this event.”