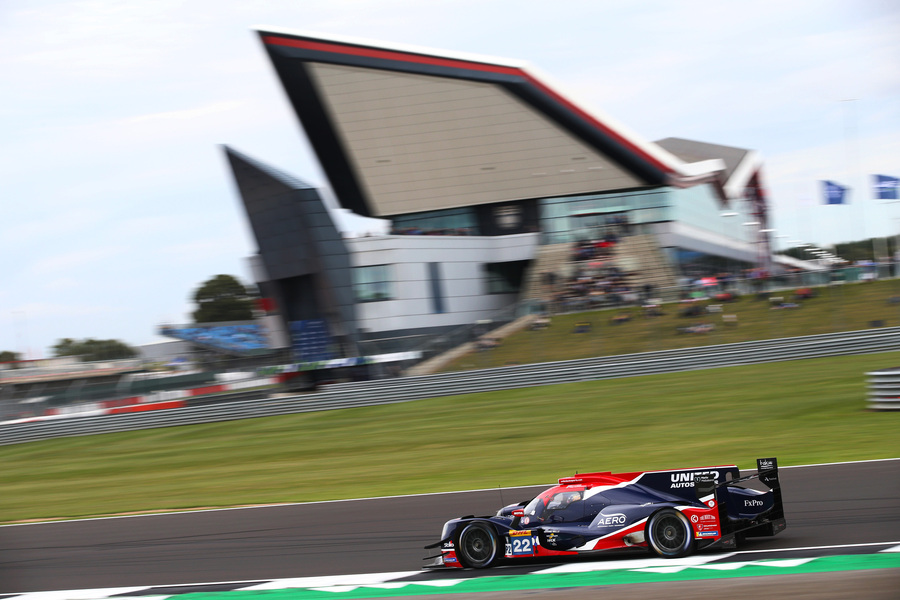 Despite an unfortunate early retirement on home soil in the opening 4 Hours of Silverstone today (1 Sep), United Autosports showed very strong pace suggesting it will be a major force in the LMP2 category in its first full FIA World Endurance Championship season. The Leeds-based British team arrived at Silverstone for its first race meeting with just 680miles on the clock of its brand new Oreca 07 Gibson which had ran faultlessly in last month’s two-day WEC Prologue.

The #22 Oreca of Phil Hanson, Filipe Albuquerque and Paul Di Resta was fastest in each of the three practice sessions, never missing a beat, before setting an excellent second quickest combined time in LMP2 qualifying (PDR/PH) yesterday. Di Resta began the race in bright, warm sunshine and ran second but on the second lap, an unconfirmed electrical problem shut down the engine. Although #22 was towed to the back of pit entrance, organisers would not allow the car to be pushed down the pit lane for repairs. #22 was therefore posted as a retirement.

The second round of the six-race global series, which concludes with the Le Mans 24 Hours next June, is staged at the Fuji Speedway in Japan on 6 October where Oliver Jarvis (GB) replaces Di Resta who has a clashing DTM commitment. Today’s race marked United’s fourth WEC race having previously only competed at Le Mans, recording fourth (2017), third (2018) and fourth (2019) LMP2 class placings.

Phil Hanson (GB), driver car #22, United Autosports:
Born/Lives: London, UK. Age: 20
“It’s a great shame to retire so early on but things like this happen in racing – as we’ve found out over the past two days. The team will investigate and analyse what happened and we’ll come back stronger. Practice and qualifying showed we have the pace with all three drivers posting competitive times. On our new tyre runs, Filipe and I set the quickest times in each session but I unfortunately failed to nail it in qualifying – that was down to me and not getting the potential out of the car. A lot of people and time has gone into getting this programme together and I feel sorry for the team – they didn’t deserve this.”

Filipe Albuquerque (POR), driver #22, United Autosports:
Born/Lives: Coimbra, Portugal. Age: 34
“We made a good, promising start to the Silverstone meeting, topping all three practice sessions, claiming P2 on the grid, all after a good, solid and reliable Prologue where our brand new Oreca ran perfectly. So it’s very hard to predict such a bad scenario which has happened today. United and Oreca will work together to ensure that we don’t suffer from this problem again. Now I just look ahead to Fuji.”

Paul Di Resta (GB), driver car #22 (WEC), United Autosports:
Born: Scotland, UK Lives: Monaco. Age: 33
“I made a good start and was comfortably tucked in behind the class leader but on the exit of Stowe I heard a popping sound and then the car immediately lost all drive. I did a power cycle but the engine wouldn’t fire-up and there was also a little smoke in the cockpit. It’s disappointing as having been in the top-two of every session, we were looking very strong to win or be on the podium at the very least.”

Zak Brown, Team Owner and Chairman, United Autosports:
“The team have worked very hard on our Oreca WEC programme and our early exit hurts. The positive to take away from Silverstone is that we showed great pace on Friday and Saturday. Our drivers and team will come back fighting at Fuji.”

Richard Dean, Team Owner and Managing Director, United Autosports:
“I’ve been involved in motor racing for a long time but it’s hard to remember two races that promised so much for us as a team, only to be massively disappointed. We’ve suffered two unusual electrical issues, in the ELMS race yesterday and now in today’s WEC race. As we’d been in the ELMS, having been so competitive in all of the WEC sessions, it’s bitterly disappointing. Not only for our drivers but the entire team who have worked very, very hard getting our ELMS and WEC programmes with the Oreca off the ground in a very short space of time. But this weekend will make us stronger.”