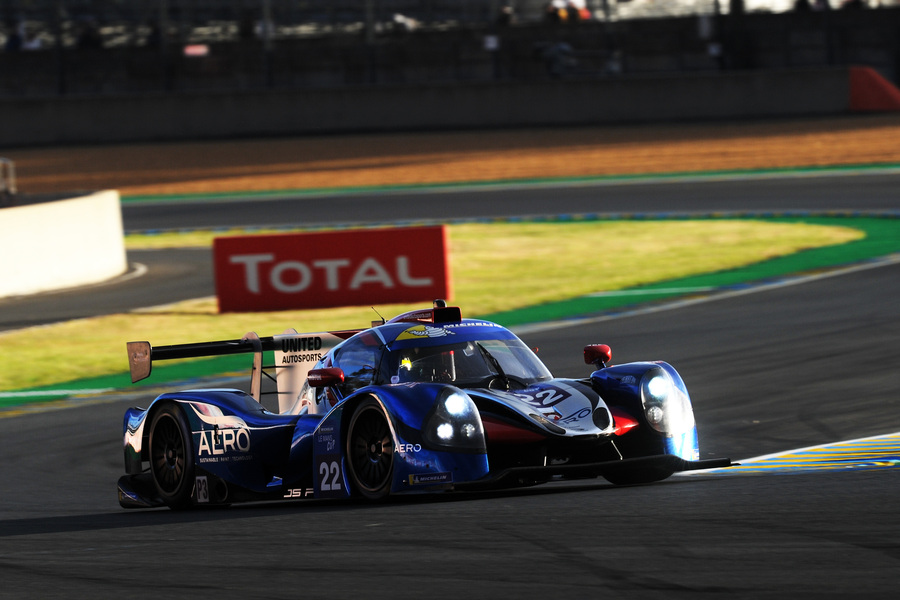 United Autosports recorded its ninth top-seven Road To Le Mans race result since the inaugural running of the Le Mans 24 Hours support race in 2016 – the Anglo-American team fielding the highest-placed Ligier LMP3 sports-prototype in the 30-plus car field in Race 2 – missing out in Race 1 on Thursday when one of its cars was denied sixth place due to a yellow zone speeding infringement.

The United squad excelled in Saturday’s 55-minute race with Jim McGuire/Matt Bell, Naj Husain/Wayne Boyd plus Le Mans rookies Rob Hodes/Garett Grist placing sixth, seventh and ninth respectively. Meanwhile Patrice Lafargue and Erik Maris enjoyed their United debuts, placing 14th in race one, and revelling in the excitement of competing on home soil. The Le Mans results earns United seventh in the standings, with the fourth round taking place in Barcelona on 20 July.

“I really enjoyed race one as there is nothing as epic as competing at Le Mans. Matt did a great job. What a fantastic result in race two. P6 and P1 for Ligier. My stint was about trying to avoid the chaos, with car parts and everything else flying around, stay on point and not make any mistakes and I checked that box. Matt then did a great job. I’m thrilled with the result.”

“I got decent banker laps in to go P4 in quali before a slow zone period which left me with one lap at the end to improve. But I made a mistake in sector one, ran wide and slid down the wall just before Tertre Rouge damaging the car’s nose. It annoyed me massively as it was the first time I’d damaged a car for over six years. It was great for me to start race one, ‘pro’ drivers don’t normally get the opportunity in MLMC. I battled my way up to second place but it was a shame to get the Safety Car in my stint. Race two was great, and what we hoped Thursday was going to be like until the Safety Car came out. Naj and Jim had a great race together which meant me and Wayne went back out together and we had a great battle. I managed to pip him when he made a little error, got the run on him then got a break in some traffic and managed to get the gap out. The car felt great. We maximised what we had and had some great racing as well so very happy.”

“The team did an unbelievably good job changing the nose at the start of quali to get me out for a couple of timed laps so that we could at least qualify for the field. Race one was terrific - a lot of fun, especially considering it was my first time at Le Mans. We had really good strategy and made up a couple of places in the pits, while Garett did a terrific job. Finishing P6 on the road and first Ligier was as good as we could have done putting aside the time penalty. My own pace could have been better but we will work on that and get it up there. The strategy and engineering has been impeccable while the pit-stops were lightning fast so all-in-all, a great team experience. I’ve loved the whole weekend and has been a lot of fun.”

“Qualifying could have been better on my Le Mans début having got one lap on dry tyres in FP1 and another two laps in FP2 on wets. I was looking good for P3 or P4 just as a slow zone came out wrecking that lap. After the slow zone period, I had to go wide to avoid the dirt Matt had thrown onto the track after his off, my car snapped and I broke the front splitter on a bollard. But race one was a big result for us – or at least should have been! After the pit-stop I was in around P18 but got up to P6 in three laps. If there hadn’t been a slow zone during the final laps P5 was doable. The team did an amazing job on strategy and in the pits but then we got a post-race penalty. Race two was similar to Thursday’s race, where I just tried to get through traffic, pass guys and make my way through the field. In both races the car was good and Rob brought the car back perfectly. A good job by the whole team, mechanics and engineers. It’s a long, busy weekend and everyone did a great job.”

“It’s always an amazing experience to be at Le Mans. The car was good for qualifying but I hit so much traffic. Race one was disappointing as we had an unlucky break with the Safety Car that didn’t help our strategy when I took over from Wayne. I made a great start in Race two and managed to skirt around the action at the front on lap one. I pitted in a pretty strong position and Wayne did an awesome job to get seventh, so I think it was a success overall.”

“I can now say I’ve raced at Le Mans which is pretty cool! Trying to get track position in qualifying was very messy combined with heavy traffic combined with slow zone stuff. I qualified P8 but that lap was annoyingly deleted for a slow zone infringement dropping me two places on the grid. I made up places in the opening laps and handed the car to Naj in P5 which was pretty good but we ultimately got penalised. Race two was also really enjoyable to be honest, a good recovery from a disappointing qualifying. Naj had a good stint and then Matt and I had a great battle, trading some fast times.”

“Race one was my first race in LMP3 so I was surprised when I jumped on the brakes and that is why I made a mistake. I was quite surprised how much fun LMP3 is and also how United are so professional.”

“Race one was fun and exciting – if short with the Safety Car intervention. Unfortunately our car lost time during the driver change when the steering wheel wouldn’t go back on. But it’s been all about having fun and enjoying the drive here. United gave Patrice and myself a lovey race car.”

“Two solid races from the four United cars and great to finish the top Ligier on the road in both once again. The team has performed well in this event each year since Martin Brundle qualified in pole, finished second and Guy Cosmo set the fastest race lap in 2016 – a year before John Falb and Sean Rayhall won the race for us.”

“We are satisfied with what we achieved – none of our drivers could have done any more on this occasion. It was a shame about the penalties in race one but it happens. A podium would have been a good reward for the hard work but it was not to be on this occasion.”