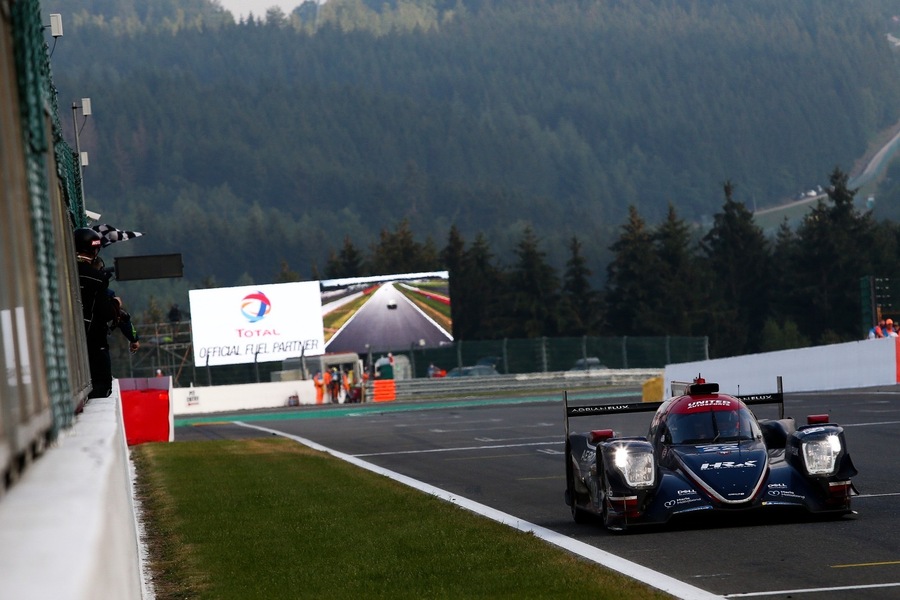 United Autosports have won round six of the FIA World Endurance Championship at Spa in Belgium today, as racing resumed after the extended break.

This Spa victory marks the third consecutive FIA WEC win for the team, after taking wins at Bahrain and Circuit of the Americas earlier in the season. This is also the team’s second win at Spa in as many weeks, after Phil Hanson and Filipe Albuquerque won the four-hour European Le Mans Series race only six days ago.

Phil, Filipe and Paul Di Resta now head into the Le Mans 24 Hours with a 24-point championship lead ahead of their nearest rivals.

Meanwhile, United’s European Le Mans Series and Micheline Le Mans Cup teams now move on to the third round of the season as both series return to Paul Ricard, France for the Le Castellet 240 on 28-29 August.

Filipe Albuquerque lined up on the front row of the LMP2 grid after Paul Di Resta and Phil Hanson combined to score United’s second WEC pole position, the team’s third LMP2 pole in a row and their second pole at Spa in as many weeks. Unfortunately, the heavens opened an hour before the start of the race, leading to race control deciding to start the race behind the safety car.

After four laps the safety car came in and racing was underway. Filipe immediately began to drive away from the rest of the LMP2 field as they battled amongst themselves behind him. After 53 minutes, Filipe brought the #22 in for the first pit stop and went back out again, this time on slick tyres. With just over an hour of the race gone, the safety car was called out once again to rescue a stranded GT car. Once racing resumed, Filipe held onto the lead, while coming under severe pressure from the #29 before pitting once again for fuel only. After a battle with the #29 as the rain got heavier, Filipe dropped to second before pitting once again for wets, returning to the track with just over four hours left to run. With two hours and 20 minutes gone, the rain began to fall heavier once again, making driving conditions virtually impossible. Five minutes later the safety car was deployed due to the treacherous conditions. While under safety car conditions, Filipe pitted the car and handed over to Phil Hanson with two hours and 45 minutes of the race gone. As the race reached the half way point, the safety car came in and we were racing again, with Phil now in second place. After a drama-free first stint, Phil pitted for slick tyres and fuel and made his way back out on track again. After dropping to third momentarily, Phil was soon back on the tail of the #36 car, hounding him for second place. With one hour 37 minutes left, Phil took back the lead of the race before pitting to hand the car over to Paul Di Resta. Paul re-joined the track just ahead of the #36 but the momentum was with Thomas Laurent up Eau Rouge. One lap later, Paul reclaimed second place as he passed Laurent into La Source and began to pull away, hunting down the leading car. A few laps later and a huge accident for the #36 brought out the safety car and the pack was bunched up once again. Paul began pulling away once again and caught and passed the leading car before pitting for the final time. He once again reeled in the leader passing them to take the lead and bring the car home for the win. 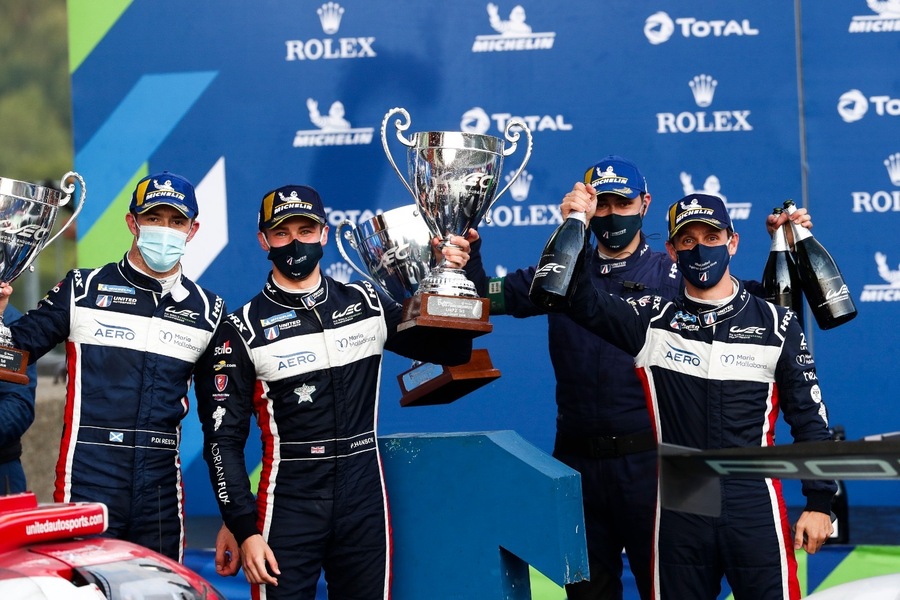 “It was a really tricky race with the conditions. I was in for the second half of the torrential rain under safety car and then the restart, and then all the way to nearly bone dry conditions. So, I got a fair bulk of the bad conditions. I knew what I had to do this weekend and that was to maximise points so I knew I had to take a margin. As soon as it dried I think I was as quick as anyone, but I had been extra cautions, especially as I saw other cars making mistakes in those conditions. But I managed to hand the car over in one piece and in a good position, knowing the other teams still had to put their slower drivers in. On the whole, it has been a very good weekend to top off a very good two weeks with two poles and two wins and leading both the ELMS and WEC championships."

“It’s kind of ridiculous the momentum United, Phil and I have at the moment, along with Paul in the WEC. It’s nice to remember the beginning of United’s LMP2 programme and how it was a hard fight back then and now we are just completely riding the wave with three wins in a row in WEC and two wins in a row at Spa and leading both the ELMS and WEC championships. There is a lot of dedication and evolution from Phil. Obviously, no one does it alone, and a big congratulations to the whole team because we are enjoying the moment and we want more of course. The biggest one is Le Mans. We need to keep focused for that because the past is the past and we always need to improve.”

“I think the whole race was managed pretty well. Obviously, you’re up against it when you’re at the front but it was managed nicely by everyone. We lost the lead a few times but managed to get it back when it mattered and I think we always had the championship in the backs of our minds. Now it’s onto Le Mans. We got some nice points in the bag here and it would be nice to continue that winning streak into Le Mans and I think we are in the best position to do that. The biggest thing for me was getting back up to speed after being out the car for so long, but I felt comfortable again. I’m looking forward to getting back to what is probably the best race in the world but now the hard work is over to United. The preparation I know is big and that’s where you’ve got to thank the team for the efforts they’re going to put in ahead of getting to Le Mans.”

“I’m super excited for the team after the result today. Huge congratulations to them for all their hard work over the last two weeks to get us the results they have. The next WEC round is Le Mans and I can’t wait to get there now and see how we get on. I hope we can continue the way we are going at the moment. I know the team will give it everything ahead of the next one.”

“This is slightly unbelievable. I don’t know if we are elated or a little bit stunned with the run we are on at the moment. We definitely can’t get complacent. We have been in this business long enough to know these runs don’t happen very often and don’t last so we have got to keep working hard at it but also enjoy it while we can.”