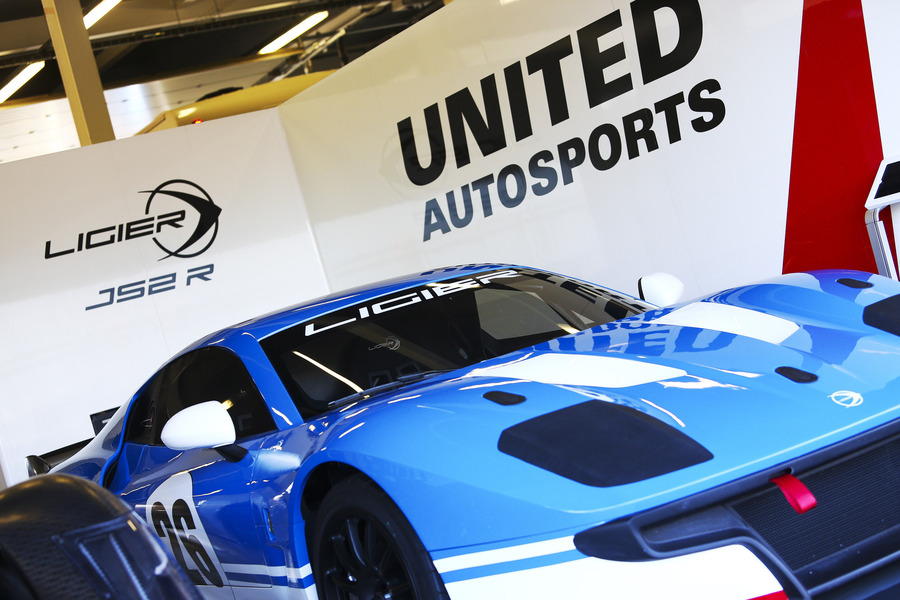 United Autosports will be appearing at the Autosport International Show next week displaying the latest range of Ligier sports cars, as well as representing HRX race wear for the first time as HRX UK.

At this year’s show, United Autosports, who are exclusive UK agents for Ligier sports cars, will be displaying the brand new GT car from Ligier Automotive, the Ligier JS2 R. The car made its UK debut at the Motorsport Days Live event in November last year, but it will also be on display next week at the NEC in Birmingham as part of the Autosport International Show. The Ligier JS P4, which made its UK debut at the Autosport Show in January 2018, will return to the show once again in 2019 joining the Ligier JS2 R on the United Autosports stand.

The latest addition to the United Autosports portfolio of companies it represents is HRX race wear. HRX was founded in 2012 by Italian Ago Alberghino after many years in the motorsport business. The company now specialises in the production of FIA fireproof clothing from race suits and boots to fireproof underwear. HRX, based in Turin, Italy, is now an established name in the automotive industry and has grown worldwide. As UK agents, United Autosports will provide the UK motorsport market with a bespoke race suit fitting service, with specially customised race suits available to order directly from HRX UK both online and at specially selected race events. Race suits and equipment will also be available to order and buy from the stand at the Autosport International Show.

Not only will United Autosports be displaying the Ligier JS2 R and the Ligier JS P4, but they are also loaning cars to various stands elsewhere in the show. The 1970 March 701 will be part of the Motorsport Images display, while the Ligier JS P217 that Fernando Alonso raced in the 2018 Rolex 24 At Daytona, will be on display honouring the career of Lando Norris, Alonso’s team mate alongside Phil Hanson in the 2018 IMSA opener. One of our Ligier JS P3s will also be on display next to the Le Mans Esports stand 1510 in hall 1.

Representatives for HRX UK and Ligier UK will be available to speak to on the United Autosports stand – stand 2360 in hall 2 – for the duration of the show, running from 10-13 January 2019 at the NEC in Birmingham.

“Our aim as United Autosports has always been to develop beyond being just a race team to become a much more complete motorsport business. Our business has grown over the years and we are now at a place where we not only recommend products we use in our race team but we represent many of these companies here in the UK; Ligier sports cars, HRX race wear, AERO Paint – we use all these products at the very highest level of sports car racing and we are very proud to represent them. I have known Ago Alberghino the CEO of HRX for a long time and he approached us to represent him in the UK as the HRX brand is growing rapidly. It is the perfect fit for our business, we have been using HRX products from modern day Le Mans 24 Hours racing to our historic motorsport activities. Our relationship with Ligier is also getting stronger every year and we are proud to be able to show the latest cars in Ligier’s growing range of race cars. The 2019 ASI show will be no different with the fantastic Ligier JS2 R GT car on our stand throughout the show”

“I’m really happy to team up with United Autosports to create HRX UK. My company has grown rapidly over the last few years and to have a distributor in the UK that can specifically deal with the growing number of customers in the UK is great for me and United Autosports. I’m looking forward to being at the Autosport Show with them to launch this venture together.”