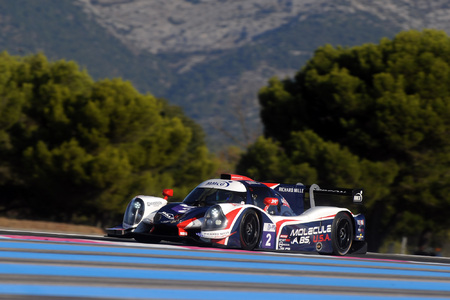 United Autosports will host their second exclusive two-day test at Snetterton circuit in Norfolk next week.

On 7th and 8th September, Ligier customers and teams can join United Autosports at the host circuit for the inaugural Prototype Cup race.

The British Prototype Cup event will be held on 8th and 9th October and will be run by Bute Motorsport, organisers of the successful GT Cup. The series has adopted the rules and regulations set out by the Automobile Club de l’Ouest (ACO) who run the European Le Mans Series (ELMS). The entry forms for the Prototype Cup are now available on the Prototype Cup website – www.prototypecup.com

United Autosports will also host their third two-day test at Snetterton on 3rd and 4thOctober in the lead up to the Prototype Cup. The team have confirmed their six drivers for their three-car team in October’s race and will be announcing their driver line ups in the coming weeks.

“Once we became UK agents for Onroak Automotive, we wanted to give our LMP3 and CN customers the opportunity to test somewhere with our support, so we decided to book three different tests at Snetterton in the lead up to the Prototype Cup. I’m pleased we have confirmed our six drivers for the race in October – we’ve got some great drivers joining us. We have been working closely with Bute Motorsport on the launch of the Prototype Cup and we are hoping that everyone will get behind this new series and give it the support it deserves.”