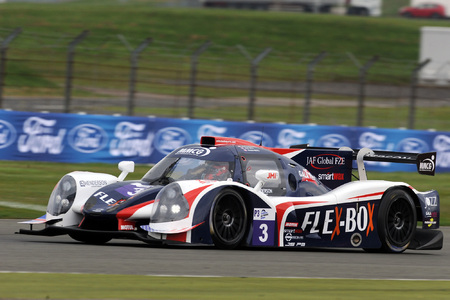 United Autosports have confirmed their intention to enter the inaugural round of the Prototype Cup held on the Snetterton 300 circuit on 8-9 October.

The team, who were recently announced as UK agents for Onroak Automotive and their Ligier LMP3 and CN sports cars, will enter the UK-based prototype series, run by the GT Cup organisers, with their pair of Ligier JS P3 sports cars.

The Leeds-based team will enter the first round of the newly founded championship to offer their support to the Prototype Cup and to show the Ligier JS P3 cars off in the UK.

As part of their deal with Onroak Automotive, United Autosports will offer a track support service to their customers for the 2017 season.

The Snetterton race weekend will feature a 30-minute practice session and 30-minute qualifying on Saturday, followed by a 20-minute warm up and 60-minute pit stop race on Sunday. The championship organisers have today (23 April) launched a full season series for 2017. For further information on the Prototype Cup, visit www.prototypecup.com

“The European Le Mans Series and the LMP3 category has been a huge success, but at the moment there is no ‘feeder’ series for the championship. The Prototype Cup will provide both teams and drivers with a platform to race these types of sports cars in the UK and the GT Cup promoters have our full support. We are really excited at the thought of racing our Ligier JS P3 cars in the first Prototype Cup event and to be racing them in the UK. We are enjoying our debut in the European Le Mans Series and to bring that type of racing to the UK is fantastic.”

“I am very much looking forward to our inaugural event at Snetterton in October to showcase the new 2017 Prototype Cup series. The cars look fantastic and the interest from teams and drivers is increasing on a daily basis. We are very happy that United Autosports have entered the event with their cars and we would like to congratulate them on their appointment as sole UK agents for Onroak Automotive.”