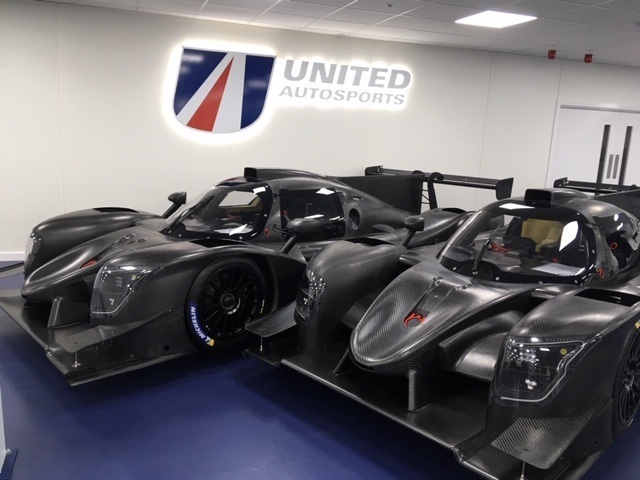 United Autosports are happy to confirm they have taken delivery of the first two brand new Ligier JS P320s.

United Autosports have committed to six of the brand new Ligier JS P320s for their range of global LMP3 motorsport activities.

The team picked up their first two brand new Ligier JS P320s from the Ligier Automotive factory in Magny Cours over the weekend and have already arranged a development day at a seven-post rig test to begin work ahead of the 2020 season.

The Ligier JS P320 is one of the four new chassis selected by the Automobile Club de l’Ouest (ACO), which will be homologated for the 2020-2024 period. The Ligier JS P320 will be eligible to race in the European Le Mans Series, the Michelin Le Mans Cup and the Ultimate Cup Series from next year, but won’t be available for the Asian Le Mans Series until the 2020/2021 season. The IMSA Prototype Challenge in the USA will accept the new generation Ligier from 2021, with the Australian LMP3 Cup accepting the car from 2022.

“The new Ligier JS P320 looks fantastic and I would like to congratulate the whole team at Ligier for developing the next generation of LMP3 cars. I am certain it will turn out to be as successful as the Ligier JS P3. We have started our own development work immediately with the car going straight to a seven-post rig test. We are pleased to continue our hugely successful relationship with Ligier into a fifth year by committing to the new generation LMP3 car. The Ligier JS P3 served us very well in the first four years so I’m hopeful that will continue into the second generation of LMP3 cars.”