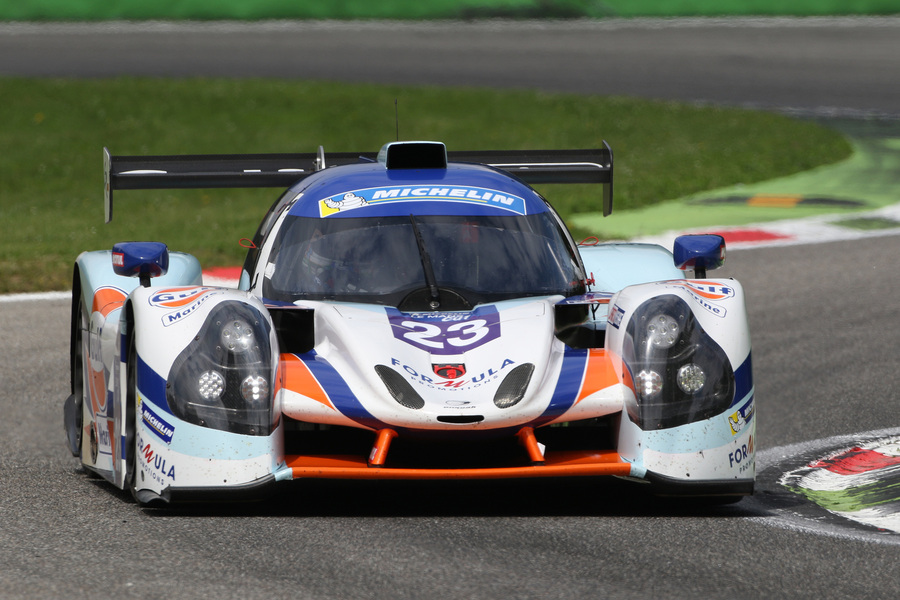 United Autosports’ start to its 2017 Michelin Le Mans Cup campaign saw the Anglo-American team just miss out on a class top-10 result in the opening round at Monza in Italy today (13 May). Shaun Lynn (GB) and Richard Meins (GB) looked set for 10th place but was forced to retire with a broken exhaust almost within sight of the chequered flag while Matt Bell (GB) and Jim McGuire (US) ultimately came home an unlucky 11th in United’s sister Ligier JS P3 when a fuel leak caused a pit-lane start with the loss of a lap.

Lynn, having qualified well earlier in the day for a fifth row start, ran just outside the top-10 early on, the two-hour race getting underway around the ultra-fast 3.6-mile Autodromo Nazionale track north of Milan in warm sunshine and an ambient temperature of 25C. But drama struck the sister car of Monza rookie McGuire even before the green light. The American, having qualified 13th and starting his first-ever race in Europe, lost a lap in the pits having repairs made to the Ligier’s fuel tank after a leak on the grid causing a pit-lane start.

Bell, who raced at Monza in 2012 for United, got his first taste in the race after 59 minutes following a good, steady run from McGuire. Lynn showed good pace and handed over to fellow FIA Bronze-rated driver Meins – the only all-Bronze combo in LMP3 – with 65 minutes gone, Richard and Matt running 12th and 17th respectively after all the compulsory pit-stops had been completed. But Meins, having driven well against many “pro” drivers, pitted and retired with just 5 minutes remaining due to a broken exhaust with Richard set to record a top-10 class placing. Bell, meanwhile, unsurprisingly showing good pace, came home 11th in LMP3 despite coasting across the finish line out of fuel.

The next round of the series is the “blue riband” event of the year at Le Mans next month. Two 55 minute races, staged on Thursday evening (15 Jun) and on Saturday morning (17 Jun), will see United’s regular two-car Michelin Le Mans Cup entry joined by ELMS LMP3 regulars John Falb (US) and Sean Rayhall (US).

“I got my head down to complete a consistent and trouble-free stint. For whatever reason, our car appears to have used more fuel than predicted and for the last seven minutes of the race, I was forced to lift and coast. It was a shame our car had the fuel leak issue at the start but these things happen. Jim completed a great race stint with good lap times and with no dramas which bodes well for the future."

“Getting plenty of track time in the race was very important for me today. A fuel leak was noticed on the grid so the guys wheeled the car into the pit-lane and made repairs very quickly but unfortunately rules prevented us from starting until the race was one-lap old which was like getting a double ‘penalty’. I just chipped away, reeled a couple of guys in, and felt really good out there. No tyre warmers are allowed and so the car was loose in qualifying and then a car just in front of me lost its wheel causing a red flag. When it resumed I just pushed as hard as I could.”

“It’s been really good fun. I had a great start and enjoyed some early dicing with three or four cars. I got myself into a good rhythm, the car was fantastic while I was progressively getting quicker before pitting. Our only problem was that we had pit-to-car radio issues during the race. I really enjoyed ‘qually’. I’d spent a lot of time going through data beforehand but just couldn’t put it all together on-track – a little too rushed and inexperienced I think.”

“I’ve had a great weekend. I took over form Shaun after a good pit-stop. I’ve raced at Monza numerous times and I settled down reasonably quickly despite missing out on track time in practice. I managed to maintain a good pace despite a spin at Turn 1 and a trip into the gravel Lesmo 2 – that was me pushing too hard but frustratingly the exhaust broke a couple of laps from home.”

“The first round of the Michelin Le Mans Cup at Monza was a great opportunity for the team to get some track time and work together for the first time. The next round is at Le Mans, which is going to be a fantastic event.”

“The Monza opener was a tough one for us although I am really pleased the drivers enjoyed the event. I thought they all drove well and stuck to the task and got valuable experience in our Ligier JS P3 cars. Our Michelin Le Mans Cup schedule now takes us from Monza to Le Mans, what other series can boast events like that?”