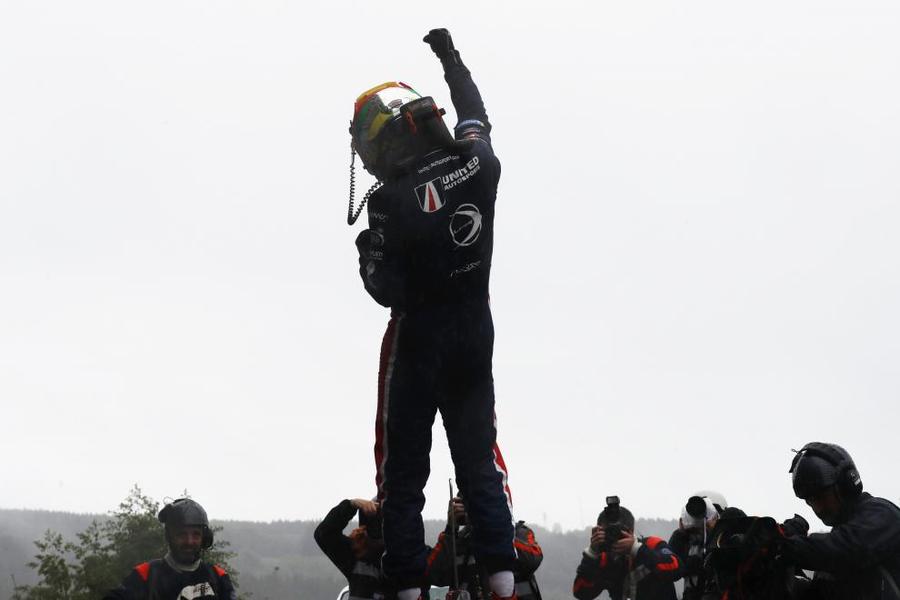 United Autosports make their way to the Algarve this weekend for the final rounds of the European Le Mans Series and Michelin Le Mans Cup.

The team head to Portimao third in the LMP3 standings as Matt Bell, Tony Wells and Garett Grist fight for title glory in the #3 Ligier JS P3. Both our LMP2 and LMP3 teams are hoping to continue their good form into the final round of the year after a spectacular double win last time out at Spa. Phil Hanson and Filipe Albuquerque took the overall race win in the #22 Ligier JS P217, while John Falb and Scott Andrews won the LMP3 class in the #2 Ligier JS P3. Scott will be racing alongside John once again at Portimao, hoping to end the year on a high. The #32 Ligier JS P217 of Will Owen, Hugo de Sadeleer and Wayne Boyd will be aiming to improve on their season best finish of sixth at Spa.

The Michelin Le Mans Cup team are also hoping to go out on a high after Richard Meins and Christian England finished fifth at Spa, scoring their best result of the season. Naj Husain and Colin Braun were unlucky at Spa. After Naj made a great start in wet conditions, he was hit by another car and forced into an unscheduled pit stop, losing valuable places and laps. Matt Bell and Jim McGuire had a mixed race at Spa. Jim made a great start but a few spins in wet conditions dropped them down the order. The pair finished third last year at Portimao and are hoping to repeat that result this year.

The Portimao race weekend begins on Friday 26th October with European Le Mans Series free practice at 11:35. The two-hour Michelin Le Mans Cup race will be held on Sunday 28th October at 09:00, with the 4 Hours of Spa Francorchamps beginning at 12:30 later the same day.

“I’ve never raced at Portimao but it looks like a track that is more exciting than most with its huge undulations. It’s going to be a very tough race with everyone wanting to finish the year on a high, but after we showed strong pace in the dry qualifying performance at Spa, I think we can be competitive and hopefully follow on from a good weekend at Spa.”

“I am really looking forward to the next round. Firstly, because it’s my home race and secondly, we come to Portugal off the back of our victory at Spa. I think Portimao suits our Ligier better than Spa so I am curious to see our speed and performance against the competition. Portimao will be very special because the LMP2 championship is already decided and no one is fighting for that, only for the race win. That can make things very interesting for the crowd.”

“The time has come for our last race of the year. It's a sad feeling to finish up such a fun and educational year with United in LMP2. Portimão is a great place to finish it off and I am happy to return to that circuit again. Our car has always been pretty good on that track, so I remain confident that we can have a shot at a good result. We will all work hard as usual to make sure that we close out the year in an enjoyable and successful manner.”

“We're back to the sunny side of Europe for the last race of the year. Last year we managed to finish on the podium, let’s try to do the same this time round.”

“It’s hard to believe it’s the final round of the championship. We’ve had a tough year but the last race at Spa was very positive for us so we plan to finish the season strong. Portimao is a circuit I really enjoy, a lot of variations of corners and the team were fast there last year. We qualified second and went on to the win the race in LMP3 last year so a repeat is definitely the goal.”

“Getting back on the podium with a win at Spa gives us great momentum to roll into the last round of the season. Portimao is a favourite track for me. With all the elevation changes, combined with mid/high speed turns, it feels like a roller coaster. Scott Andrews will be joining me again to close out the season and we plan to have a blast! We know our car will be good over four hours and with a touch of good fortune we can haul in some hardware.”

“I’m really excited to return to the ELMS with United Autosports. It was a pleasure for me last time out at Spa with the team and hopefully we can repeat our last performance. John is a fantastic teammate and I’m looking forward to being back in Portugal.”

“After a bit of a rollercoaster season I’m looking forward to giving it my all at Portimao to try and win the European title. It’s a track I really enjoy and as a team we went pretty well there last year with a championship win for one car, race win for another, and first podium of the season in Le Mans Cup too. We’re definitely targeting a repeat of that form. Tony, Garett and myself are more determined than ever to get on the top step and bring some silverware home for UA.”

“So after a year of racing, it all comes down to the final round. Portimao is a proper roller coaster of a track and a thrill to drive. To have a chance of winning the championship, our approach to the race is simple – we have to win, then we just see what happens to everyone else. After a great test last week, we might just have a chance.”

“We have a big weekend ahead of us in Portimao as we head into the final round fighting for the championship. We’ll have to have our best weekend to get the job done. I have confidence in my teammates and the team that we can win the championship. It’s been a great first year in Europe and at United Autosports for me. Everyone has welcomed me and made me feel part of their family. Let’s end it on a high note.”

“This season has been a strong effort by all without the results we have hoped for. Regardless we have had great fun and we push on to our last MLMC race of 2018. Portimao is where Matt and I had an epic podium in 2017 and that brings fantastic memories of the look on Richard Dean's face once he laid his eyes on the trophy. That look was the highlight of 2017 for me. At Portimao we will work hard to get good pace with our AERO-painted Ligier JS P3 and hope to repeat our 2017 result. United Autosports has been outstanding. We have an incredible crew behind us both on and off track. I'm excited to take our Ligier out in Europe one more time and let that AERO shine under the Portugal sun.”

“Portimao was where we achieved our first MLMC podium with Jim last year, but it came due to a post-race penalty so we didn’t actually get to stand up there and pop the champagne. It would be great to make amends for that this year. It’s been another great season in this championship driving with Jim, we’ll be aiming to end it on a high.”

“Back to the Algarve for the final race of the year and hopefully, it will be a bit warmer than last year. This will be my second visit to Portimao, so there can be no excuses for not knowing the track and after our fifth place at Spa, I am hoping to end the season strongly and certainly improve on last year's eighth place. You always have mixed emotions at the end of a season-there will always be a few 'might have been' moments but also some great memories to look back on over the cold winter months. As always, Shaun and Christian have been great to share the car with and working with a team like United Autosports just pushes you to a much higher level. We definitely had some bad luck this year, but I have felt much more comfortable at this level and that's been reflected in our pace. Spa was the definite highlight and the photo of me howling up the Kemmel Straight with a rooster tail of spray coming off the back was awesome!”

“I can’t believe it’s the last race of the MLMC season already, this year has gone so quickly! Portimao is a great circuit and one where we won the last race of the ELMS in 2017 so we return with high hopes for another good result. I’ve loved every minute of racing this year with United Autosports and alongside Richard Meins. We have showed some great pace between us and last time out in Spa was our best result of the season in fifth. Let’s see if we can climb up a few more places and onto the podium in Portugal.

“We tested at Portimao earlier in the year as our first event with United. It’s a challenging track and great venue and I am looking forward to the race with Colin. I have learned a lot working together with Colin and United over the past five races and we will push hard for a great result for the final race of the year.”

“I am really looking forward to the final round at Portimao because Naj and I had the chance to test here for our first event with United. Going back to a track for the second time will be a big help in getting up to speed and being able to give quality feedback to Andi our engineer. I really enjoyed the layout and challenging nature of the track and I know Naj did as well. I do wish the season had some more events in it because I’ve enjoyed my time in the MLMC this year and learning these new tracks. I have to say Spa was an incredible layout but I think Portimao may be underrated - what a great track. I know the team, Naj and I will be giving it our all for the final race of the season to finish with a strong result.”

“Heading into the final round of the year still in with a chance of the LMP3 Championship is a great achievement to say we have been pretty unlucky this year. I’m hopeful after a couple of great results last time out at Spa we can continue that momentum into the final round.”

“I seem to say this every year, but I can’t believe it’s already the final round of the season. We go into the Portimao race with a chance of winning the LMP3 title. We are chasing for it this time, rather than being the ones being chased, which shows the level of competition this year. We had a fantastic result at Spa so fingers crossed we can end the year on a high note, before heading to Asia for our winter programme.”