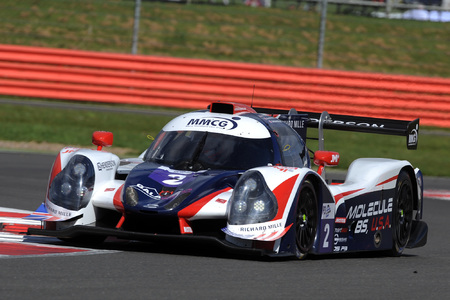 A stunning one-two on its European Le Mans Series race debut sees United Autosports topping the Drivers’ and Teams’ LMP3 points standings and the Anglo-American team are out for another points haul on Sunday (15 May). The legendary Autodromo Enzo e Dino Ferrari, formerly a Formula One Grand Prix venue, hosts the 4 Hours of Imola – a technical 3.04-mile track with twists and turns – a totally different scenario to the Silverstone circuit which played host to the opening race.

The #2 Ligier JS P3 of Alex Brundle/Christian England/Mike Guasch starts the race in Italy with a seven-point lead over the #3 Onroak Automotive-manufactured car of Matt Bell/Wayne Boyd/Mark Patterson. The Imola track will be a new race venue for the much-travelled United Autosports team while only Brundle and Patterson have previously raced there. But after the speed, consistency and racecraft displayed by each driver at Silverstone combined with a clever race strategy and well-executed pit-stops, the Richard Dean and Zak Brown led team are intent on extending its points advantage.

United Autosports clocked up around 1,500-miles in a pre-season test along with all six drivers at Imola earlier this year. Since the Silverstone race, United Autosports has tested at Estoril, the Portuguese track that hosts the ELMS finale in October. Action begins with a free practice session on Friday afternoon (1440-1600 local), a further practice on Saturday morning (0935-1105) then qualifying later that day (1410-1420). The race is scheduled to start on Sunday at 1400.

“The main focus of the weekend after coming off a strong Silverstone result will be to avoid mistakes in traffic and bring the car home for some more championship points. The Ligier was excellent at Silverstone but the character of Imola is completely different so we will have to go back to square one, re-focus and find a nice balance through free practice. I am really confident in the team and my co-drivers. We’ll be pushing for another good result. I’ve previously raced at Imola on two occasions. First time was in a 2009 FIA Formula Two Championship race and the last was two years ago in ELMS. It’s bumpy and technical, like a ‘blast run’ in skiing terms! Imola is a great venue and one of the few truly old school circuits left in Europe, that can be raced on at this level.”

“Coming off the back of our one-two at Silverstone, we are quietly optimistic about our chances for Imola. Our aim is to build upon our victory at round one and back it up with another win to extend our championship lead. We had a very productive test there in March and I think both cars will be strong. It’ll be my first ever race at Imola but fell in love with the track at the test. You are constantly busy behind the wheel, it’s really rewarding when you hook up a good lap. As ever it will be extremely important to deal with traffic efficiently during the race, the track is very narrow in places and overtaking will be difficult with over 40 cars on track.”

“I have not raced at Imola before. I like the track flow and elevation changes. I felt good in testing there and so feel that we can be competitive. I plan on being fully prepared for the upcoming race weekend and look forward to building on our success from Silverstone.”

“This will be my first race at Imola but we tested there and so I do have some experience of the track. It’s an amazing circuit, one of Europe’s best for sure, a bit like Oulton Park on steroids! The test went very well, and after the result at Silverstone I’ve got very high hopes going into the Imola race weekend. Although we achieved a fantastic result in round one, there were a few areas for us to tidy up, so if we do that a win is definitely there for the taking.”

“Our test earlier this year was my first experience of Imola and we had a fantastic few days there. All of us showed good pace so I feel quietly confident. I’m really looking forward to going back behind the wheel especially considering how well Silverstone went for the entire team.”

“Coming off our recent double podium at Silverstone, both United Autosports driver squads will be focused on consolidating our strong start. The combination of well-engineered cars, fit and focused drivers, plus a unique race track – a perfect combination. I made my Imola race debut last year in the corresponding ELMS race when our car finished second in LMP2. It was actually one of my best ever stints. I liken the track to various curries. It’s mild, hot and insanely hot! There’s talk of F1 coming back to Imola – and why not? What a meaningfully challenging race track!”

“We had a great result at Silverstone and I couldn’t have asked for more after the hard work the team had put in. We are looking forward to Imola and hope to recreate that result once again.”

“To come to Imola after our one-two result at Silverstone is a great feeling. We have to be realistic though – Imola is a very different track to Silverstone so we must be fully focussed on getting the right set up for both cars to give us the best chance of repeating our opening round success. We are also aware that our nearest rivals will only get stronger too so we have to keep our heads down and work hard to get a good result. We tested at Imola back in March and we came away feeling positive about what we had learnt.”