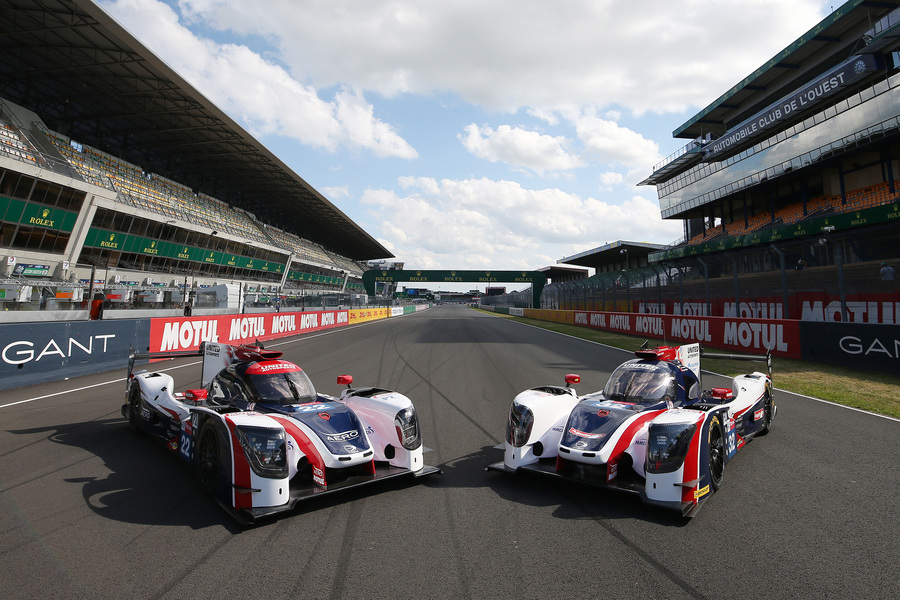 United Autosports will contest their second Le Mans 24 Hours next week, as they prepare for the largest endurance race in the world with their pair of Ligier JS P217s.

The team’s European Le Mans Series regulars, Phil Hanson and Filipe Albuquerque will be joined in the #22 Ligier by Phil’s IMSA team mate, Paul Di Resta as the trio team up for the first time. This will be the first time Paul has raced at Le Mans.

The #32 Ligier will be piloted once again by Will Owen and Hugo de Sadeleer. They will be joined by former F1 star, Juan Pablo Montoya as he makes his Le Mans debut with the team.

Both cars successfully completed the official test last weekend – Paul Di Resta the only driver not in attendance due to DTM racing commitments. The cars completed a total of 145 laps, almost 1,230 miles over the eight-hour test day, with #22 finishing sixth and #32 14th. Wayne Boyd was also present at the test as reserve driver, completing his mandatory laps to be eligible to race in the 24 Hours.

In 2017, the team finished fifth overall and fourth in the LMP2 class. They were also the first to finish of the ELMS field, they finished as top Ligier and they were the LMP2 team that spent the least amount of time in the pits.

“It’s nice to come to Le Mans and it feel familiar. Obviously last year was my first time racing at Le Mans so it’s nice to know the track and not have to think about where I’m going, it just comes naturally. It fills me with confidence and I remember last year I was miles off the pace during my first laps, but I’m sure lots of drivers get that feeling the first time they come here. It’s such a uniquely difficult circuit, but the test went really well and we made an improvement on last year as we are using the new update kit from Ligier, so hopefully we are closing the gap to the Orecas. They seem to still have the advantage at the moment but hopefully we will get closer and if we can have the same reliability like we did last year, with a quicker car and a quicker driver line up I think anything is possible, especially as we are at the front of the Ligier pack too.”

“It’s great to be back at Le Mans with the Ligier which we now know is much quicker in a straight line, which is awesome, but we still have some deficit on pure lap speed to the Orecas. We know it’s going to be hard to go for a single lap based on speed to beat the best, but we are much more consistent and better than last year and we ended up P6 at the test and ahead of many of the Orecas, so for the race I think we can only get better.”

“Obviously I’ve never been to Le Mans and I’ve never done the race before but I’m really looking forward to getting there and undertaking the challenge of what is probably one of the world’s biggest races. I’ve looked at it over the years but given that I’ve had a good time in the endurance racing I’ve done with United so far this year and with the good driver line up we have with Phil and Filipe, it excites me that hopefully if I can get up to speed we can have a good race. It’s going to be a long, busy week with plenty for me to take in. I’m going to try and take as much experience from Filipe to enable us to have the best car. It’s a big challenge but one I feel ready for.”

“The test was really good. We had a few issues with the car in the morning but the guys got it sorted out quickly. We worked on a lot of different changes with the car, but there’s still a lot of work to do. I think compared to last year, we are much more where we want to be at this point and look where we finished last year. You never know what can happen though, not even until the end of the race so we have to keep our expectations open at this point. It was good working with Juan and hearing his perspective on things and of course being back with Hugo is great. I’m excited to see how it goes.”

“I’m really pleased with how the Ligier has improved from last year and I think we have a great baseline for the race. The car feels comfortable for all of us and Juan Pablo is settling in well. It’s great to have Juan Pablo join the team too to work alongside Will and myself. I’m really excited to be back at this race considering how much better the pace is I think we really have a shot at another good result, if not the win.”

“I was surprised how much I enjoyed the circuit. It’s a challenge and not easy because there’s so many bumps and tricks that you have to learn, which will get easier the more track time I get. I love fast corners and this circuit definitely has them. I was pretty happy after the test. The car is very different to the one I race in America, including driving on a different side of the car! United are a great team, they were really well organised and they have a great set of mechanics and people working for them. When the opportunity came to race, I thought it would be cool and there is no pressure so I’m looking forward to enjoying the race week."

“I think the Ligier has improved significantly from this time last year so I think we will have a good week at Le Mans. It’s great to have Juan and Paul join our regular bunch of drivers too. Fingers crossed we go as well as last year, if not slightly better.”

“I can’t believe it’s that time of year again where we are getting ready to start the biggest race in the world. It only seems like five minutes since we were celebrating our great result last year. A lot of work goes into an event like this and a lot has been done from the Ligier factory, getting the car closer to the Orecas in the speed traps and generally working on an improved update kit. I felt more positive leaving this test last week than I did last year, and we ended up getting an outstanding result in 2017 so who knows what can happen.”