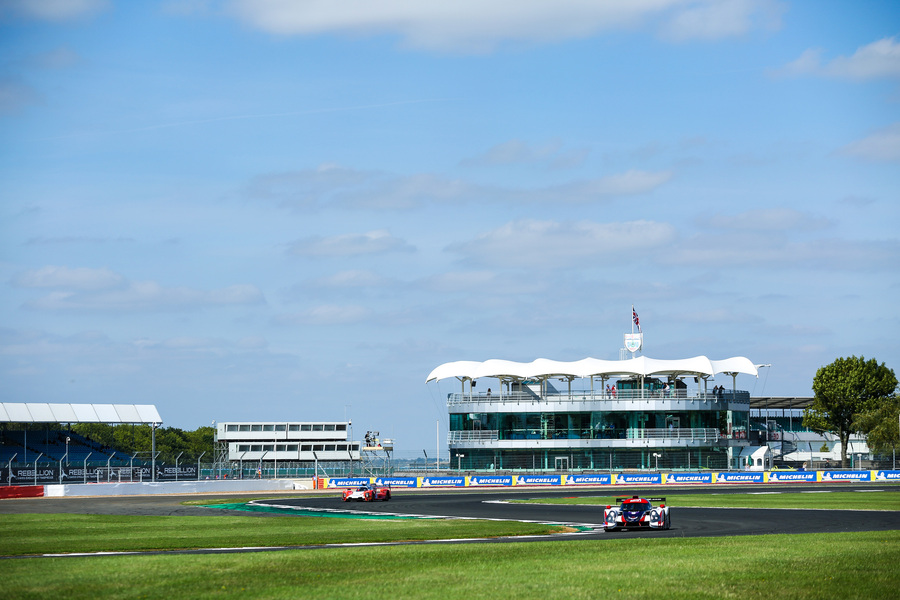 United Autosports make their way to Silverstone this weekend for both their FIA World Endurance Championship debut and round four of the European Le Mans Series (30 Aug-1 Sept).

The ELMS/WEC weekend begins on Friday 30August with ELMS Free Practice 1 at 09:55. The four-hour ELMS race will begin on Saturday 31 August at 14:30 with the four-hour WEC race starting on Sunday 1 September at 12:00.

United Autosports prepare to make their FIA World Endurance Championship debut this weekend with Phil Hanson, Filipe Albuquerque and Paul Di Resta behind the wheel of the #22 Oreca 07.

The trio had a successful pre-season two-day test at the official Prologue held at Barcelona last month, setting the fastest time on the first day and the second fastest time at the end of the second day.

The Silverstone event marks a busy weekend for Phil and Filipe who will also be contesting the ELMS race on the same weekend.

The team head to Silverstone for round four of the European Le Mans Series aiming to continue their good form at their home race. The LMP3 team won on their ELMS debut back in 2016, followed by two further Silverstone wins in 2017 and 2018. In 2017, the team also won on their LMP2 debut, marking their first multi-class double podium.

Last time out at Barcelona the #2 Ligier JS P3 of Garett Grist, Wayne Boyd and Tommy Erdos finished third, scoring their second consecutive podium of 2019. Mike Guasch and Christian England had a tricky start to the Spanish night race, but pulled it back to lead the majority of the race, only to finish fifth at the end of the four hours.

“I’m really looking forward to the fourth round of ELMS. I think there’s a strong possibility we iron out our weaknesses thanks to some of the changes United has made to help our qualifying performance, which will allow us to be nearer the front in the early stages of the race where we have been losing out the most to the other competitors. After a very promising WEC prologue, I’ve been itching to get back out on track after over a month’s break. It’s always important to get the championship off to a strong start so I will be giving it everything to try and maximise the points to start of our WEC campaign.”

“I am very excited for this busy weekend at Silverstone. There is a lot happening with ELMS and WEC which makes it a great event, with Phil and I doing both championships and with a new car. I aim for the podium in both races and I really think we have all it takes to be successful. United is well prepared and the test at the Prologue with Paul and Phil was very promising.”

“I’m really looking forward to the weekend especially given the effort everyone’s put in before Barcelona and especially in the lead up to the first race, getting the team restructured to take on the Oreca. We had a very positive test and it leads nicely into the first round coming up. It’s nice to be on home soil at Silverstone. The weather looks nice and stable, but the main thing is to aim for a podium as I think that will set the championships up nicely for us.”

“I’m really excited, as always, to be back at Silverstone, especially with United Autosports. I have fond memories of the first win of our championship season in 2016 and setting pole on my debut WEC season as far back as 2012. I’m really proud and thankful for the home of British motorsport as a member of the BRDC. It’s one of the best places to drive a sportscar worldwide, so I’m ready for the weekend.

"I’m looking forward to getting back on it at Silverstone and erasing the disappointment of Barcelona, where as a team we deserved a lot more. There’s still three races to go and lots to play for. I think if we can put in a strong performance we will be near the front, although it won’t be easy as this is a tough field, but as always Alex, Will and myself will be pushing hard especially at this, United’s home race.”

“Silverstone is exciting because I have a good memory there. My first race with United Autosports was at Silverstone and we won! That was unexpected and I didn't have any expectations going into the race. Now I have a lot more experience and am much faster than I was back then, but that doesn't mean another win here will be easy. The ELMS has grown to be more competitive since then and it will take good coordination and effort from every team member to get back on the top step. I fully believe that our team can do that.”

“I’m excited for Silverstone. We ran well here last year, winning the race so I’m hopeful we can continue our success at Silverstone. We have great momentum after two straight podiums at Barcelona and Monza so I’m looking forward to carrying that on.”

“I’m very excited for Silverstone. It’s the home race for the team and although I’m Brazilian, I live in the UK so it’s my second home. We’ve had some good results in the last few races so I’m really looking forward to at least doing the same again, but we are getting a bit fed up of third place so we are hoping for more. There’s a good buzz around the team and we are quietly confident that we can put on a good performance.”

“I always look forward to racing at Silverstone. It’s my home race but it’s also one of my favourite circuits. We had a fantastic race in Barcelona with strong pace for us all so hopefully we can carry that on for Silverstone. We will be pushing for a home win once again for United.”

“I’m looking forward to the ELMS race at Silverstone. The last time I was here racing was in 2016 with United and we won that race so we are quite excited that we could come back and do that again. Our pace is picking up. We have had a rough start to the year but it’s coming along nicely. We had a good test last week at Silverstone so let’s go make it happen.”

“I’m looking forward to racing again at Silverstone as last year it wasn’t on the Michelin Le Mans Cup calendar. Everyone says the same, but the Maggotts/Becketts section of the track is so rewarding with a car that has downforce. Mike and I had a positive result last time out at Barcelona so we will be looking to build on that here and get on the podium. As ever the competition will be extremely tough but it’s what drives us on.”

“I’m looking forward to our double-header Silverstone weekend. The team has worked hard on preparing for our FIA WEC debut. The ELMS team have had some good results in LMP3 in the last few races so fingers crossed that continues.”

“We have a busy weekend coming up, but I’m really looking forward to it. Our ELMS team have had success at Silverstone in the past so it would be nice to continue that form and we also kick off our WEC programme. A lot of work has gone into this weekend and it would be a nice reward for the team to get some good results in both championships.”