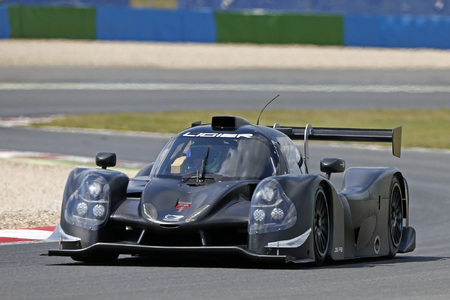 Tockwith Motorsport, based in North Yorkshire, will enter the inaugural Prototype Cup race at Snetterton on 8-9 October with Phil Hanson and Nigel Moore. They then intend to take part in the full 2017 Prototype Cup season, with their ultimate aim being a European Le Mans Series entry in the future.

This year, Tockwith Motorsport are racing in the Britcar Endurance Championship, where they won the season opener at Silversone with their Audi R8 LMS GT3 car. They will also race in the Michelin GT3 Le Mans Cup with the same Audi. The team are best known for racing a range of Ginetta machinery, with Nigel Moore racing in the Le Mans 24 Hours with the factory team. At 17, he was the youngest Briton to enter the prestigious race.

United Autosports have now confirmed they have made a further four sales of Ligier JS P3 cars since being announced as sole UK agents for Onroak Automotive – the first being sold to Mike Guasch, which will be shipped to the US for testing in the coming weeks.

United Autosports have also confirmed their entry into the inaugural Prototype Cup race at Snetterton with two of their Ligier JS P3 cars. They are currently racing their LMP3 cars in the ELMS and scored a one-two finish at the opening round at Silverstone (16 April).

“We have been watching with interest the impressive LMP3 class grow over the last six months. As soon as I heard United Autosports would be UK agents for Onroak Automotive’s LMP3 and CN cars, I was straight on the phone to Richard [Dean] to see if we could work out a deal for Tockwith to buy a Ligier JS P3. We agreed to buy our first car at the Silverstone ELMS round and now we are all really excited to start testing and racing with it. Tockwith will enter the first Prototype Cup event at Snetterton later in the year with Phil [Hanson] and Nigel [Moore] and we will do the full season in 2017. Our aim is to race in the European Le Mans Series too so this is such a great step towards that goal.”

“We are pleased to be able to sell our first UK-based Ligier JS P3 to Simon Moore at Tockwith Motorsport. I’ve known Simon and Nigel for a long time and it’s great they will enter the debut round of the Prototype Cup at Snetterton in October, with the intention of entering the full season in 2017. We feel privileged to work alongside Onroak Automotive to sell their cars in the UK and to support prototype racing in the UK. The Prototype Cup is perfect for teams like Tockwith as it gives them a stepping stone to the ELMS and eventually Le Mans. It’s definitely something that has been missing in the UK.”