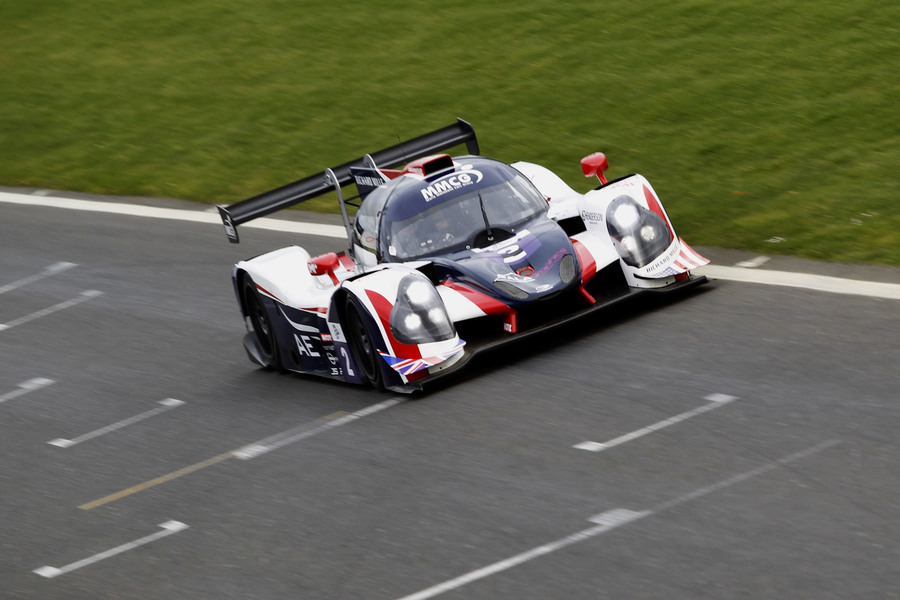 United Autosports are preparing to enter the first round of the Henderson Insurance LMP3 Cup Championship this weekend at Donington Park (22-23 April).

Fresh from their double win (LMP2 and LMP3) and triple podium celebrations at Silverstone last weekend for the opening round of the European Le Mans Series, the Yorkshire-based team are hoping for a good result in the first race of the ACO-endorsed British championship.

American racer, Andrew Evans will team up with the reigning ELMS LMP3 Champion, Christian England in the #2 Ligier JS P3, with Tony Wells and Matt Bell racing the #3 Ligier.

The Henderson Insurance LMP3 Cup Championship weekend begins on Saturday 22 April with the first free practice session at 10:35, followed by qualifying at 13:10 and race one at 15:25. On Sunday 23 April, qualifying begins at 12:00 and race two will start at 15:40.

“I couldn’t be more excited about the opening round of the 2017 Henderson Insurance LMP3 Cup Championship. I feel confident that with United Autosports’ professional operation, combined with the proven Ligier JS P3 car, Christian [England] and I are in a good position for the first race at Donington Park.”

“I'm really looking forward to racing at Donington Park this weekend. I've not raced at Donington for a while - 2002 was the last time I raced there, but I’ve tested there recently and it was always one of my favourite tracks, where I used to go quite well. It was also at Donington where I first drove for Richard Dean in a JLR Vauxhall Junior on an open test day, which started my car racing career, so I have very fond memories of the place. I'm looking forward to seeing the new Henderson Insurance LMP3 Cup Championship get underway this weekend and to meet my team mate Andrew Evans for the first time. I expect the racing to be very competitive with the teams and drivers that have been announced so far and I can't wait to get stuck in. I think they key will be to get a good setup on the Pirellis, which is a tyre I'm not used to. As always our aim is high but I think we should be right in the mix come the end of the race!”

“I'm really looking forward to working with United Autosports and Matt this weekend, especially as it is the first ever round of the new Henderson Insurance LMP3 Cup Championship. Donington Park is a great track and will suit the LMP3 cars and give us all the ingredients for a great race. After United's amazing result at Silverstone last weekend, we have a lot to live up to!”

“I’m excited to go racing at Donington, it’s always nice to be involved in a new championship and Donington is my favourite UK circuit so I’ll be hoping for a good result. There’s a little bit of pressure after the team’s previous weekend’s performances at Silverstone so the aim is to add some more trophies to the cabinet.”

“I’m looking forward to the first race in the Henderson Insurance LMP3 Cup Championship and I think we have two strong driver line ups so I’m feeling confident we can get a good result. A lot of hard work has gone into making this championship happen so I’m hoping everyone has a good time and there’s some good racing to set the championship up for the year.”