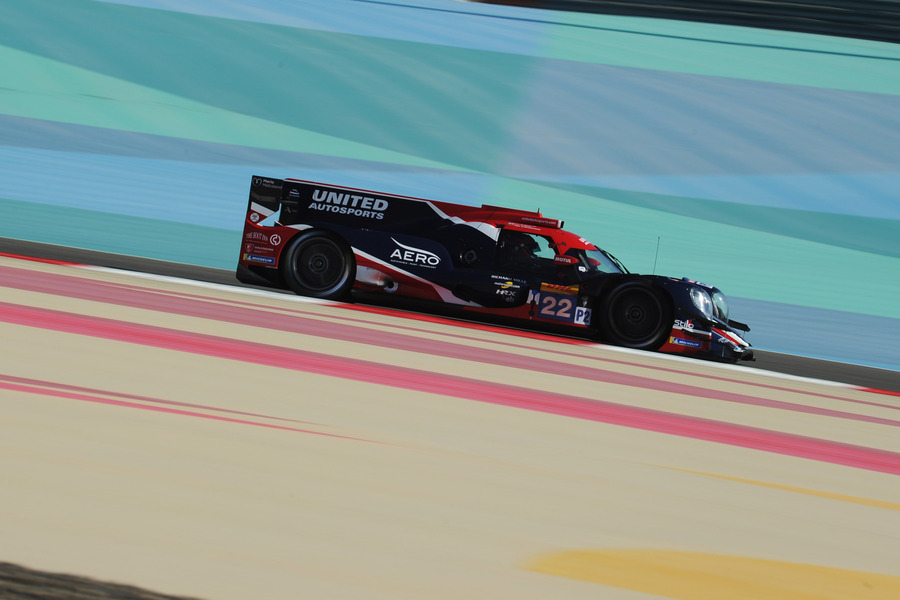 United Autosports are preparing for the next round of the FIA World Endurance Championship this weekend at the Circuit of the Americas, Austin, Texas. (22-23 February).

The British team head to the USA for round five of the world championship after winning the previous race in Bahrain in December last year. The team now lie second in the championship, only three points behind the class leaders.

The trip to COTA will be United’s first visit to the Texan circuit. Phil Hanson has also never raced at the track, but both Filipe Albuquerque and Paul Di Resta have raced there earlier in their careers – Filipe in WEC and Paul during his Formula One days.

So far in the 2019/2020 FIA WEC season, the team have scored three podiums, including third places at Fuji and Shanghai and their maiden world championship win at Bahrain. The 242 laps the team led at Bahrain is the most ever in WEC by the LMP2 winner, outside of the Le Mans 24 Hours, and the second highest overall in class history.

“I’m very excited to be back in the car after my longest break since I started racing. I’m optimistic that we can continue the success that we ended last year on when we won in Bahrain, but at the same time there’s still a lot up for grabs, especially with Le Mans ending the season which is double points. We still have a little bit of time to catch back the few points that separate us from the lead, but I’m excited to go racing once again.”

“I have raced at COTA before in the WEC. Austin is a nice city. I’ve been racing in America for the last few years so I am looking forward to racing there again. Our aim is to take the lead of the championship. Since the beginning of the season we have been catching up to the leaders and now we are only three points away. I don’t see why we shouldn’t be competitive in COTA so I’m really looking forward to getting there.”

“It’s nice to get back to racing again. COTA is a good addition to the calendar after the cancellation of the Brazil round. I’m looking forward to going back. I’ve raced there a couple of times in F1 and have been every year since. There’s a great buzz about the place. It’s a big weekend for the team. We are clawing our way back in the championship and hopefully we will have a flawless weekend following on from Bahrain where we pulled everything together and managed to secure a great result. From there it’s a quick dash to Sebring so it’s a crucial time in the calendar to make sure reliability is key and as drivers and a team we are all focussed on doing the job we need to do.”

“It will be the first time the team race at COTA, but it was also the first time we raced at Bahrain and we did a good job there! I’m looking forward to seeing how we get on. Our aim would be to take the championship lead heading into the second half of the season.”

“I’m looking forward to going to COTA. I love racing in America. Everyone is always very welcoming. We are hoping to continue our good form after Bahrain and take the championship lead in Texas. The team and the drivers are fully focussed on performing the best they can in the second half of the season.”