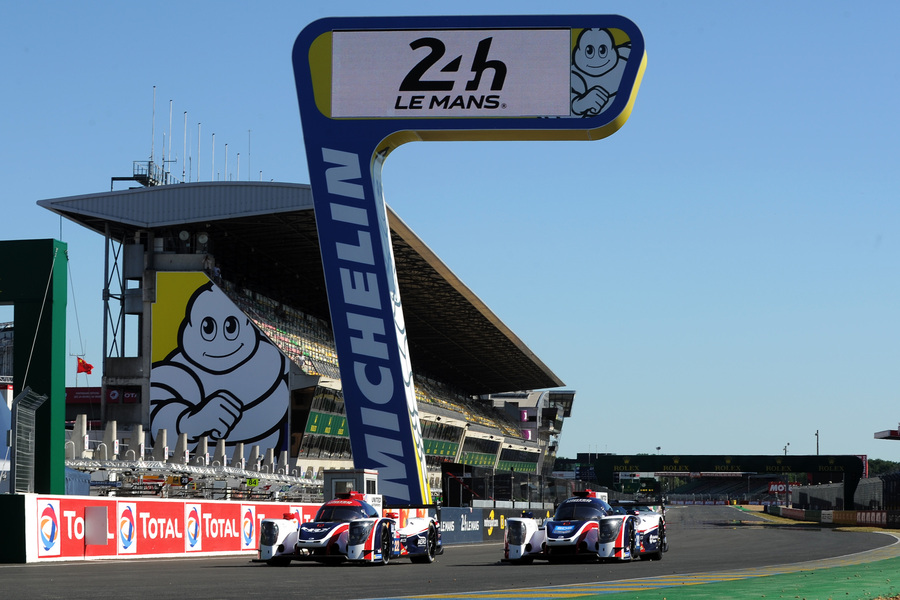 United Autosports are preparing for the biggest race of the year with the 87thrunning of the Le Mans 24 Hours being held next weekend (15-16 June).

The Anglo American team are fielding two Ligier JS P217s in the French endurance race, held on the Circuit de la Sarthe, which is made up of both race track and public roads. This will be the third time the team has entered the 24-hour race, after making their debut in 2017 with one Ligier, finishing fifth overall and fourth in class. In 2018, the team returned with two Ligier JS P217s, with the #32 car finishing third in class, with Juan Pablo Montoya, Will Owen and Hugo de Sadeleer behind the wheel.

This year sees the return of the same driver crew in the #22 Ligier JS P217, as Phil Hanson, Filipe Albuquerque and Paul Di Resta join forces once again. The trio first raced together at Le Mans in 2018, with both Paul and Phil going on to win the 2018/2019 Asian Le Mans Series earlier this year, guaranteeing the team one entry into this year’s race. Phil and Filipe are current ELMS team mates, entering their second season together after winning the final two rounds in 2018.

In the #32 Ligier JS P217 is Le Mans rookie, Ryan Cullen, who will be racing alongside Alex Brundle and Will Owen. This is the third time Will has raced at Le Mans, both previous times being with United Autosports. Alex has raced at Le Mans five times in the past, finishing on the podium twice – once in class and once overall.

Five of the six United Autosports drivers took part in the official test day on 3 June, Will Owen being the only absentee. Phil, Filipe and Paul posted the quickest time of the morning session, ultimately finishing 15th after 82 laps. Alex and Ryan finished ninth after 80 laps.

Not only are United Autosports entering the Le Mans 24 Hours, but they are also entering four Ligier JS P3s into the Road to Le Mans support race, round three of the Michelin Le Mans Cup.

“The test was good. It’s my third Le Mans this year and I think I still have a bit to learn. I struggled to learn where the grip was early on in the first session because I was clearing up the track. Filipe was very quick in the morning session and in the afternoon we were still looking good so we know that we can’t theoretically go any slower which is great. I think we have the potential to go even better when we come back for the race week. On the whole it is looking promising. We all need to be at the top of our game and hope we don’t have any issues in the race.”

“It’s great to be around Le Mans. It’s a street course with such high speeds that it’s always nice. It’s a great track. I enjoyed the car during the test and we have to adapt to the conditions as the track is always changing but we managed to be P1 in the morning but we never know what the rest of the field is doing. We have to just follow our programme and tick things off the check list. We are pretty confident for the race., I think everyone is very close. We can play the game as we are pretty competitive so let’s wait and see what happens.

“This year was the first test official Le Mans test I’ve actually done as I missed it last year. I think you come here and you try and set a few base lines and run through a programme then we have a few weeks to digest what we have learnt before we come back. The track improves massively as its not been used for nearly a year but we ran through the programme and tried to learn as much as possible. I’m quite happy with the laps I had during the test. We all got a feeling of what we are working towards.”

“We got through a massive amount of work during the test day and covered a lot of laps for both Ryan and myself, which is good for him as a rookie. The car ran faultlessly as usual and it’s great for Ryan to get so many laps in, but we still need to knuckle down before the race week. The field is very competitive and we know what resources we have put in the car, with fuel and tyres to get the lap times we have done and I think we are pretty confident in our position but this is never an uncompetitive race so to be at the front is going to be hard work. This is my sixth Le Mans. I had a 50% podium record up until last year so I want that back! At the risk of sounding cliché, it’s a very long race and we will have to do a good job over 24 hours to achieve that.”

“The test was really good. It was great to get the first laps done here. It was definitely an eye opener being the first one out as it was quite low grip but the afternoon was really good. I managed to do some race runs and get some decent pace in which is a good start. It’ the highlight of the year and all I’ve been thinking about is doing the race and experiencing all aspects of it, the pit stops, racing in the dark, I can’t wait.

“I’m really happy to be rejoining United for my third time at the 24 Hours of Le Mans with them. It’s certainly an exciting event in every way and it requires more strength and focus than any other event on the calendar. I didn’t think I was going to get the chance to run this race this year but fortunately I can rejoin the #32 car with Alex and Ryan and hopefully go for a good finish. We have a good car for this year. I know the aero kit is pretty efficient and we went well in the pre-event test, but of course Le Mans chooses who wins and loses, not us, so hopefully Le Mans will decide we do well this year.”

“Le Mans is the biggest race on the calendar and one I am thrilled United get the chance to race in with both their cars. We had a good lead up to the event with the test last week so we are all feeling positive going into race week.”

“This year marks the biggest ever grid at Le Mans with 62 cars. The 20-car strong LMP2 class is very competitive as we saw during the official test last weekend. We do not know what strategies other teams were running during the test day, but we are pretty happy with our preparations going into our third Le Mans 24 Hours. We have two really strong driver line ups so we are hoping for another good result. We know what we have to do and the key is to keep it clean and still be in the fight when Sunday morning comes. This a special event, with a very special atmosphere and we are very lucky to be taking part for a third consecutive year.”