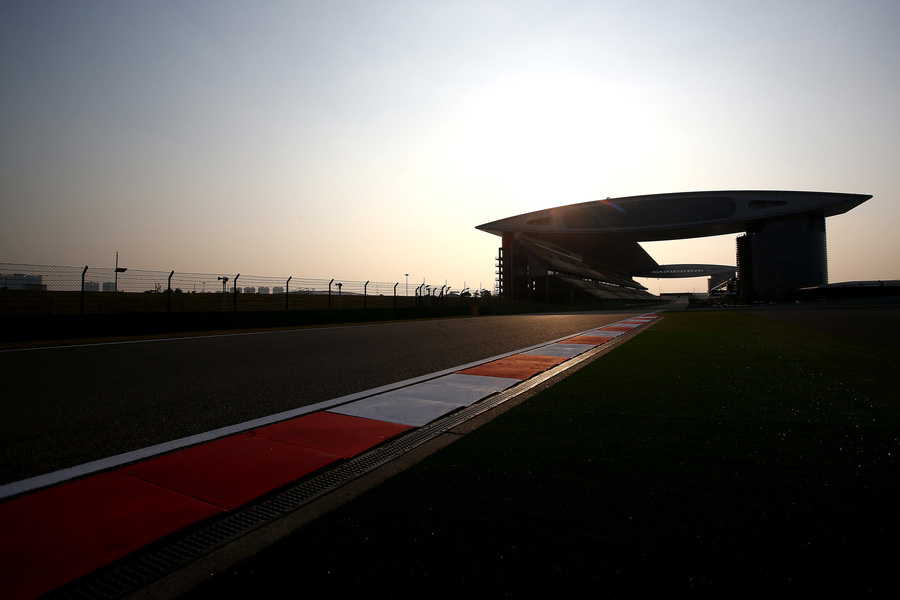 United Autosports will make their Asian Le Mans Series debut this weekend as their LMP2 and LMP3 teams prepare for the first round at Shanghai in China.

Phil Hanson and Paul Di Resta will team up in the #22 Ligier JS P2, while Guy Cosmo, Patrick Byrne and Salih Yoluc will complete the LMP2 team in the #23 car. Three of the team’s five LMP2 drivers have previous experience in the Asian Le Mans Series – Phil Hanson being 2016/2017 LMP3 Champion, while Guy and Patrick are reigning LMP3 Champions having won the 2017/2018 title. Paul has experience at Shanghai, having raced at the circuit in his Formula One career. Salih also knows the circuit, having raced in the World Endurance Championship (WEC) just last weekend.

Previous United drivers Garett Grist and Wayne Boyd will return to the team for their Asian LMP3 campaign, alongside newcomer and 2018 Blancpain Endurance Pro Am Champion, Chris Buncombe in the #2 Ligier JS P3. Jim McGuire, Matt Bell and newcomer to the team, Kay van Berlo will race the #3 Ligier. Matt Bell is the only LMP3 driver with Asian Le Mans Series experience, having raced in the 2016/2017 series.

“I’m looking forward to racing at Shanghai – it’s a circuit I have never driven before. Having won the last two rounds of ELMS, I’m warmed up and ready to take on the challenge of a new track. I’m positive Paul, myself and the team can have a good weekend there.”

“I’m looking forward to racing over what is usually known as the winter break. I’m back in action in a new championship and with a new car, but back with United again. I was last out at Watkins Glen with the team but we are setting the target to go and win the championship and off the back of the success United has had in the ELMS towards the end of the season, it would be nice to carry on the winning ways. The first two races are going to be important to hopefully lead heading into the new year.”

“The anticipation is over and we’ll soon be starting another season in the Asian Le Mans Series. We had such great experiences in this championship last season, we can’t wait to get started again. It’s nice to return and be familiar with the areas and race tracks but we still get one new adventure with Shanghai kicking off the season. I love learning new tracks and exploring new cities, so I’m looking forward to it. What’s most exciting to me is getting back into an LMP2, driving the Ligier JS P2 for the first time and doing it with United Autosports. Nothing replaces working with a first-class organisation and we’re going to maximise our time with this fantastic team.”

“The first stop of the Asian Le Mans Series will also be my first time racing in Shanghai. I can’t wait to experience such a remarkable city and circuit. Based on our Asian Le Mans Series experiences last year, the fans in Asia are fantastic, turning out in great numbers with lots of enthusiasm for racing. Shanghai will definitely be the perfect way to kick off the 2018-2019 season. Guy and I can’t wait to return to compete in the Asian Le Mans Series as we developed a close relationship with many of the men and women who make this series special, so returning in a P2 car feels like a natural progression. And this year Salih joins us. With the excitement of competing in a new class this year, also comes a steep learning curve. Embarking on our new adventure in LMP2 with United Autosports adds comfort knowing the consistent level of professionalism that this team brings forth will have us up to speed in no time.”

“I’m really looking forward the challenge of an LMP2 car as it has been a long-time target for me. I’m hoping for a good clean race. | think we will be seeing it as a chance to get familiar with the car and we will try and get a good result at the same time.”

“I’m excited to be back at United Autosports for another championship campaign. I’m really looking forward to learning and racing on four new tracks. The competition level is high in LMP3 in the Asian Le Mans Series this year, a lot of really good line ups and our line-up is right there with them. I know Wayne well from this year in ELMS and I am really looking forward to working with him. I’m also looking forward to meeting and working with Chris too. He has raced a lot of cars and has a lot of experience. I am ready for the challenges Asia will bring. Can’t wait to get the first weekend started.”

“I’m really looking forward to joining United Autosports for their Asian Le Mans Series campaign in LMP3. It’s an exciting new challenge in a new car for me and on four circuits that although I’ve been to before, I’ve never actually raced at any of them.

It’s great to be joining Garett and Wayne as my team mates who have plenty of LMP3 experience so I will be aiming to learn a lot from them to get up to speed and hope we will be able to challenge for a strong result.”

“I’m very much looking forward to the first round of the Asian Le Mans Series with Garett and Chris. Garett did a brilliant job this year in ELMS and Chris has a seriously impressive CV behind him, so I’m confident we can fight for the win straight away. As for the circuit, like them all in Asia, I’ve never been to it but it looks quite different than what we’re used to in Europe, with very long and technical corners so I can’t wait for it.”

“Asia is a great market for my ultra-durable sustainable paint company, AERO, so I’m very excited to be showing off our AERO-painted liveries at Shanghai with United Autosports. Matt and I have definitely learned a lot throughout the last two seasons in MLMC with our United Autosports Ligier JS P3 and I’m glad we now have Kay with us as well. We have a great crew behind us, so we’re eager to take what we’ve learned in Europe and apply it in Asia, both on and off-track. So, we’ve got the right looks, with our AERO film-based paint; the right car, with our Ligier JS P3; the right crew, with United Autosports; and the right venue, with Shanghai. Now we just need to go out there and PUSH.”

“I’m really excited to kick off the Asian Le Mans Series in Shanghai, especially following on from such a strong weekend for Jim, Kay and myself in America. We worked really well together and our combined pace was very competitive, so hopefully we can carry that momentum with us into China. It’s good to be returning to the series too. I enjoyed racing in Asia two years ago and of course I'm always happy to be continuing with United again.”

“I’m really happy to get the Asian Le Mans season finally started. Going to China and driving for the first time on Shanghai International Circuit makes it even more special. I’ve already started working with Jim and Matt as we raced in Sebring earlier this month and I felt really comfortable working with them both. It will be my first weekend with United Autosports, but I’m really looking forward to starting work with everybody in the team."

“I’m looking forward to seeing how we get on in our first race in the Asian Le Mans Series. We have four strong line ups and although the competition looks tough, we are aiming for race wins from the off.”

“Our first race in Asia has come around very quickly, but we are excited to get going and to see what the series is all about. I think we have four very strong line ups with which we can challenge for the championships and the automatic Le Mans 24 Hours entries. It’s the first time we have entered a championship that races over the winter, we’ve only ever contested one off races, but it keeps the team and drivers fresh with a race weekend format rather than just going pre-season testing. This is real competition against a very strong field.”