UNITED AUTOSPORTS PREPARE FOR ELMS ROUND TWO AT MONZA 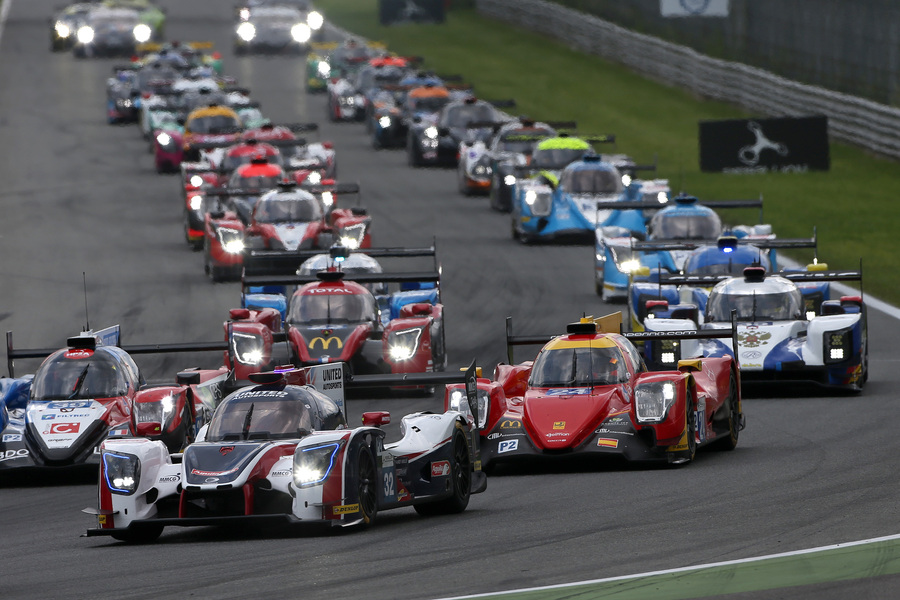 United Autosports make their way to Monza this weekend as they prepare for the second rounds of the European Le Mans Series and the Michelin Le Mans Cup.

The LMP2 team are aiming for higher finishing positions too. Filipe Albuquerque returns to the team for the remainder of the season, racing alongside Phil Hanson in the #22 Ligier JS P217. Phil finished sixth after an unfortunate puncture in the final moments of the opening race of the season when Paul Di Resta was behind the wheel. Will Owen returns for the start of his 2019 European season at Monza, alongside Alex Brundle and Ryan Cullen in the #32 Ligier JS P217, who raced as a pair at Paul Ricard. The #32 crew qualified an impressive third on the grid for the opening race but had some issues in France, including a puncture on the same lap as the #22 finishing 13th at the chequered flag.

The Michelin Le Mans Cup team will consist of different driver line ups at Monza and for the remainder of the season. Jim McGuire and Matt Bell return in the #22 AERO Ligier JS P3 after a top-10 finish at Paul Ricard, where Matt also scored the fastest LMP3 lap of both the Le Mans Cup and ELMS races that weekend. The #23 Ligier will have Rob Hodes and Garett Grist back behind the wheel as they hope to improve on the bad luck they suffered in the opening race. The #24 Ligier will now be piloted by Mike Guasch and Wayne Boyd for the remainder of the season, excluding Le Mans. That car was originally to be raced by Naj Husain and Colin Braun, who sadly will no longer be racing for the team due to Naj’s business commitments in the US. Naj was joined by Wayne Boyd for the opening race at Paul Ricard, finishing ninth after a fantastic race for the pair.

“I’m looking forward to going back to Monza and I’m glad it’s still on the calendar for this season. I think we have some unfinished business there after last year’s race where we were running in the top three for a lot of the race but eventually losing out on strategy by the end. The first race at Paul Ricard wasn’t quite as good as we expected so I’m looking forward to getting back on track and showing a stronger effort from my own performance, as I think the first race wasn’t a true representation of the pace and strength we have as a team.”

“ELMS this year is very high level and to race at Monza with such a great grid will be fantastic. I can’t wait to have good fights on those long straights. Normally Monza is not our strongest track but I think since the end of last year and into this year we are very competitive once again so we will have better conditions than the past years. For me, it will be my first ELMS race of the year so I want to keep the winning streak going and if not possible I definitely want a podium.”

“We are heading to Monza on the back of a very productive test in the off season which is confidence inspiring. I enjoy the circuit, it’s a great venue which really lends itself to sports car racing. It will be great to have Will join the line up for the rest of the season and I am looking forward to working with him. Certainly, we have learned some lessons from the first event and should be delivering race performance to match with our strong qualifying form in round two.”

“Monza is a place where I have had some strong races throughout the years so it will be great to be there with United Autosports. I’m also looking forward to welcoming Will to car 32. I think Monza is similar to Paul Ricard is terms of speed, so hopefully we can bring lots we learned from Le Castellet to have a competitive weekend.”

“Monza is going to be a good welcome back to Europe. This has always been one of my favourite venues, but in the past two years we struggled a bit to get the car to the front for various reasons. This year we definitely have the Ligier tuned in more than ever before, which I experienced a couple of weeks ago when we tested at Aragon. The first step is qualifying well and if we can do that and avoid any problems we will have a shot at a good result. I’m happy to be joining such a good line up and refined team for the year. Nothing beats the United Autosports team spirit. It’s nice to be back.”

“I think out of all the top teams we were the only ones to have an issue at Paul Ricard with the left front tyre going down during my stint at the beginning of the race. It was a flat out green flag race where nobody made a mistake on track or in the pits. With the competition being so tough you can’t make that time up. I’m looking forward to a smoother weekend in Monza and hopefully another podium like last year.”

“Paul Ricard may not have turned out the way we planned it, but it was a great opportunity for the whole team to focus on getting everyone dialled into the #2 Ligier JS P3 and although we did not quite manage a podium result, we started our programme on a positive note, scoring valuable points. Soon after the race, it was great to see everyone involved with car #2 already talking about how we can make things better for Monza. Monza is such a historical place. It’s always a special visit. We have good data from previous races there and I am confident we can step up our game for round two. All three of us gelled really well and there’s a really good team spirit already building up. We’re determined to focus on the task ahead and hopefully give UAS their first ELMS P3 podium of 2019.”

“I’m really looking forward to Monza. It’s definitely one of my favourite circuits on the calendar. The last time I raced there in LMP3 we were on pole so fingers crossed we can do the same again this time round. Garett, Tommy and myself all worked really well together at Paul Ricard so hopefully that continues and we can try and get a good result and get our championship back on track.”

“I’m looking forward to Monza. When I raced with the team in 2016, the Italian round was held at Imola, which we won so I’m hoping for some more Italian luck to head our way. We had a difficult opening weekend at Paul Ricard but Christian and I are determined to put that to one side and aim for the podium in round two.”

“I’m looking forward to heading back to Monza. I love the circuit for its high speed high reward characteristic and I always enjoy Italy when we visit. We had very strong pace in the race there last year so hopefully we can reproduce that form after a disappointing first weekend in Paul Ricard where we didn’t show our true potential due to a few issues.”

“Monza is fast! And Matt showed great pace in our AERO-painted Ligier JS P3 at Paul Ricard. We've got an excellent crew here at United Autosports to keep us on track. My goal is to keep improving, maintain a good pace and keep the car clean for Matt to then rip through the circuit. If we keep it on the tarmac and make no mistakes, I think we'll be able to show this field some serious performance. I'm really looking forward to it."

“I’ve raced at Monza for a few years now but any opportunity to head back to Monza is always an exciting one and it never gets old. We’re looking to build on our momentum from Paul Ricard. We had a great car which allowed me to crack the lap record there, so I’m hoping for more of that kind of form. Jim made some great progress at this track last year too and had a good run at Paul Ricard, so I’m keen to see if we can push into a top-10 qualifying spot and go forward from there.”

“Monza is such an iconic venue. Even though we missed the test day here, I am more familiar with the team after the opener at Paul Ricard and I look forward to improvements. Monza has a number of long straights which aren’t best suited to our car, however the goal is always to win and I am excited to work towards that end at Monza.”

“Our first Michelin Le Mans Cup race was definitely a tough debut. It was Rob’s first race with the team and in the championship and he did a great job and learned a lot. We’ll continue to learn and improve every race and we knew before it started it wouldn’t be instant. We’re both excited for Monza and it’s a track Rob loves."

“The Michelin Le Mans Cup will be new to me for this year, but I’m looking forward to the challenge. More track time at some great circuits can only mean good progress in both the Le Mans Cup and ELMS.”

“Paul Ricard was the first time I’ve raced in the Michelin Le Mans Cup and I didn’t expect to be back doing a full season, but I’m very excited about it. I really enjoyed that race, my opening stint was really fun so I’m hoping for more of that for the rest of the year alongside Mike. Monza is a great track and I’m looking forward to racing at such an iconic place.”

“We had a tricky start to the year in France, but we are hoping that’s all our bad luck out the way for the year now. We have our full time drivers back with us so we will work on scoring as many points as we can towards the championships.”

“We are looking forward to the Monza weekend. We were on the podium with the LMP3 team there last year, so I’m hopeful we can do that again this year. The Paul Ricard weekend was unlucky for the LMP2 team, with both cars suffering punctures on the same lap so late into the race, while the LMP3 team suffered too for one reason or another. The Le Mans Cup team performed really well with two top-10 finishes. Rob and Garett were unlucky when Rob was taken out in qualifying, meaning their starting position hampered their race. But they will come back fighting at Monza I’m sure.”