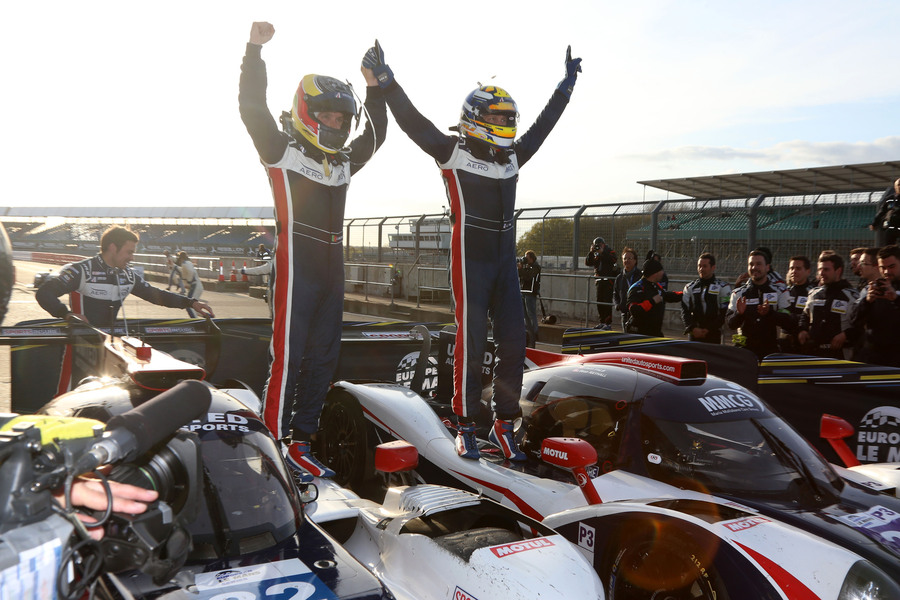 A new chapter was written in European Le Mans Series history at Silverstone during the opening round of the 2017 series.

Twelve months ago in the corresponding race, the Anglo-American team sensationally won the LMP3 category in its maiden sports-prototype race on United’s European Le Mans Series début. In this year’s opening race of the series at the Northamptonshire circuit, Filipe Albuquerque, Will Owen and Hugo de Sadeleer dramatically scored the team’s début ELMS LMP2 class win – even overcoming a drive-through penalty. Meanwhile John Falb and Sean Rayhall comfortably repeated the team’s LMP3 victory in the 4 Hours of Silverstone. The Zak Brown and Richard Dean led team held front row class start positions and went on to achieve a double victory – the latter never having been achieved by a sports-prototype team in the same race. Furthermore Wayne Boyd, Christian England and Mark Patterson completed the team’s joy with third-place in the final results.

The second round of the ELMS is staged at Monza (IT) on 14 May while the previous day sees the opening two-hour race in the Michelin Le Mans Cup in which Matt Bell (GB)/Jim McGuire plus Shaun Lynn (GB)/Richard Meins (GB) fly the flag for United in a brace of Ligier JS P3 sportscars. But before heading for the ultra-fast 3.6-mile Autodromo Nazionale track north of Milan, the Leeds-based team contest the opening 2017 Henderson Insurance LMP3 Cup Championship races at Donington Park (GB) next weekend (23 Apr) with a pair of Ligiers.

“It’s been an incredible day! Last year we achieved 1-2 on our ELMS début and I didn’t think it could get any better but to win LMP2 on our class début, dominate LMP3 again with a win and third place is truly amazing. I wish Zak could have been here to see it.”

“Amazing - simply amazing! What an impressive job by everyone at United Autosports. I’m so happy and very proud of our team. I wished I could have been at Silverstone but watched the last 90minutes ‘live’ after our [McLaren-Honda’s] qualifying here in Bahrain.” 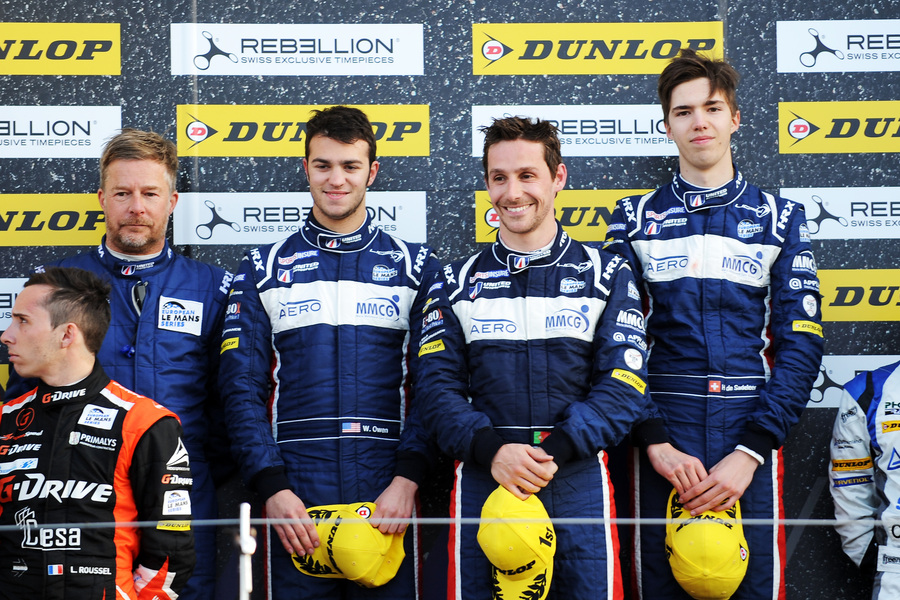 De Sadeleer, making his sports-prototype debut and having only previously raced at Silverstone twice (Formula Renault), started from the front row courtesy of Albuquerque’s heroic efforts the previous day, running impressively in second for much of his opening stint despite his lack of LMP experience. The Swiss pitted with 40 minutes gone for fuel, plus left hand side tyres only, resuming seventh and took the lead almost 80 minutes into the race before making a scheduled pit-stop.

Owen, who made his LMP2 début in the US earlier this month and was racing at Silverstone for the first time, re-joined second having taken on left side tyres only plus fuel. Will, however, had to serve a drive-through penalty on 90 minutes for an earlier “yellow flag” no overtaking infringement by de Sadeleer dropping to fifth. With an hour to run, Albuquerque was second, 30secs down on the leader, but consistently lapping faster, Filipe stormed to tremendous 6.339 seconds victory having taken the lead with just two minutes remaining.

“It was brilliant – a dream. I managed my tyres from when I got in the car. The gap was coming down and I could then see the leader was struggling. I enjoyed the last lap when I was in the lead! We must remain calm and focussed for the next race. Qualifying had been tricky, taking care of the tyres for the race. I only had enough fuel for one flying lap at the end after the early times were deleted. I pushed very, very hard – squeezing everything out of the car.”

“It’s a great start to the season in my first race with United. Everyone in the team has worked hard day and night and deserve this success. I’m super happy. My stint was safe and clean with no dramas.”

“What a way to begin with United Autosports! I managed the start well and the stint, just trying to be consistent. I saw the yellow [flag] and slowed and so didn’t think I’d done anything wrong but obviously there had been a GT car somewhere.” 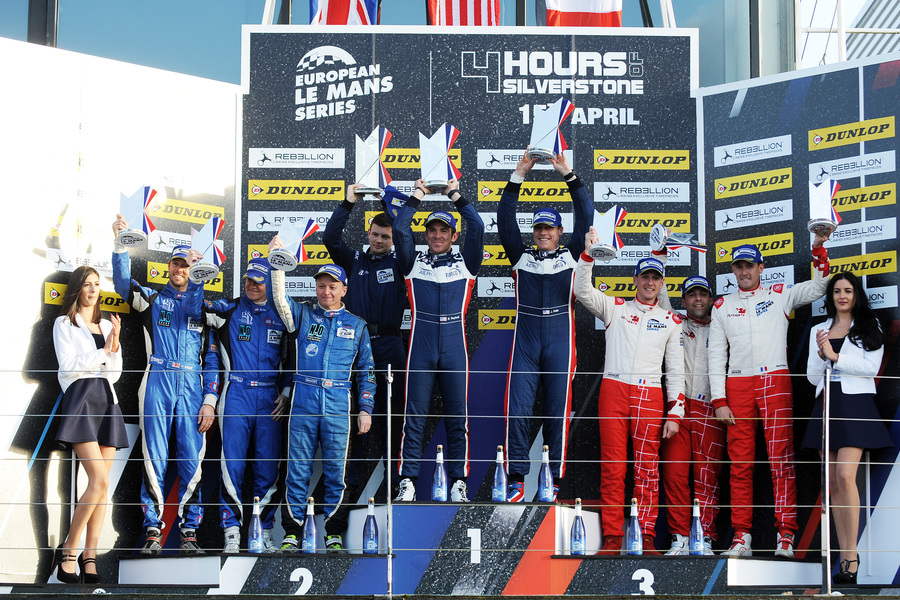 The United Autosports duo lined-up second and third respectively in class, qualifiers Rayhall and Boyd running at the head of the field until their respective pit-stops. Sean and Wayne pitted with a little over one hour gone, Rayhall staying in the car after taking fuel only at the stop while England took over from Boyd, fuel and a fresh front right tyre going on his Ligier – the duo back at the head of the field almost immediately.

Falb, like Rayhall, making his race début for United, took over the lead Ligier from his fellow American with a little short of two hours to run, England switching a lap later to Patterson – the United Autosports pair both taking on fuel and tyres and resumed one-three. With an hour to go, Falb enjoyed a near full lap advantage although Patterson had slipped to fifth. John brought the lead #2 Ligier in for its final pit-stop with 50 minutes to go (fuel only), Mark following suit minutes later handing over to Boyd. Falb survived a quick spin without contacting anything on his way to a dominant 41.166 seconds victory while Boyd had sliced his way back up to in fourth at the chequered flag – less than three-seconds from scoring a podium. However, late on Saturday evening the #3 Ligier was listed third in the final results after a breach of regulations by another car.

“The race evolved exactly as planned. It was a case of staying focussed. My stint was great, I could pound out the laps with consistent times. I’m so very pleased. I had a small spin very near the end but it didn’t hurt us.”

“Words can’t describe how I feel. The team has done an awesome job. The pit-stops were flawless. The strategy was spot on throughout. It was a ‘picture perfect’ race for us. I went into the lead at Turn 3 and then just got my head down and pressed on. It was great to claim a front row spot in my first race with United the previous day. It was almost ‘pole’ but I made a small mistake in the first sector on my final lap.”

“I got off to a good start and brought the car in second. The car was consistently fast so we take many positives away that we can use to good effect in Italy. Qualifying went well. Unfortunately I found myself in traffic when the tyres were at their optimum.”

“I enjoyed the race, pace was good, and car handled well for me. I pitted to Mark in second but he lost over 30 seconds trying to re-start with a clutch issue. Wayne just missed out on third place on the road but we ultimately achieved a deserved podium. We can now look forward to Monza.”

“Unusually we gave some time away in the pits today while I was a little disappointed with my own pace. Christian did a great job and Wayne was awesome. It’s always great to race at Silverstone – and fantastic to see United score two class wins with our car ultimately taking third-place.” 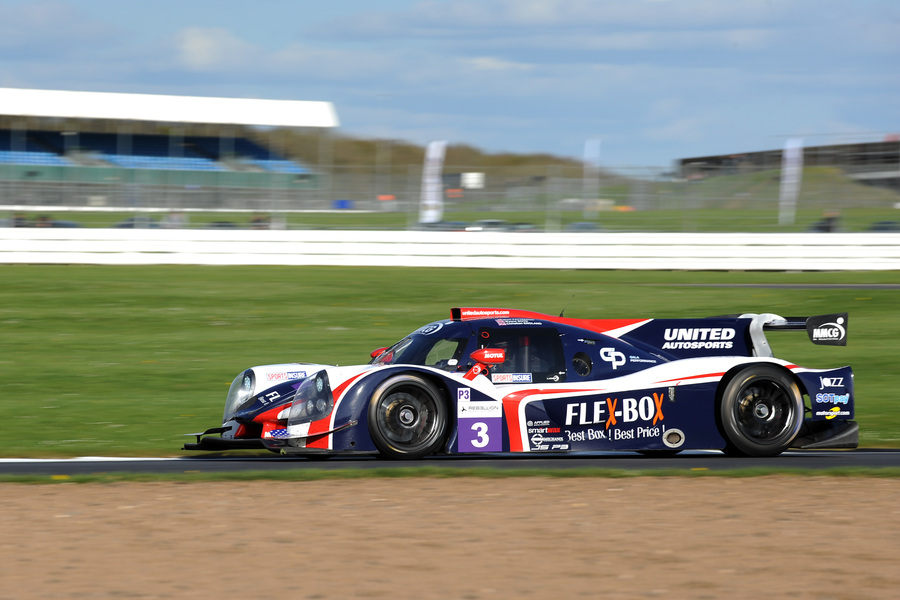