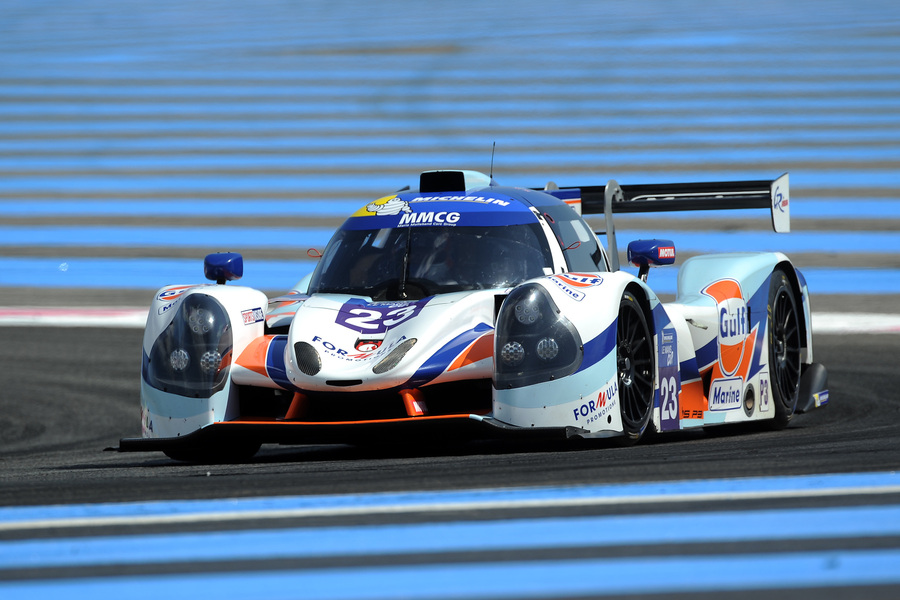 United Autosports scored its seventh top-10 Michelin Le Mans Cup race result of the season when Andrew Bentley (GB) and Richard Meins (GB) placed their Ligier JS P3 sixth in the latest race at Paul Ricard today (26 Aug). The sister Ligier of Matt Bell (GB) and Jim McGuire (GB) finished an unrepresentative 13th in the French race – only Bell having previous race experience at the fast and sweeping track in Southern France. United are placed seventh in the LMP3 Team standings with two races to go but just 7.5-points behind fourth.

The third two-hour race of the 2017 season featured an impressive grid of 14 LMP3 cars combined with five GT3 machines racing on the revised 3.642-mile track with the #23 (Bentley/Meins) and #22 (Bell/McGuire) Ligiers lining-up sixth (Meins) – equalling the car’s best start position of the season – and 11th (McGuire) in LMP3 – Jim’s personal best qualifying position. The opening phase of the race was hectic for United Autosports. Meins spun down to 12th in class on the opening lap, McGuire moved up impressively to eighth prior to a Safety Car period but then he lost time avoiding spinning cars at the re-start. Both Richard and Jim quickly regained their composure and improved their times with each lap, Meins and McGuire running strongly in eighth and ninth with 30 minutes on the clock.

Bentley, contesting only his second LMP3 race and his maiden race for United Autosports, but normally a driver coach to Meins and the absent Shaun Lynn, took over the eighth-placed #23 Ligier from Meins with 62 minutes remaining, 11th placed McGuire pitting one lap later to Bell. The #23 and #22 Ligiers ran seventh and 12th with all compulsory pit-stops completed with 50 minutes remaining. Ten minutes later Bell was forced to pit from 11th with a left rear puncture after being hit hard from behind. The Briton resumed an unlucky 13th after a 7 minute 30 seconds stop which included bodywork repairs while the driver causing the accident and Full Course Yellow received a drive-through penalty. Bentley, driving superbly, slashed a plus one-minute gap to take sixth with 24 minutes left and 10 minutes later was fifth – also defending magnificently from the more experienced LMP3 driver Michele Rugolo until the Italian slipped ahead 10 minutes from the chequered flag. The result nevertheless represented the #23 car’s best result of the season. The penultimate round of the MLMC is staged at Spa-Francorchamps in Belgium on 23 September. “Another ‘if only’ race for our car. My pace was good through the corners but not quite as good down the straights. Peter [Kox] had a run on me, I out-braked him, but he hit my rear left in the corner. I don’t know how I got the car back to the pits. The team did an incredible job to get me back out and only losing a couple of laps. Jim was absolutely superb – he’s made massive advances at Ricard.”

“It was an exciting start with cars trying new ‘lines’ in to the first corners so I backed off. A couple of GT cars spun at the re-start which forced me to drive through the gravel in avoidance. I had to fight my way back through which was fun. The car felt pretty good in qualifying, the guys came up with a great set-up for me, and I was pleased with my time. Testing here on Wednesday definitely helped, as is the case this year, the track was totally new to me.”

“I’ve really enjoyed the experience with United which came along because Shaun [Lynn] was unavailable this week. I had a great race, got my head down, and had a lot of fun. I actually think I could have got P5 if the race had lasted another five laps. Richard [Meins], without doubt, has had his best weekend in LMP3 here.”

“I must have been half asleep at the drivers’ briefing because I was looking at the wrong set of red lights signalling the race start. I was up to fifth but cold tyres and full [fuel] tanks, caused me to spin which was annoying but afterwards I was very happy with my pace. I was very pleased with my performance in qualifying. Our test here on Wednesday helped a lot. It’s a really technical track and it’s come together gradually for me. But every time I was on track I went faster so that’s the positive.”

“I’m really proud of what Richard [Meins] and Jim [McGuire] achieved in qualifying and then the race. Their progress in adapting to LMP3 and new race tracks is very impressive. Matt [Bell] was assaulted from behind just when it looked United would record a double top-10 finish which was disappointing. Andrew [Bentley], meanwhile was on fire as he came through with some consistent, fast lappery.”

“In the main a very positive MLMC event for us. Both Richard and Jim are making massive strides with each race in the LMP3 car and at tracks they have never previously raced on which is very encouraging. Andrew ‘subbed’ brilliantly for Shaun [Lynn]. Although it was his first race for United, he’s been with us as a driver coach. But it was only his second LMP3 race, the other being in the Henderson Insurance LMP3 Cup Championship, and his first race at Paul Ricard. What a performance! The only real negative of the weekend was Matt [Bell] who once again was just plain unlucky. He was lapping faster than the top-three at times when he got in the car only to be taken out. Very unfortunate.” 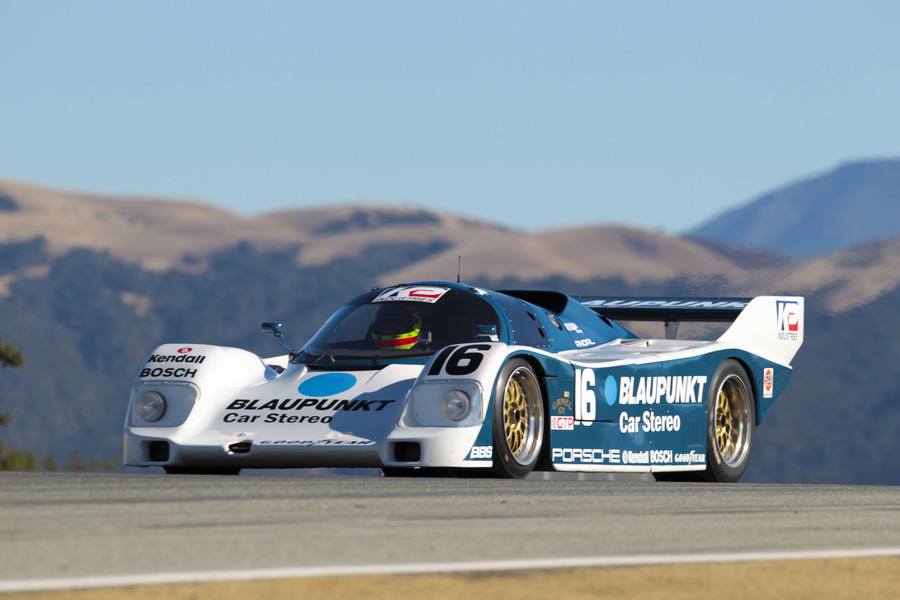 United Autosports claimed two stunning outright race wins – an amazing five podiums – in the Rolex Monterey Motorsports Pre-Reunion and Reunion events staged over two separate weekends this month (12-13 & 19-20 Aug). Team Co-Owners Zak Brown and Richard Dean attended the annual event staged at the Mazda Raceway Laguna Seca in California with Zak racing his Porsche 935 (1981) plus 962 (1986) and Richard piloting a Chevron B16 (1970). Zak swept the ex-Dyson Racing 962 to two race wins plus a third-place and placed the “JLP-3” 935 second. Richard, meanwhile, finished third in the ex-Graham Birrell Chevron. The Reunion is the largest and most prestigious historic race gathering in America with over 500 cars in attendance this year.

“The Reunion events at Monterey are unique – great cars and great people. I’ve been attending them since 1990 and racing my cars there in recent years. I always come away eagerly looking forward to next year’s event! It was cool to score another couple of wins in the 962 at Laguna – that makes it five victories for this car at the Monterey event. It was also awesome to have Mika Häkkinen there driving Emerson Fittipaldi’s 1974 world championship-winning McLaren M23 in some demo runs. Fabulous days.”

“This was the fifth year United Autosports has competed at Monterey. It’s a fantastic event and gives Zak a rare opportunity to race some of his amazing cars. United Autosports is predominantly known in the paddock as a successful current era sportscar race team but another side of our business is restoring and maintaining historic racecars. For Zak and other clients, we enter races in the UK, Europe and across the world. On occasion, Zak lets me play with one of his cars and this year it was a privilege to race the Chevron.”