UNITED AUTOSPORTS HEAD STATESIDE FOR ROAR BEFORE THE 24 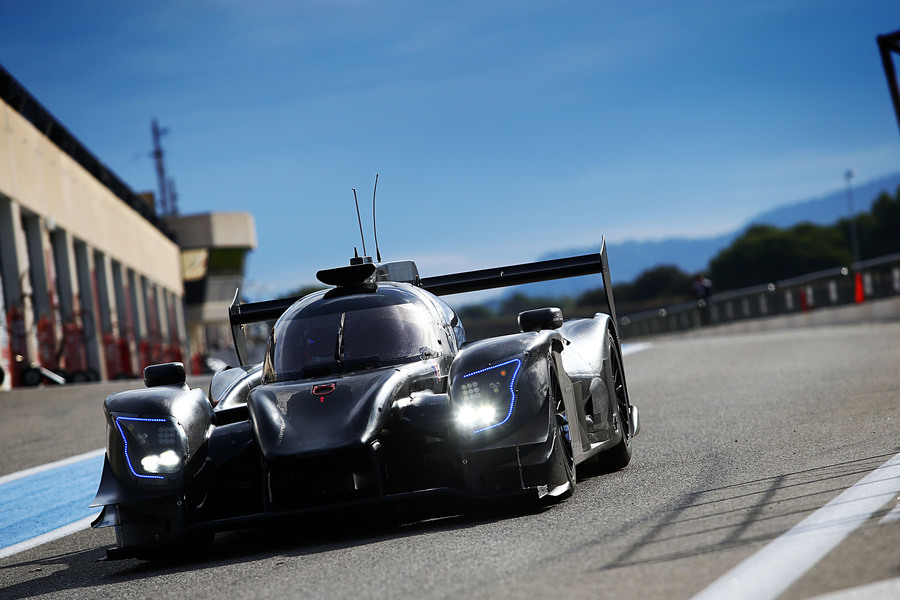 United Autosports will kick off their 2018 season this weekend with the ROAR before the 24 – the official test for the Rolex 24 at Daytona.

The Anglo-American squad will be fielding two Ligier JS P217s in the 56th running of the 24-hour race in Florida, USA. Their driver line-up features some of the most famous names in motorsport as Fernando Alonso teams up with Lando Norris and Phil Hanson in the #23 car, while Bruno Senna and Paul Di Resta join United’s regular LMP2 racers, Will Owen and Hugo de Sadeleer in the #32 Ligier.

Six of United Autosports’ seven drivers have tested with the team prior to the ROAR, Alonso getting to grips with the Ligier at Aragon in November, while Norris and Di Resta tested at Paul Ricard. Will Owen and Hugo de Sadeleer completed a full season in the European Le Mans Series with the team in 2017, finishing second in the championship. Phil Hanson also has experience of the Ligier JS P217, having raced in the ELMS and selected rounds of the World Endurance Championship in 2017. He has also completed an extensive testing programme with United Autosports since joining the team in October. Bruno Senna is the only driver not to have completed any laps in the United-run Ligier, although he is no stranger to LMP2 and prototype racing, having won the 2017 WEC LMP2 Championship.

On track action begins on Friday 5th January with two test sessions. Further test sessions will be held on Saturday 6th and Sunday 7th with a 15-minute qualifying shootout being held on Sunday afternoon. This shootout will determine the garage layout for the Rolex race week.

“I’m really looking forward to getting my first laps in 2018 under my belt. The last time I was in the US racing was in Las Vegas for the kart Super Nationals. It should be cool to go from what was the toughest US kart race to without doubt the toughest and biggest US car race.”

“I’m really looking forward to the ROAR and to go and meet all my team mates properly. I’m looking forward to being back in a car after a bit of a break, which is one of the many things I’m excited about. I’m heading out to America for the first time ever, which will be a new experience for me. It will be good to prepare properly with United and my team mates for the 24-hour race and really get to grips with the car and the track. We can start putting everything together as one team so we can try and maximise the test days we have going into Daytona.”

“It’s a true pleasure to go back racing in the States, in front of the US fans. In less than a year I will have competed in two legendary races, which makes me very proud. I have always wanted to challenge myself in other categories of motorsport, as this is what you need to become a better driver. Going out of my comfort zone by taking part in such an iconic race as the Daytona 24 Hours is just amazing. I am looking forward to racing for United Autosports, the reigning European LMP3 Champions. At the test we had in Spain in November, everyone made me feel extremely welcome and part of the family and I’m happy to be spending more time with the team and my team-mates in a few days, at the ROAR. I just cannot wait to jump in the car again and drive on the famous oval. In the last couple of months I have been spending time watching several Daytona 24 Hours, which made me even keener to go out there and try myself. It’s going to be fun!”

“I have had a nice little break for the past month or two, but it is time to get back down to business. I am really excited to get together with the whole United crew, Hugo and all the new drivers! Since practice is always limited and we have four drivers, we will have to be as efficient as possible during the test to try all of the car setups that we want. As everyone knows, this year is going to be wildly competitive, so the ROAR will be a good place to get a feeling for the competition. I am also excited to show my United friends some fat, southern American food and culture in Daytona, returning the favour for all the nice, healthy restaurants they showed me in Europe. We are all feeling great about the Ligier package this year, and it is an honour to be able to represent United Autosports and Ligier at this fantastic event.”

“I’m really looking forward to starting the 2018 season so early on. I have never done this before in my career and it's something new to me – endurance racing, in the US, at Daytona. I had a small taste of the LMP2 car in early November and really liked how it was, now the real business will begin. I have to start working hard with the team and my teammates to make the best of this race with United Autosports. I liked what I saw in the team and I hope it only works better when the pressure is on.”

“I'm really excited to be racing at Daytona, It's first time racing in the United States and I'll need to learn a new style of racing. United Autosports is the only team in the world that can deliver the most amazing drivers in the world. It will be such a privilege to be able to learn from Bruno Senna, Paul di Resta and Fernando Alonso and I'm hopeful that Ligier's development throughout winter, will give us a very competitive car.”

"Not long now, before the all-important ROAR. There's a lot to learn with the United Autosports Ligier-Gibson for me and the integration with the team, as well as getting to see how strong the competition is looking ahead of Daytona! Can't wait for the New Year's!"

“I think we have two really strong driver line ups for our Rolex 24 at Daytona campaign. We have a great mix of talent, that includes experienced drivers and quick racers. I can’t wait to get out there and see how we get on.”

“I’m excited for the ROAR. It will be the first time our full Daytona 24 Hours crew and drivers will be together and I’m looking forward to it. We have two very strong line ups, but we are also under no illusion that we have some very tough competition throughout the Prototype field. Some of our drivers have never driven at Daytona so it will be a good chance for them to get to grips with the circuit before the big event later this month.”