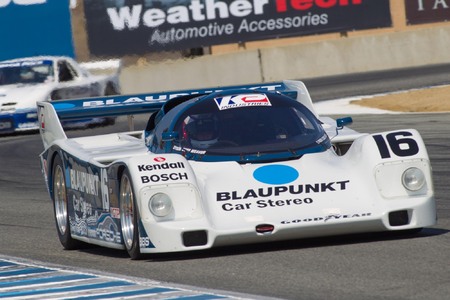 United Autosports returns to Le Mans just three weeks after the Anglo-American team placed second and fifth in the “Road to Le Mans” race – this time turning back the clock to compete in the Le Mans Classic for the first time next weekend (8-10 July). United takes a 1986 Porsche 962 that was phenomenally successful in North America during the mid-1980s.

The Porsche 962 made a winning race debut in the 6 Hours of Riverside in April 1986 for US team Dyson Racing and went on to place seven more times on the rostrum (Laguna Seca, Charlotte, Lime Rock, Sears Point, Road America, Watkins Glen and Daytona). These results helped to earn American Price Cobb the runners-up position in the 1986 Camel GTP Championship. The 962, which also won at Watkins Glen the following year, will be raced by United Autosports Co-Owner Zak Brown. The American, Group Chief Executive Officer of CSM Sport & Entertainment, was due to race to the 962 in the Group C event supporting the 2012 Le Mans 24 Hours but a mechanical gremlin in qualifying side-lined the Porsche.

The team’s scheduled rebuild of the “JLP-3” Porsche 935 has unfortunately overrun which necessitates it is “scratched” from the entry list. The Le Mans Classic is a biennial sportscar event held on the same 8.4-mile track as used by the Le Mans 24 Hour race competitors each June. The Classic began in 2002 and runs every two years in July. That year’s “Classic” was the first time since 1923 that the full 24 hour circuit, part of which is public roads the rest of the year, was closed specifically for an event other than the annual running of the 24 heures du Mans with contemporary sportscars and prototypes.

“I can’t wait to get back to Le Mans and race the Porsche 962. It’s a great car with lots of history. The Le Mans Classic is a great event – the atmosphere is fantastic so I’m really looking forward to the weekend.”

“Zak and I are excited to take United Autosports back to Le Mans only a few weeks after such a successful weekend with our LMP3 team. The 962 round Le Mans will look pretty impressive too. We love our historic racing so this Le Mans Classic event is perfect for teams like ours.”