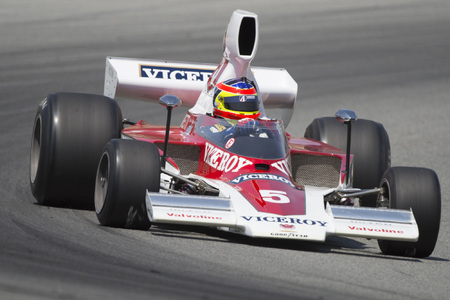 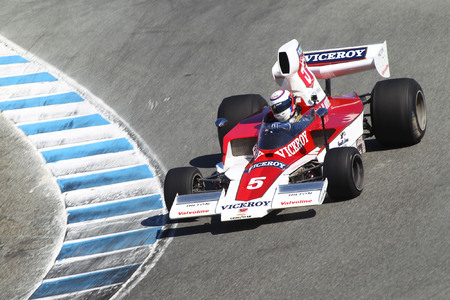 Brown was in dazzling form at the Pre-Reunion in the ex-Vel’s Parnelli Jones Racing Lola to get United’s third Monterey participation off to a flying start. In that weekend’s two Formula 5000 races, featuring a quality grid of almost 40-cars built between 1968-77, Zak achieved two flag-to-flag victories from pole-position. Dean took over driving duties of the Lola in California last weekend and duly repeated Zak’s fine achievement – two pole-positions and two more untroubled wins. On Sunday evening, the Lola T332 was awarded the President’s Cup by the event organisers, presented to the entrant whose car has the most historical significance to Mazda Raceway Laguna Seca.

The Anglo-American team actually returns to its U.K. base having recorded five stunning podiums in total over the past two weekends at Monterey. Dean steered United’s ex-Dyson Racing 1986 Porsche 962 to third place in a Pre-Union Group C race – a car Stefan Johansson and Brown had taken to victory at Monterey in 2012 and ’13 respectively. 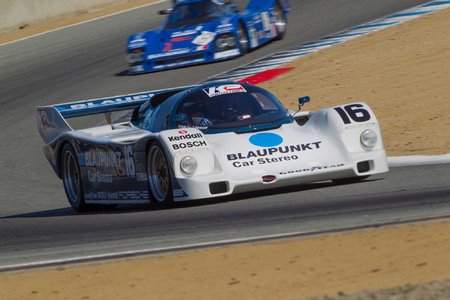 Meanwhile Brown aboard his ex-Alan Jones 1980 Williams FW07B Cosworth DFV just missed out on achieving top-10 finishes in races for Formula One cars (1967-84) around the 11-turn, 2.238-mile Mazda Raceway. Zak recorded 11th and 15th over the weekend while Connecticut-born Rob Kauffman placed his United Autosports tended 1977 Japanese Grand Prix winning McLaren M26 Cosworth 20th and 22nd in the two races. Both of these cars were making their Monterey debuts. 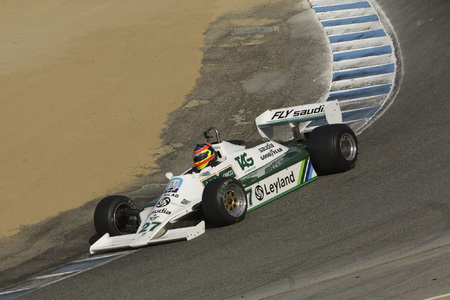 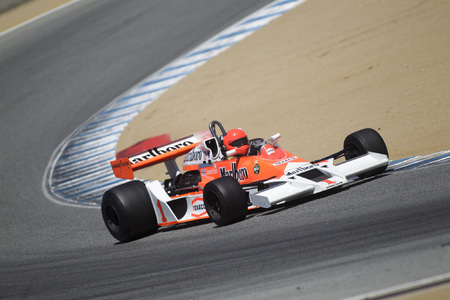 “Monterey has to be one of, if not my absolute favourite, two weeks of historic racing. Great people, great cars in a fantastic area in Northern California. While I’ve won at the event before in my Porsche 962, I have to say bringing back Mario Andretti’s Formula 5000 Lola to the track it last won at was very special for me. To debut the car after its restoration and record two wins from pole in the Pre-Reunion was just spectacular. Winning those F5000 races was without doubt one of the top highlights in my racing career. Mario is a hero of mine and I’d told him I was racing his old Lola so I felt the pressure to deliver and thankfully I did! To put it on pole twice and lead every lap was beyond my wildest dreams as there was a quality grid competing. The Lola has tremendous horsepower and was so much fun to drive. Then to have Richard [Dean] repeat the feat last weekend in the Reunion races was just awesome.”

“Zak gave me the amazing opportunity to drive Mario’s F5000 Lola last weekend and it was faultless and perfect enabling me to win both races from pole. Everyone in the United Autosports team that attended loved the Monterey Historics event: A great circuit, fantastic cars, incredible racing and wonderful weather! Being awarded the President’s Cup for the Lola at the close of the event, was the icing on the cake.”