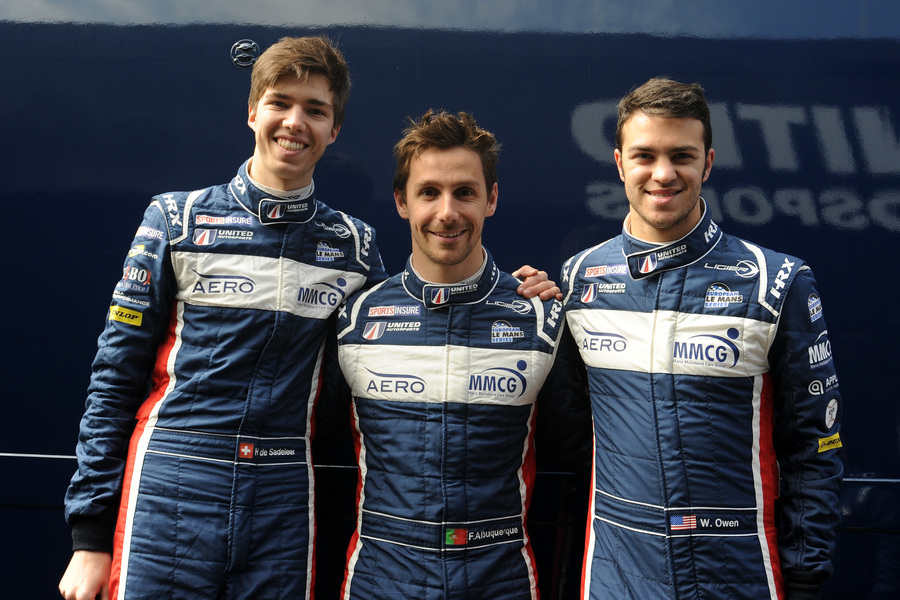 United Autosports have confirmed that Filipe Albuquerque will join their Le Mans 24 Hours driver line up.

The former Audi factory driver completes the driver squad for United Autosports’ Le Mans 24 Hours debut. Filipe will contest the world famous race in France alongside his European Le Mans Series LMP2 team-mates Will Owen and Hugo de Sadeleer in a Ligier JS P217. The trio dramatically won the 4 Hours of Silverstone last month, the opening round of the 2017 ELMS – the Anglo-American team’s maiden LMP2 race.

The 85th running of this year’s annual race marks Albuquerque’s fourth Le Mans having raced for Audi Sport Team Joest in LMP1 (2014-15) and most recently RGR Sport by Morand in LMP2 last year. Driving a diesel-hybrid Audi R18 e-tron quattro, the 31-year-old Portuguese driver was the best-placed Le Mans Rookie on the 54-car grid in 2014. The following year, Filipe on only his 14th lap in his first-ever race stint at Le Mans, broke the lap record (3m 17.647s) – only bettered by a mere two-tenth’s of a second late in the race around the legendary 8.47-mile road course made up predominantly of closed public roads.

The LMP2 team completed a successful night test last week (24-25 April) at Magny Cours in preparation for the Le Mans 24 Hours. The team completed 249 laps - the majority on the first night as rain blighted the second night’s testing.

“I am really happy to race again this year at Le Mans. As everyone knows, it’s a very special race that every racing driver wants to take part in. This year the LMP2 category will be very special because the cars are much faster so everyone is curious to see what lap time we can do. I am sure I will enjoy the faces of Hugo and Will when they complete their first laps around that huge track. My teammates don’t have much experience but on the other hand we are not fighting for WEC points and we will be coming from the ELMS round at Monza, which is the best track to prepare for this race. So, all in all I think we can push for a good result.

“I want to thank United Autosports, Richard and Zak for hiring me for their Le Mans team.”

“I’m delighted that we have been able to secure Filipe for the Le Mans 24 Hours. We have been working hard to keep the driver line up the same for Le Mans as for our ELMS campaign as I think the consistency can only go in our favour. I can’t wait to see United Autosports heading to Le Mans - I think we have a really strong driver line up!”

“We had a great start to our debut ELMS LMP2 campaign at Silverstone so I really wanted to keep the three drivers together for Le Mans. It is such an important, world famous race, we wanted to go into it with the strongest line up we could and I think that’s what we have achieved here. Filipe is obviously a phenomenal driver and he has worked so well with Will and Hugo that it would have been a shame to effectively start from scratch for Le Mans. I’m feeling positive ahead of the race. It’s the first time United Autosports have raced at Le Mans but the majority of the team has done Le Mans in one guise or another. Fingers crossed for a good result.”