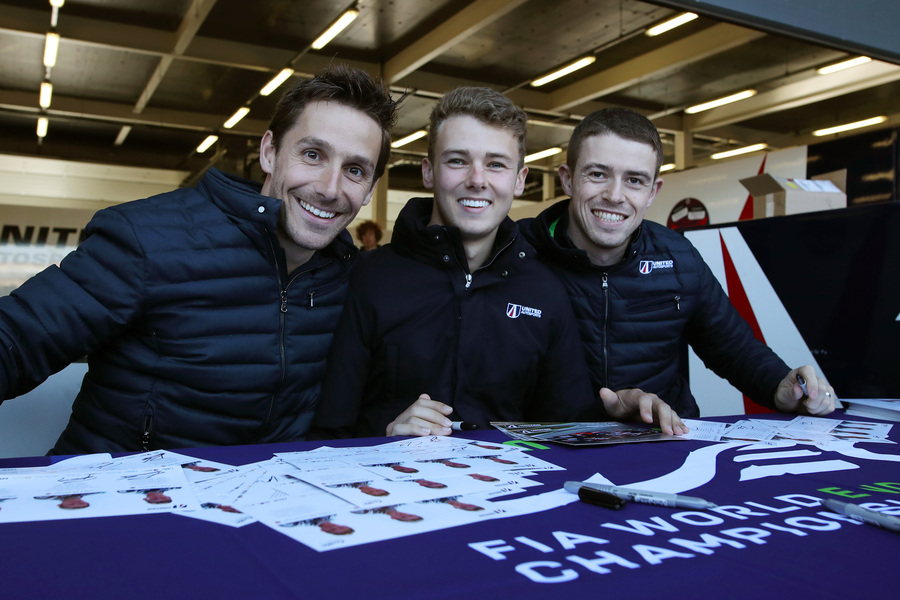 United Autosports are preparing for the third round of the FIA World Endurance Championship this weekend at Shanghai, China (8-10 November).

Paul Di Resta returns to the team for the third round, after missing the Fuji event last month. He will rejoin Phil Hanson and Filipe Albuquerque in the #22 Oreca 07 who alongside Oliver Jarvis, finished third in Japan.

The team will be aiming for their first win of the 2019/2020 WEC season in China, after two successful ELMS races saw them score a win at Spa and a second place at Portimao, along with two consecutive pole positions. The team are currently lying sixth in the FIA WEC championship standings.

United Autosports have previously raced once at Shanghai International Circuit before, when they made their Asian Le Mans Series debut in 2018. Paul and Phil were part of the United Autosports LMP2 line up, while Filipe has raced at Shanghai in previous WEC seasons and in the A1 GP.

The Shanghai race weekend begins on Friday 8 November with free practice 1 at 11:00. The 4 Hours of Shanghai will begin on Sunday 10 November at 12:00 (all times are local).

“I’m looking forward to going back to Shanghai, it’s a track I really enjoyed when I drove in the Asian Le Mans Series last year. We are still chasing our maiden WEC victory after showing a strong performance at both Silverstone and Fuji, but having issues at both circuits meant we weren’t able to convert our pace into victory.”

“We are still looking for our first win in the WEC but we are learning more about the car each time. We were super competitive in the last ELMS race so hopefully we can continue that at Shanghai. It’s a track I really like and we will have Paul back which will be nice. Our goal is to win and to start chasing everyone in the championship.”

“I’m really looking forward to getting back to Shanghai. Phil and I raced there last year in the Asian Le Mans Series but more importantly to follow on from the disappointment that I had at Silverstone, which was my last WEC race with the team. And then a difficult weekend for the team in Fuji, but to still score a podium was a great recovery. Shanghai marks an important time in the championship. These next couple of rounds will determine how we approach the later stages of it but it will be good to get back in the car and working with the guys again."

“I’m hopeful of a good result at Shanghai. We have shown we have the pace but we need to start coming away with some wins now to keep a hold of the championship leaders.”

“I’m looking forward to the third round of the FIA WEC at Shanghai. Paul and Phil raced there at the end of last year in the Asian Le Mans Series so are familiar with the track and Filipe has raced there in previous WEC seasons. Our aim is to win as we need to claw back some points against the championship leaders. We had some bad luck in the first two rounds but still managed to get a podium at Fuji. I’m hoping for luck to be on our side this time round.”