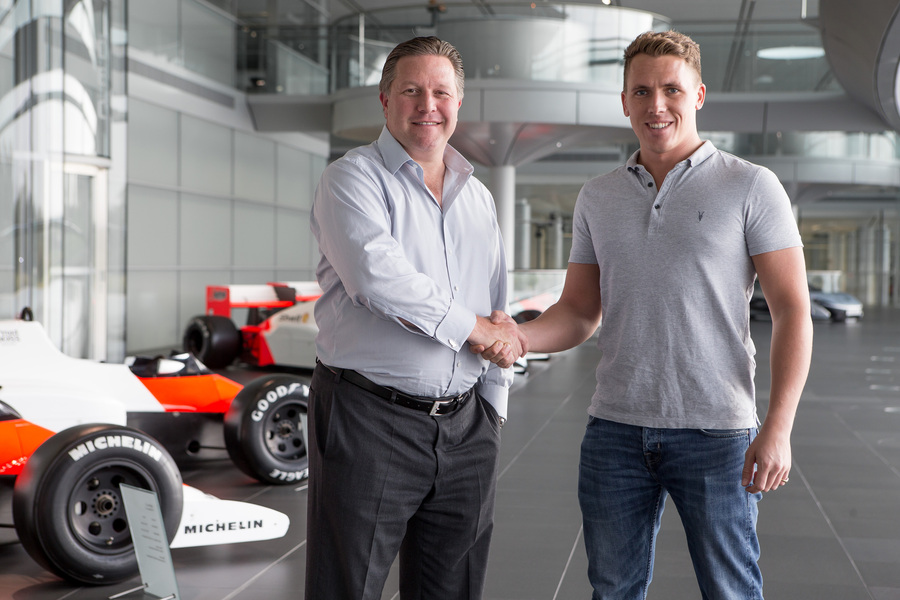 United Autosports have joined forces with Walkinshaw Racing and Andretti Autosport to form a global partnership of three iconic names in worldwide motorsport.

The new partnership will create Walkinshaw Andretti United and will come into effect on 1 January 2018. The three successful motorsport companies have a wealth of experience in different racing series with United Autosports prominent in GT and prototype sports car racing, Walkinshaw Racing specialising in Australian V8 Supercars and Andretti Autosport racing Indy Cars. Each company will benefit from not only technical expertise but also the commercial prowess each company possesses.

Walkinshaw Racing is an Australian motor racing team based near Melbourne and currently fields two Holden Commodores in the Supercar Championship. The team was formed in 1990 as the Holden Racing Team and is one of the most successful Supercar Championship teams in the history of the category, having won the drivers’ championship eight times and the series’ main race, the Bathurst 1000 nine times.

Andretti Autosport is an American motorsport team that competes in the IndyCar Series, Indy Lights, FIA Formula E Championship and the Global Rallycross Championship. It is owned by former CART series champion Michael Andretti. Andretti Autosport are hugely successful, having won the Indianapolis 500 five times, most recently this year, and the IndyCar Series four times.

United Autosports are current European Le Mans Series LMP3 Champions racing in both the LMP2 and LMP3 classes of the European series. Formed in 2009 by American businessman, Zak Brown and British racing driver, Richard Dean, the team have raced a wide variety of machinery all over the world, including Australia, America, Asia and Europe.

“I’m delighted United Autosports have joined forces with Walkinshaw Racing and Andretti Autosport. It is bringing together three iconic names in motorsport across three continents – Europe, Australia and America, where we can share our experience and resources to make each team stronger.”

“I think combining three successful motorsport companies who can share technical knowledge and commercial experience can only be a good thing for all parties involved. Nothing will change with the day-to-day running of United Autosports, we will simply be able to benefit from the experience of these two other teams. I’m looking forward to working with everyone at Walkinshaw and Andretti.”

“To be able to partner with both Andretti Autosport and United Autosports is an honour. We’ve looked at what both companies have to offer the team moving forward, which is why everyone should be so excited. This combination of international expertise is a pivotal step in accelerating our development, getting us where we need to be. We’ve been looking for partners who can add value to the team both on and off the track, so to be able to find that so resoundingly is the most pleasing element. United Autosports and Andretti Autosport’s experience, knowledge and record both on and off the race track, gives us, our current partners and any future partners access to global networks and talent pools.”

“I’m very excited to announce our new partnership with Walkinshaw Racing and United Autosports, I have always set a goal for Andretti Autosport to diversify and succeed across multiple platforms, and this opportunity is a natural next step for the team as we continue to expand globally. Together with Walkinshaw Racing and United Autosports, we now have three iconic organizations working together. We are determined to succeed, and I have full confidence that this new venture, Walkinshaw Andretti United, will become a leading Supercars team.”