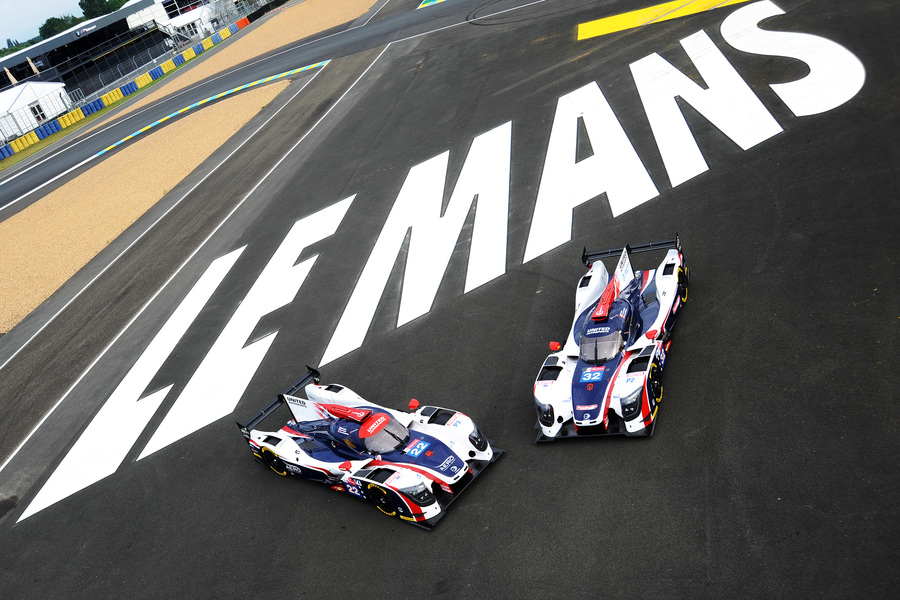 While United Autosports recorded a fine LMP2 top-five in this year’s Le Mans 24 Hours that finished this afternoon (17 Jun) the Anglo-American team also endured massive disappointment. Having achieved an amazing fourth in class and sensational fifth overall on its twice-around-the-clock French race début last year, the Leeds-based outfit this time around took the chequered flag in fifth in LMP2 courtesy of Juan Pablo Montoya (COL)/Hugo De Sadeleer (CH)/Will Owen (US) who brought their Ligier JSP217 sports-prototype home ninth overall. But a podium for this car with less than two hours to run had looked a distinct possibility while the “sister” United Ligier of Filipe Albuquerque (POR)/Phil Hanson (GB)/Paul Di Resta (GB) had also seemed destined for a class podium too but crashed out of the race with less than five-hours remaining.

“It’s an awesome achievement to record another top-five finish in the 24 Hours of Le Mans. But to have been looking at podium finishes for both the #22 and #32, there is just a tinge of disappointment. Nevertheless a fantastic performance by the #32. The #22 had a great race going. All three drivers did an excellent job. Paul, unfortunately pushing to get us on the podium and who had done an outstanding job all race, just had a moment and didn’t quite catch it and that was race over unfortunately. Paul was checked out at the Medical Centre and was good.”

“I’m very, very proud of the entire team to record a second consecutive top-five LMP2 finish in the world’s greatest sportscar race and to be the top Ligier finisher. Of course it’s a shame we missed out on a podium – or even two – having come so very, very close. Massive congratulations to the #32 crew – a superb run. Losing the #22 out of the race was a huge disappointment. The car stepped out at the fastest point on the track. We put Paul out there to apply pressure in an attempt to get on to the podium and sometimes you pay the consequences when racing flat out like you need to do at Le Mans.”

The #22 & #32 Ligiers started the twice around the clock race at 3pm yesterday afternoon from eighth and 14th in the LMP2 field courtesy of Albuquerque and de Sadeleer respectively after six-hours of qualifying on Wednesday and Thursday evenings for the 60-car grid. The opening 100-minutes saw the #22 and #32 running just inside and outside the top-10 respectively but shortly before 5pm, the #22 suffered a near seven minute pit-stop for GPS telemetry repairs and dropped to 16th, two laps down, and seven places behind the #32. Three-hours later the #32 then had a seven-minute stop itself to rectify a race radio problem while Montoya, running eighth, went into the tyre barriers at Indianapolis in the sixth hour. The Columbian resumed after a pit-stop for a new nose but the incident cost the #32 seven minutes from impact to re-joining the race and dropping it to 12th.

By the 10th hour, United’s two cars lay inside the top-10 and were placed eighth (#22) and 10th (#32) at half-distance then fourth and seventh with five hours remaining. But one minute past 10am, fourth-placed Di Resta crashed heavily at Porsche Curves ending the race for the #22. The #32 moved into fourth at 11.40am and with two-hours remaining soon afterwards, lay 13-secs off third-place. But a left-rear puncture with 105 minutes to run, cruelly dropped the #32 to an eventual fifth-place.

Despite the #22’s demise, it was a commendable effort by all of United’s six drivers, especially considering that 2010 DTM champion Di Resta plus fellow ex-Formula 1 driver and 1999 CART champion Montoya, were both making their Le Mans débuts, while Hanson, Owen and de Sadeleer were contesting only their second Le Mans, Albuquerque a “veteran” with five LM24 starts. United’s next race is the Tequila Patrón North American Endurance Cup event at Watkins Glen next month (1 July) with Hanson, Di Resta and Bruno Senna. The team returns to European Le Mans Series action at the Red Bull Ring in Austria over 20-22 July.

“I’m so disappointed that the race ended as it did for us. A podium was definitely on the cards. My opening stints were a bit messy and ragged and couldn’t get in to a proper rhythm due to interruptions caused by two Safety Car periods and slow zones. I survived contact with another car causing me to a spin when the other driver got caught out with his braking. My night stints went well with the Ligier well hooked up and closed the gap to the cars ahead. I then did a single stint this morning and it was fine out there and brought the gap down to the fourth-placed car. Filipe and Paul drove brilliantly and it was just an unfortunate mistake that cost us dearly. But that’s Le Mans!”

“Disappointed as no one wants to retire especially when we are in contention for a podium. But Le Mans is like this, it’s hard and it’s tough. You need a bit of luck and stay out of trouble. Unfortunately we started with a problem at the beginning of the race but the spirit of us together brought us back to the race and into a good position to fight for the podium. We were really there but it was not to be. I had set our car’s best time in qually. My first flying lap was good but the second was even better. I had another go on Thursday and I really think that I had a shot for a top-three but unfortunately Le Mans is so hard to do the perfect lap with the traffic but it’s the same for everyone. We dropped down a few places but it was much better than last year. I drove my opening race stints conservatively so as to do three stints at a decent pace. During the second [stint], a GPS sensor flew off so I lost almost 40 seconds at the next stop and then another seven minutes when Phil took over the car with the mechanics trying to fix the problem which cost two laps. My stints this morning were pretty good. Paul did an amazing job all the weekend on his first Le Mans race and Phil also did a great job.”

“Massive apologies to all of the team. They busted their arses and balls all night to try and make-up time. We were on the edge all of the way but there are no excuses, I made and error and it was costly and ended our race. It looked like we could have been on the podium. We had to be aggressive. It’s going to take a few days for me to get over this because it hurts to have let people down. This was my first 24 Hour race and until my mistake, had been enjoying the challenge very much.”

“It’s a great result even though it’s one place lower than last year – anything you can get in this race is awesome. It’s ruthless but compared to my Le Mans début last year, I felt a lot less pressure in the race and not nervous at all. I really enjoyed my opening stints. The car was the best it has been all week for me. My night stints were also really good and a lot of fun. I was pushing super hard but spun when trying to pass a GT car into the chicane. I had good pace in this morning’s stints, the car was mega and really, really nice to drive. I’m super happy and proud. It was a pleasure running with United Autosports again.”

“It’s been a tough one and the puncture near the end was disappointing. But just finishing this race is hugely satisfying. I set the car’s quickest time in qualifying – in the first session on Thursday evening. I had a great feeling in the car but over-pushed it through the Porsche Curves and went a little wide losing time. But overall I was pleased with most of the lap, it was decent if on the edge. The race start was pretty crazy. Tyre management was difficult because of the traffic which affected the front degradation. I had a moment when I went to overtake an SMP car and got squeezed out on the outside and so as not to hit anything, I drove around the ‘roundabout’ so lost over 15 seconds. The night stints always feature tricky moments and you need to be fully focussed overtaking the GT cars and keeping an eye out for the LMP1s. I did a long four stints this morning and I was happy to get out of the car! In total I’ve probably driven for almost 10 hours here this year.”

“It was a good result. We closed the gap to the Oreca during the stints but those cars are still quicker than us. My opening stints on Saturday evening were enjoyable. Times were good but I made a mistake at Indianapolis, carried too much speed going in, locked-up the fronts, and hit the tyre barrier but nothing too big. I pitted for a new front nose and all was good again. My night stints went well with the Ligier well hooked up and closed the gap to the cars ahead.”