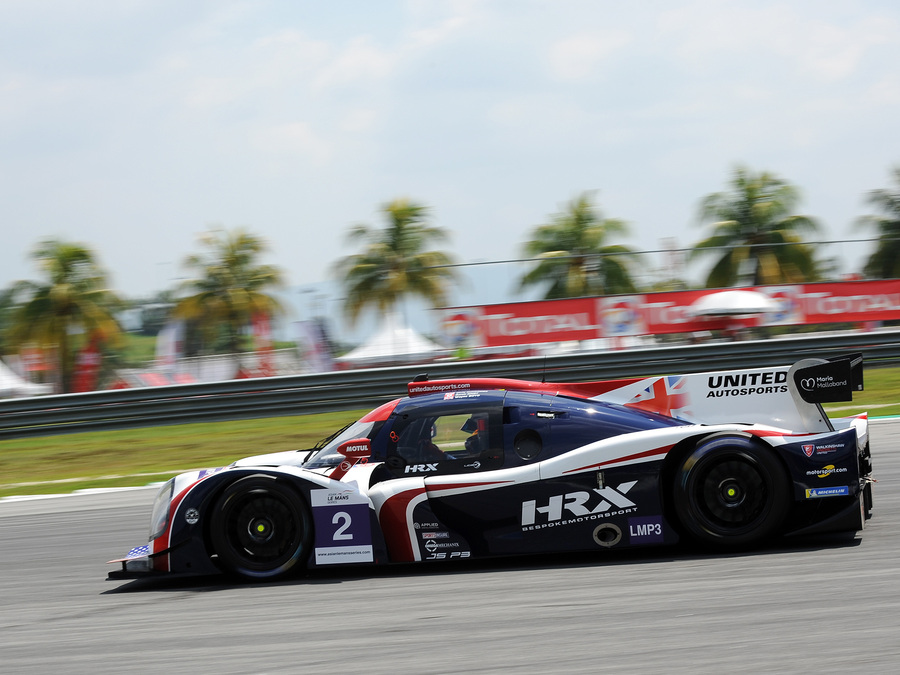 Garett Grist returns to the team for his second year in the European Le Mans Series after a successful debut in 2018, where he finished third in the championship. He was also part of the championship challenging Asian Le Mans Series LMP3 team, where he was a race winner at Buriram and finished second in the LMP3 Championship. This year, Garett will also race in the Michelin Le Mans Cup for United Autosports alongside Rob Hodes.

Tommy Erdos has a vast racing career already under his belt, but has been away from the sport for nine years. The Brazilian driver began his racing career back in 1988, moving his way through the single seater ranks, including winning the British Formula Renault Championship in 1990. In 1995, he moved into GT racing, making his Le Mans 24 Hours debut later that year. In 2001, Tommy moved into the British Touring Car Championship and finished seventh in the championship after impressing throughout the year. In 2002, he moved back to sports cars, entering and winning the British GT Championship. Tommy is also a double Le Mans 24 Hours LMP2 race winner (2005 & 2006) and a double Le Mans Series LMP2 Champion (2007 & 2010). His final full season of racing was in 2011, but has continued driving and coaching in many different disciplines.

Wayne Boyd completes United Autosports’ ELMS LMP3 driver line up by returning to the team for his fourth season. Wayne first joined the team in 2016, racing in the European Le Mans Series, returning in 2017, where he finished third in the championship. He then moved to their LMP2 team for 2018, before racing for United’s Asian Le Mans Series LMP3 team where he was fighting for championship glory alongside Garett Grist and Chris Buncombe. The trio won the third race of the season at Buriram in Thailand.

United Autosports have already announced that 2016 ELMS Champions Mike Guasch and Christian England will return to the LMP3 team for the 2019 European Le Mans Series. The 2019 season begins with the official prologue at Paul Ricard on 8-9 April, with the first round of the season held later that week on 12-14 April.

Garett Grist, driver, United Autosports:
“I’m so excited to be back with United Autosports. I had a great first year with United in ELMS and I’m looking to build on that this year. Not only running ELMS but the Michelin Le Mans Cup as well makes for a great addition and hopefully an even stronger season. Wayne and I had a great run in Asia and worked well together. With the addition of Tommy I think it makes a very strong line up.”

Tommy Erdos, driver, United Autosports:
“To say that I am excited to get back into international sports car racing, after such a long time away from the sport, is truly an understatement. My last full season was in 2011, nearly a decade ago when I raced in the Le Mans Series in the LMP2 category. What really excites me about my come back is the team I will be racing with and the opportunity to work with Richard Dean and his crew. I am delighted – indeed very proud - to say that I’ll be joining United Autosports for a full campaign in the 2019 ELMS. My team mates will be two very rapid young chargers in Wayne Boyd and Garett Grist. These guys will certainly keep me young and fit, as I try to match their pace – or at least get close to it. United Autosports have already achieved some very impressive results. You only have to look at their drivers – past and present, which is a real testament of the team’s calibre. I am looking forward to getting to know everyone in the team and working hard to help us achieve the ultimate goal – to bring the LMP3 title back to United Autosports. I feel we have a very good shot at not only reaching the podium at every round, but hopefully visiting the top step on more than one occasion. In a little less than a month’s time, I will be proudly wearing United Autosports racing overalls at Paul Ricard, for the first time. It will be an emotional return…”

Wayne Boyd, driver, United Autosports:
“I’m absolutely delighted to be back with United Autosports for my fourth season. Racing in the Asian Le Mans Series over the winter back in an LMP3 car definitely sets me up for the European season ahead. We had good pace out there and I’m looking forward to bringing that over to Europe. I’ve got another set of great team mates – I raced in Asia with Garett and we got on really well and he’s very fast. Our new team mate, Tommy is a very nice guy and he was quick when we tested in Monza last week. I’m really looking forward to working with them both and I can’t wait for the season to get going now.”

Zak Brown, Team Owner and Chairman, United Autosports:
“Tommy, Wayne and Garett is a great line up for our LMP3 team. I think this year both cars have a very strong chance of competing for the championship and of course, that is our aim this year.”

Richard Dean, Team Owner and Managing Director, United Autosports:
“Completing our LMP3 team with a line up like this is fantastic. Tommy has been out of a racing car for a while, but with his history and pedigree of racing I have no doubt he will quickly get up to speed, especially with the help of Wayne and Garett. Tommy has completed two test days with us and has impressed us so fingers crossed for a good year. Wayne and Garett have been part of our team now for some years. Both have proved they have the pace to win races so we will be aiming to get that LMP3 Championship back to United Autosports this year.”