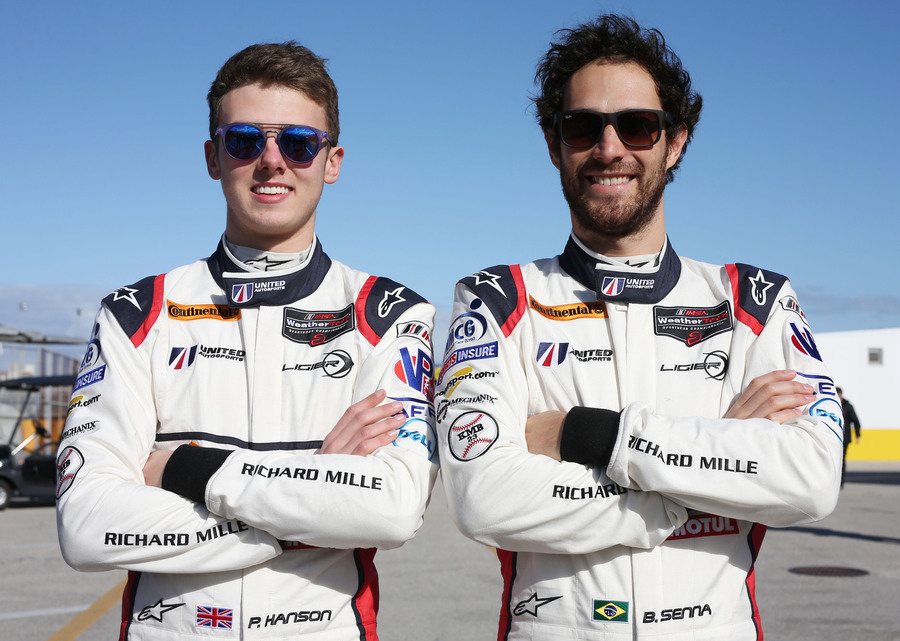 United Autosports have confirmed they will enter the Tequila Patron North American Endurance Cup this year.

The Mobil 1 12 Hours of Sebring, the Sahlen’s Six Hours of The Glen and the Motul Petit Le Mans will complete the four North American endurance events, joining the Rolex 24 At Daytona the team are competing in this weekend.

Phil Hanson will race alongside Bruno Senna in a Ligier JS P217 in the three remaining endurance events in the US. Phil joined United Autosports at the end of 2017 and began an intensive testing programme in preparation for the 2018 European Le Mans Series, where he will race alongside Filipe Albuquerque. Phil is also racing this weekend at Daytona in the #23 Ligier JS P217 alongside Fernando Alonso and Lando Norris.

Bruno joined United Autosports for the first time this year for the Rolex 24 At Daytona. He will be racing alongside Paul Di Resta, Will Owen and Hugo de Sadeleer in the #32 Ligier JS P217. Bruno and Phil’s teammate for the Tequila Patron North American Endurance Cup will be announced in the coming weeks.

The Rolex 24 At Daytona race begins at 14:40 local time on Saturday 27th January.

“I’m really looking forward to racing in the North American Endurance Cup. It will be a good supplement to an already pretty lavish programme we have going on with ELMS and the Rolex 24 and my testing programme, so it will fill up my calendar quite nicely. Obviously I’m really happy to be doing it with United. We chose them at the end of last year after their success in Europe and the professional set up they have. The structure has been very good so far, so we are really happy to extend the programme with the team. It’s been a pretty good start to 2018, the guys are doing a really good job, I think I’m fitting in quite well and I’m enjoying having a structured approach to my racing.”

“Extending the programme with United Autosports is very cool. So far the team has been great and we have been working together very well and the environment in the team is really fun. We have a lot of work to do for sure. There’s always so much car and team development throughout a season and the first race is always a big learning curve. We can look forward to the next few races now though and try to do the best we can. Each race will give us very different challenges, Sebring is a tough bumpy track so there will be a lot of work to do to get the car nice for us to drive for 12 hours but I’m excited to see what we can do. I’m familiar with all the circuits so I will do what I can to help the team and Phil get up to speed.”

“I’m pleased United Autosports have committed to racing in the four IMSA endurance events in the US. Phil and Bruno have settled into the team really well in a short space of time and putting them together in one car will create a great line up.”

“To enter the four endurance races as part of the Tequila Patron North American Endurance Cup is a big step for United Autosports, but one we are really looking forward to. There has been a lot to learn about racing over in America and in IMSA, but everyone has been very helpful in assisting us so far. Racing in the IMSA series has been on our radar for a while now and to take our European championship winning team over there is definitely the next step in our racing plans.”