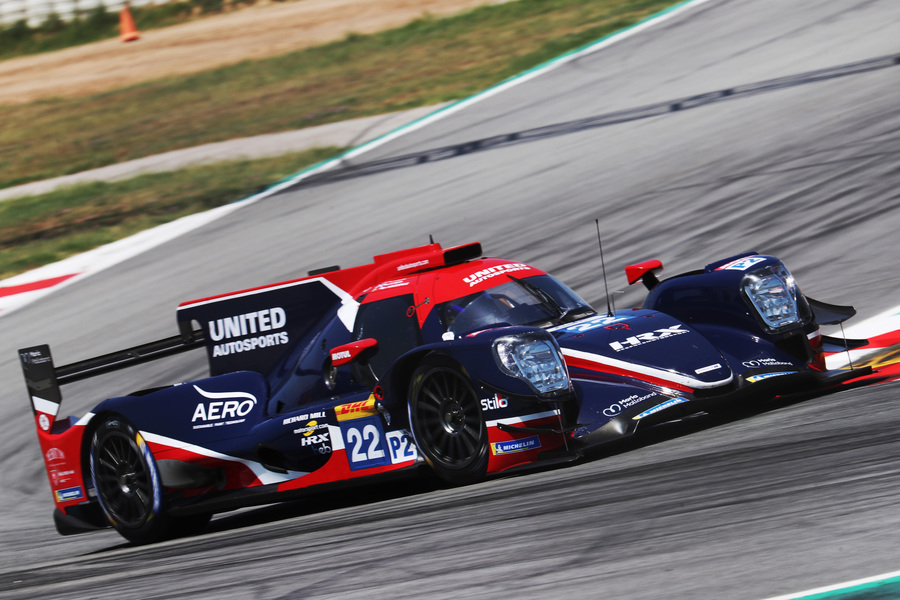 United Autosports have had a successful maiden outing in the official FIA World Endurance Championship prologue held at Barcelona, Spain this week (23-24 July).

Phil Hanson, Filipe Albuquerque and Paul Di Resta topped the timing sheets on the opening day of testing in both in the morning and afternoon sessions. On the second day, the #22 crew finished fourth in the morning session and second in the final session of the 2019/2020 season prologue.

The team covered a total of 242 laps over the two days testing at Barcelona, held three days after the ELMS race at the Spanish circuit. The team took delivery of their Oreca 07 last Monday after it arrived from the USA.

The first round of the FIA World Endurance Championship will be held on 1 September at Silverstone, UK, the same weekend as the European Le Mans Series.

“Our first official outing as part of the 2019/2020 WEC paddock was very enjoyable. I really enjoyed the car and I’m very optimistic that the team can get to grips with the set up, even though we don’t have many references at other tracks. The effort we have seen from the team this weekend to turn around new car so quickly and to effectively do a shakedown here at the test is great. We showed we were fastest on the first day and second fastest on the second day so I’m now really looking forward to Silverstone.”

“I’m super happy with the last two days with the new car. We were impressed with our pace straight away and how close we could get to the other teams so quickly as they have had this car for two and a half years already. We covered a lot. We are still learning about the car and the finer details as in the end, that is where we are going to be able to make the difference. It’s a good starting point going into the Silverstone WEC race and the motivation is high. The team have done an excellent job in turning the car around in such a short time. A car that was in America and within five days was ready for scrutineering at the prologue. It’s a good start to our WEC campaign.”

“It’s been a hot few days. I think I feel more for the boys as they have followed on from the ELMS weekend to this with a new car and the effort that has gone in over the last few weeks is incredible. I think the test was very productive. We went into the test with a new car and from the minute we hit the track we were all pretty comfortable. We’ve thrown a few set up options at the car to enable us to learn for the up and coming races. I’m quite happy where we’ve left it and it’s now time for the boys to recharge their batteries and continue with the fighting spirit. To see the team so positive with a new programme is great.”

“We’ve had a great two days testing in Barcelona and I’m pleased to see that we were at the sharp end of things. Hopefully the team have learnt a lot and we can take all that into the opening round at Silverstone. I can’t wait to get going.”

“It has been a successful couple of days here in Barcelona. We have learnt a lot with the new car and we have worked through a lot of different set ups. The engineers have had chance to have a good look round it, the drivers got to drive it and the mechanics got to work on it. We are still figuring it out a little bit. It was pretty close by the end of the first day and we are still making progress. I’m glad we could get our hands on the car and get these two days under our belt because it will make us all the more ready for Silverstone.”