SPA FRANCORCHAMPS NEXT ON THE CALENDAR FOR UNITED AUTOSPORTS 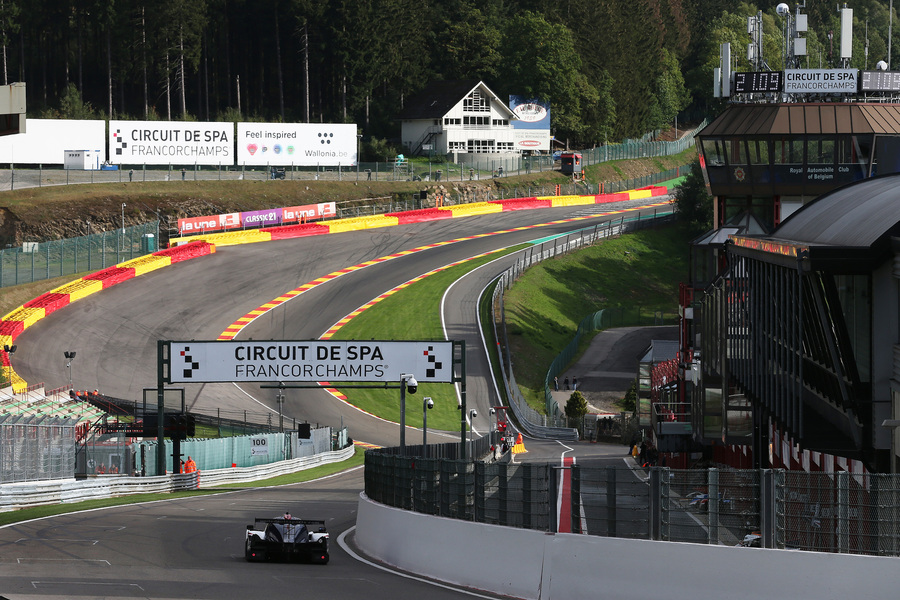 United Autosports head to the legendary Spa Francorchamps circuit in Belgium this weekend for the penultimate rounds of the European Le Mans Series and the Michelin Le Mans Cup (20-22 September).

This year at Spa, the LMP3 team will be hoping to replicate their win from 2018. The #2 Ligier JS P3 of Garett Grist, Wayne Boyd and Tommy Erdos lies third in the LMP3 standings after scoring a third consecutive podium at Silverstone last time out. The trio are aiming for another good result to build on their championship challenge at Spa. The #3 Ligier JS P3 will be piloted by Christian England and Andrew Bentley, as Andrew stands in for an injured Mike Guasch following his accident at Silverstone. The whole team would like to wish Mike all the very best with his recovery back at home in the USA.

The LMP2 team will also be aiming for a repeat of the 2018 race result at Spa, after Phil Hanson and Filipe Albuquerque won the rain soaked race in the #22. This year they will be racing an Oreca 07, coming back from a disappointing early end to the Silverstone race. The #32 crew of Alex Brundle, Ryan Cullen and Will Owen will also be racing an Oreca 07 for the first time at Spa. The crew will have to get up to speed quickly with the new car, but will be aiming to fight at the front in Belgium.

The Spa weekend also sees the return of the Michelin Le Mans Cup after a two-month break. Jim McGuire and Matt Bell will be aiming to continue their good pace from Barcelona in the #22 AERO Ligier JS P3, while Rob Hodes and Garett Grist will be hoping for some good results in the #23 Ligier JS P3. Due to Mike Guasch’s absence, the team will not be running the #24 car at Spa.

“I’m really looking forward to being back on track after Silverstone ended with such disappointment. I’m looking to get the results that I think we deserved at Silverstone and I’m hoping to repeat what Filipe and I managed at Spa last year.”

“After incredible pace at Silverstone with the new car I am excited to race again. We will not be put off by the problems we had in the last race. It does not affect me or the team because in the last three years it was rare the problem we had. I am sure the team as well Phil are very motivated like I am. Last year we had a great win at Spa and we are aiming to do exactly that this year again. The hard part is the waiting.”

“Spa is an incredible venue that many drivers will cite as their favourite so it’s an exciting place to debut our new chassis. It’s going to be a steep learning curve for us to take the new car to such a venue for the first race but we are up for the challenge. We will be pushing from the first test session to ensure we are out front come Sunday afternoon.”

"Spa is one of the highlights of the season for me. It’s a wonderful track to race an LMP2 on. I had a strong race here last year, which I hope to have this time too. I’m also looking forward to being in an Oreca for the first time this season and hope this will give us the performance edge we have been aiming for this year."

“For Spa we will have a new chassis. Our #32 car is changing to an Oreca and we are excited for that given its competitive history. It isn't easy to drive a new car for the first time at a race event, but I know Spa fairly well so I have an idea of where we must work to find good pace at this circuit. Alex, Ryan, and I will need to be on our game to get as much feedback as possible in the short amount of track time before qualifying and the race. We have worked well with our engineer Jerome this year, and this will be a refreshing challenge for us to learn from.”

“We have great momentum going to Spa after three podiums in a row. We have shown great fight after being taken out on the first lap in the last two races and having to fight back from nearly a lap down both times. Hopefully in Spa we can have a clean race and I think we’ll be able to really show what we’re capable of as a team and driver line up."

I guess Spa is most drivers’ favourite circuit and it’s no surprise. There aren’t many circuits around the world that pack in so many corners that really challenge you the way Spa does; the dive down to Eau Rouge, hugging the pit wall on the right before sending it through Eau Rouge; the double apex at Pouhon; flat out through Stavelot and then the also flat-out Blanchimont. Then there is the unpredictable weather. This is arguably the greatest race circuit in the world.Two races to go and we lie third in the championship. It has been an incredible journey so far. This story has been a true team effort so far. I am sharing the #2 LMP3 with two very talented drivers and a top-notch crew. Three podiums out of the last four races is proof of that. We are going to Spa to fight for the championship. It will – as always – be very tough. The opposition is very strong indeed but we will keep pushing as we have been all year. Spa will determine which position in the championship we will be fighting for come the last round in Portimao. Whatever Spa throws at us, we’re ready.”

“I always really look forward to racing at Spa. It is one of my favourite circuits on the calendar. We come to Spa on the back of three consecutive podiums which has put us third in the championship which is great, but we obviously want to win. The last two rounds we have been very unlucky with first lap incidents, which puts us on the back foot. For us to be able to drag the car back up to third shows the pace we have so hopefully with a little bit of luck we can get a win at Spa and push for the championship. I’d also like to wish Mike [Guasch] a speedy recovery too. It’s a shame we can’t continue to race in the Michelin Le Mans Cup, especially after our podium at Barcelona, but I wish him all the best for his recovery.”

“I’m really looking forward to racing with United Autosports again. I’m standing in for Mike Guasch who was injured at Silverstone in the last round which is a big blow as he was on great form. Although the circumstances are unfortunate, I’m going to try hard to make the most of the opportunity and carry on the strong pace the No. 3 car has had all year. Christian has been fast all year so I hope to compliment his pace and I’m sure we can work together to try and get a good result.”

“First of all I’d like to mention my teammate Mike Guasch. It was a big crash for Mike last time out at Silverstone through no fault of his own and it just goes to show that sometimes it is all too easy to forget that the sport we love is in fact dangerous. I want to wish him the best and hope that he makes a speedy and full recovery back home. It was such a shame for Mike as I really feel that it was our race to win but onwards we go. Spa is my absolute favourite circuit and I can’t wait to get back in the car and work our way through the weekend where hopefully we will get a strong result. This year hasn’t gone exactly to plan for our #3 crew, but we are starting to come back strongly. I’ll be racing alongside Andrew Bentley this weekend and I know Andrew will do a great job filling in for Mike, so we have every reason to be confident for a good result. We will be pushing hard during these last two rounds of the season to end on a high.”

“Spa – the most iconic circuit in the world. I can’t wait to get back and race our beautiful AERO painted Ligier JS P3 with United Autosports. I certainly hope Flower will be there front and centre to keep us on point. Only two more races left this year and I’ve been unbelievably honoured to race a third season with UAS pushing for a great result at Spa.”

“I always love any opportunity to race at Spa as its one of the greatest venues in motorsport and littered with iconic corners, so you always get a little extra buzz heading into a race weekend there. We’ll be looking to build on the good driving performances we had in Barcelona. Jim’s stint was one of his best since he started racing with us and we were fastest Ligier once again. It was just bad luck with a puncture that stopped us achieving one of our best results to date. Hopefully we can repeat the performance and leave the bad luck behind!"

“Spa is truly one of the most iconic circuits in the world and I can't wait to race at this high speed flowing track. Hopefully we can dial in the right set up. It should be an extraordinary experience in this sequence of firsts for me this season in Europe. The team has been fantastic. While Garett's done a great job on pace and I've had impressive moments, I've yet to put together the stint we need to obtain the results we crave. I look forward to this stop on the journey towards that end.”

“I’m definitely looking forward to being back in the Michelin Le Man Cup car with Rob at Spa after such a long break as the championship doesn’t race at Silverstone. We’ve been getting lots of track time in since Barcelona and hopefully we can be sharp and quick at Spa.”

“We have great memories at Spa – we won our first LMP3 championship there in 2016 and we had a double win last year in both LMP2 and LMP3. I’m hopeful that we can continue that good form at such a fantastic circuit.”

“Spa is a fantastic circuit which our drivers love. We have had some good results there so hopefully we will get some more this weekend to add to our tally. Car #2 are in with a fight for the LMP3 championship so another good result from them will line the final round at Portimao up nicely. The team have done a great job rebuilding car #3 after Mike’s crash at Silverstone. We are wishing him all the best with his recovery and hoping Christian and Andrew can get a good result for him this weekend. The LMP2 team had some back luck at Silverstone but we are hopeful for a good comeback weekend for both car #22 and #32.”