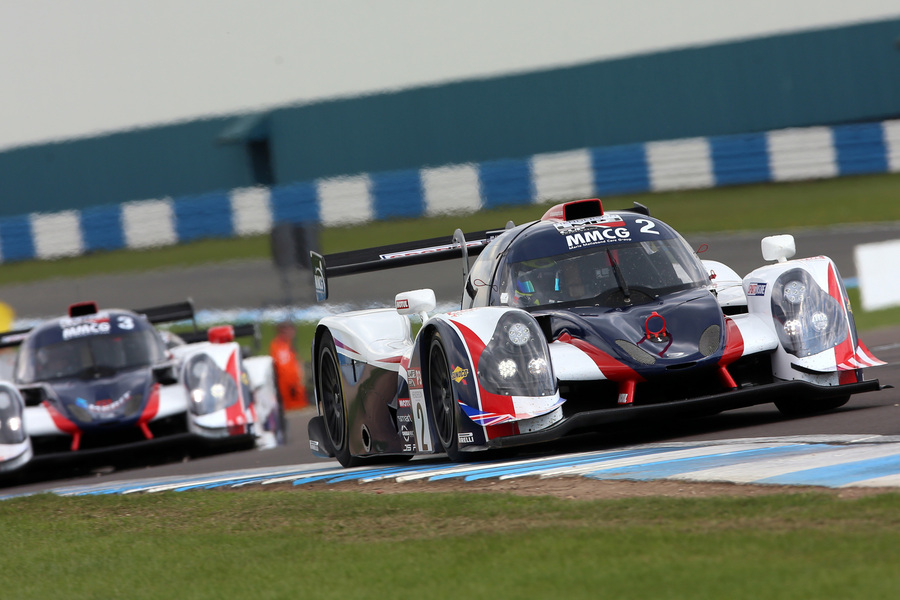 United Autosports make their way to Silverstone this weekend (1-2 July) for the next rounds of the Henderson Insurance LMP3 Cup Championship.

Matt Bell and Tony Wells are aiming for the double win round the Silverstone Grand Prix circuit after scoring a win and a second place at the previous two rounds at Spa and Brands Hatch. The duo are currently lying second in the championship standings behind the Ecurie Ecosse team of Colin Noble and Alasdair McCaig.

American racer, Andrew Evans will make his debut round the Silverstone GP circuit this weekend in the #2 Ligier JS P3, racing alongside reigning ELMS LMP3 Champion Christian England for the second time this year. Andrew and his regular team mate CJ Wilson have been improving their pace throughout the year, finishing a season best fourth at Spa.

"I'm very excited to race alongside Christian England again in next weekend's Henderson Insurance LMP3 Cup Championship. It's been a lifelong dream to drive at some of Europe's most iconic tracks, including Silverstone so to finally race there is a big moment for me.  I'm confident that our United Autosports Ligier JS P3 will have a strong showing."

“Firstly I want to congratulate every single member of the United Autosports family for the outstanding achievement at the Le Mans 24 Hours last weekend. Finishing P4 in class and P5 overall in the first attempt is a fantastic achievement and the commitment I witnessed by everyone over that weekend makes it feel almost like a win! I'm really looking forward to getting back out in the car for the Henderson Insurance LMP3 Cup Championship weekend at Silverstone. I will be stepping in for CJ Wilson who has conflicting commitments in the US on the same weekend. I really enjoy the race format over the LMP3 Cup weekends with the two qualifying sessions and two races. Silverstone is a great track to drive, especially in the Ligier JS P3 and we had really good pace at the ELMS race there earlier in the year. Both Andrew and I will be pushing hard to bring the car home for a podium result. There are some great drivers competing in the series and I look forward to getting stuck in and seeing what we can do.”

“I’m really looking forward to ‘breaking my duck’ this weekend at Silverstone, where over the years I have not enjoyed the best of luck and have never won…so far! We made some real progress understanding the Pirelli tyres at Spa and looking to build on that further. I’m sure the United team will be on top form, as ever”.

“It’s not bad to be able to go from Spa to Silverstone in the Henderson Insurance LMP3 Cup Championship – two great circuits, which I love. We really need to be on point to beat the Ecurie Ecosse guys – they are a very good pairing and a very good team so we need to go for two wins this weekend. That is our target at Silverstone.”

“Matt and Tony will be aiming for two wins this weekend, which I have no doubt they can do. Both of them were quick and Spa and Tony is fantastic at starting races so reducing the gap in the championship to the Ecurie Ecosse boys is now the aim. Having Christian join us again with Andrew is great. He’s been to every race so far even though he’s not been driving, offering help to CJ and Andrew so fingers crossed for further progression with that car.”