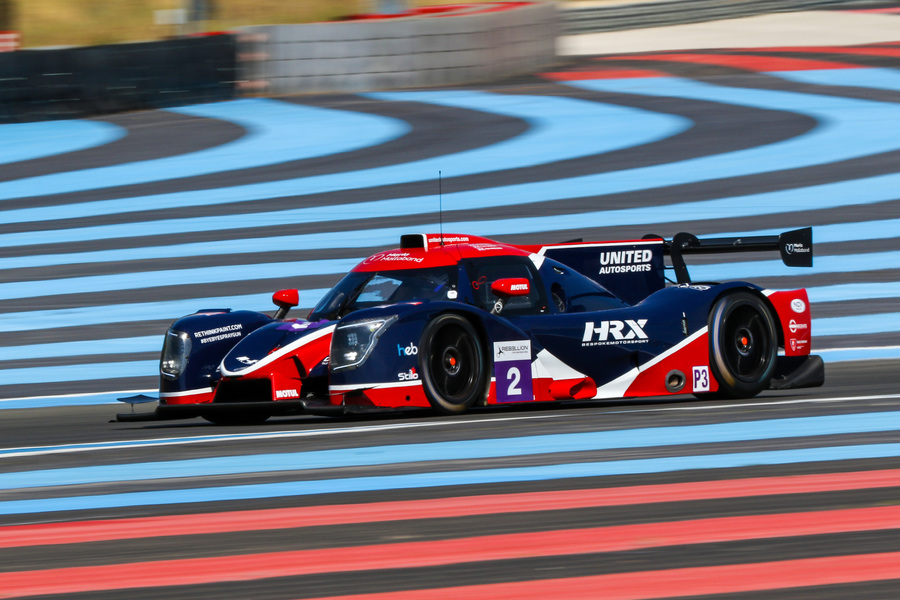 United Autosports make their way back to Paul Ricard this weekend (28-29 August) for round three of the European Le Mans Series and the Michelin Le Mans Cup.

The Le Castellet 240 event replaces the previously announced Barcelona round after the decision was taken by the ACO not to race in Spain.

The United Autosports LMP2 team are currently lying first and second in the standings after a win each for their Oreca 07s. The #22 Oreca of Phil Hanson and Filipe Albuquerque won last time out at Spa after starting from pole position with the #32 crew of Alex Brundle, Will Owen and Job van Uitert winning the opening round at Paul Ricard. Both car crews are aiming for maximum points at Paul Ricard this time out.

The United LMP3 team are leading the ELMS LMP3 championship by 29 points after the #2 crew of Wayne Boyd, Tom Gamble and Rob Wheldon scored the maximum amount of points available so far, with two pole positions and two wins from two races. They will be hoping to extend their lead even further at Le Castellet. The #3 Ligier JS P320 will be down to two drivers at Paul Ricard, as Duncan Tappy and Andrew Bentley race as a duo, with Jim McGuire unable to attend due to rescheduled business commitments brought about by the Covid-19 pandemic.

The Michelin Le Mans Cup team are also aiming high this weekend as John Schauerman and Wayne Boyd are hoping to continue their good form from Spa, after finishing fourth in Belgium. Daniel Schneider and Andy Meyrick will be aiming for a repeat of form from the opening round after a race to forget at Spa.

“We are really pleased to be in the situation we are currently in – leading both championships – but we know it could change at any point. The competition is high and we just need to keep our heads down, stay focussed and take each race as it comes.”

“It’s quite amazing that we are leading both the LMP2 and LMP3 championships, but I also know there has been a lot of hard work gone into this over the break in racing so it is a great reward for the hard work from the team. I hope we can continue this good run we are on but we are not unrealistic and we know this could end at any time so we are focussing on each race as it comes. We went well at Paul Ricard last time out so fingers crossed we can do the same this time.”