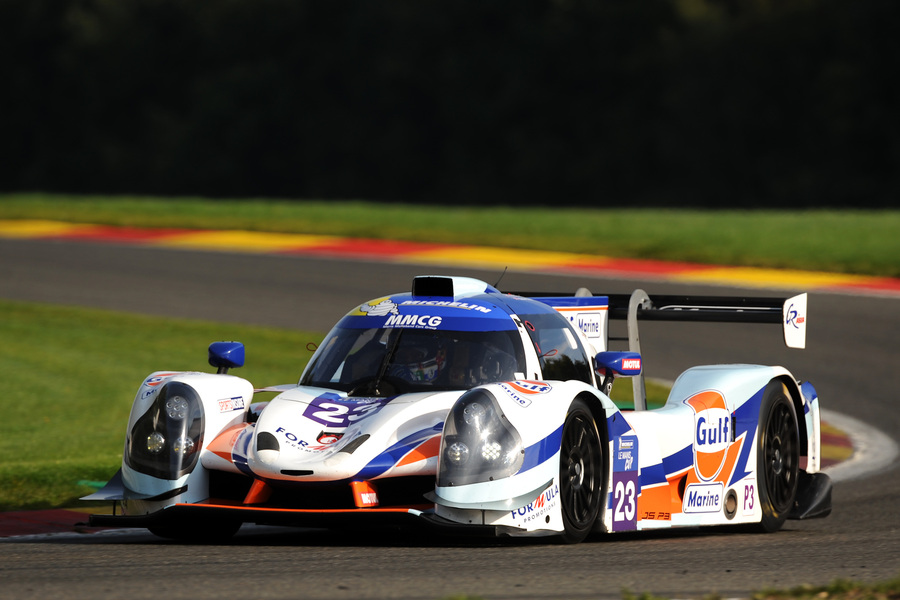 United Autosports have confirmed that Richard Meins and Wayne Boyd will race together in the 2018 Michelin Le Mans Cup.

Richard rejoins the team after making his debut in the Michelin Le Mans Cup last year alongside Shaun Lynn, with Andrew Bentley stepping in as his team mate for the Paul Ricard and Portimao rounds. Richard has raced with United Autosports on and off since the team began racing back in 2010. Wayne joins the Michelin Le Mans Cup grid for the first time after completing two seasons in the European Le Mans Series with Matt Bell and Mark Patterson (2016) and Mark Patterson and Christian England (2017), finishing third in the championship last year.

Richard and Wayne are the second confirmed driver line up in the Michelin Le Mans Cup for the 2016 and 2017 ELMS LMP3 Champions and will race the Gulf Marine-liveried Ligier JS P3. The team have previously announced the return of Matt Bell and Jim McGuire to their Michelin Le Mans Cup team and they will be announcing their third driver line up for the series in the coming weeks.

The 2018 Michelin Le Mans Cup season gets underway at Paul Ricard in France for the official Prologue on 11 April, with the first round taking place that weekend on 13-14 April.

‘’Last year's Michelin Le Mans Cup was an awesome experience and returning for a second year was something I was determined to do. I look at last year as a learning experience, with my co-driver Shaun Lynn and I getting to grips with the Ligier and for a couple of more mature drivers new to the series, I feel we gave a pretty good account of ourselves, as well as having a great time. Being paired this year with Wayne will mean I have a very quick team mate with a proven track record and plenty of experience at this level so we have high hopes for the season ahead. United Autosports just keeps getting stronger and it has been wonderful to be part of their amazing growth story since I first drove for them eight years ago at Macau. 2018 should be our best year so far.’’

“I’m so happy to be back with United Autosports for my third season. I followed the Michelin Le Mans Cup races closely last year. It’s a really competitive series and I’m confident we will be pushing for the championship. I get on really well with Richard and he’s a great driver so I’m looking forward to working with him. Massive thanks to everyone for the opportunity.”

“I’m delighted we have been able to retain both Richard and Wayne for the 2018 Michelin Le Mans Cup season. Richard has been a valued customer for many years and seeing him progress in the Ligier is great. Having Wayne join him is fantastic – he’s a quick driver so I’m hopeful for some good results for these two next year.”

“I’m thrilled to welcome Richard back to the team for another season in the Michelin Le Mans Cup. He’s been with the team for quite a while now and it’s great to see him return year after year. It’s also a pleasure to have Wayne return too. He’s proved himself in ELMS and now to have him working alongside Richard is great for both of them. I’m looking forward to our Michelin Le Mans Cup season.”