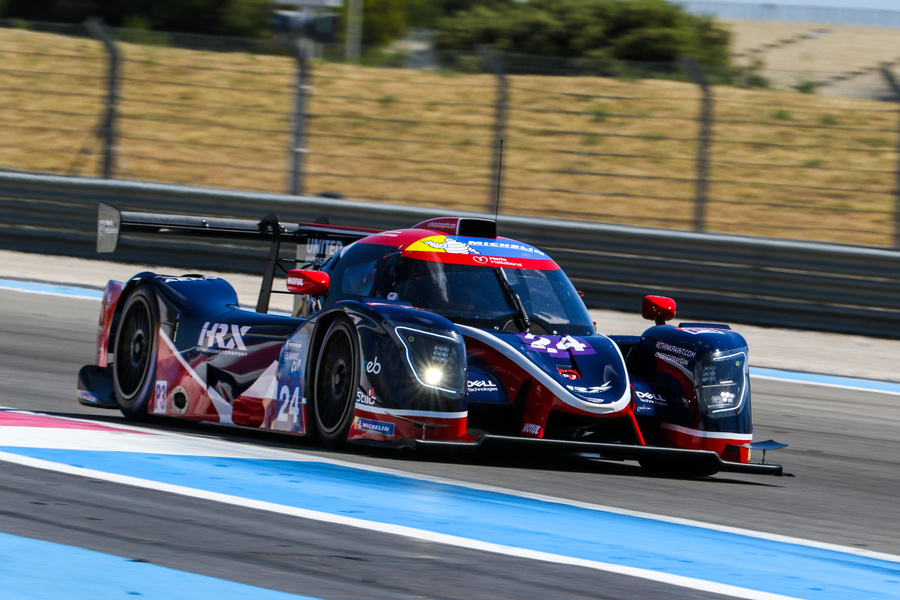 United Autosports’ Michelin Le Mans Cup team scored a top-seven finish after their first race of the 2020 season at Paul Ricard this afternoon, along with a 12th place finish after a three-minute penalty during the second half of the race.

Daniel Schneider, starting his first LMP3 race ever, began the two-hour race from sixth on the grid, while John Schauerman started from 15th after both bronze drivers qualified earlier in the day.

After a frantic start, the safety car was deployed with only 10 minutes of racing completed. Daniel pitted the #24 Ligier JS P320 under the safety car and handed the car over to Andy Meyrick, taking advantage of the addition of a second mandatory pit stop to the regulations in the hours leading up to the race.

As the race resumed, Andy began working his way through the GT3 field while John, who had stayed on board the #23 at the safety car, moved up another spot after a fantastic overtaking manoeuvre at the final corner. After 50 minutes of running, John pitted the #23 and handed over to Wayne Boyd, who rejoined P13.

With 48 minutes remaining, Andy pitted the #24 for fuel only from the lead of the race and rejoined back in the number one spot. Five minutes later Andy pitted again and handed the car back to Daniel for him to complete the race. Unfortunately, the #23 crew picked up a three-minute stop and go penalty for an incident earlier in the race. Wayne left the pits with 28 minutes to go and rejoined the race in 14th.

With 10 minutes remaining Wayne pitted the #23 once again for a splash of fuel, before rejoining to bring the car home in P12. Daniel and Andy finished P7 after a fantastic run during the opening round of the series.

The next round of the Michelin Le Mans Cup will be held at Spa Francorchamps, Belgium on 7-8 August.

“It’s been a pleasure working with the team this weekend and Wayne is a terrific coach and the fastest driver out there in P3. United makes everything so easy for the driver and takes care of everything we would usually be distracted with. The pace in the prologue was really good but in the race we had too many incidents. I think the penalty was a little severe for what was a racing incident. Overall it was a really positive weekend, we finished the race which is something. I’m really looking forward to going to Spa.”

“It’s been a really good opening weekend in the Michelin Le Mans Cup. Working with John has been great and he’s improved over the course of the prologue and into the race weekend so I’m looking forward to seeing what we can do during the rest of the season. The race was tough. We had good pace but I think the penalty was a bit harsh. But either way, John’s had a good weekend, which is the main thing. Onto Spa.”

“My first weekend with United Autosports was really good and encouraging and I’m really looking forward to the next races. Even though I was expecting to achieve a better result in the race, I was still impressed with my pace. To be honest, I’m a rookie, it’s my first time at this track and it’s my first proper LMP3 race weekend so I’m actually proud of what I achieved. If you’d told me a week ago I’d have qualified sixth and finished the race seventh then I would definitely have taken it! But I am disappointed as I felt there was more to give. But we will use that and move forward. The only way is up now.”

“I really enjoyed my debut race weekend with United Autosports. The entire team have done a great job developing the car and it really shows with the pace we have had over the prologue and the race weekend. I’m very proud of the job Daniel has done during his first weekend in the Michelin Le Mans Cup. It’s a tough championship but his effort this weekend has been brilliant. I can’t wait to get to Spa.”

“It’s been a promising weekend in the Michelin Le Mans Cup. Both our cars have shown great pace over the prologue and the race weekend so it’s looking good for the rest of the year.”

“We were feeling really positive going into the race today. We’ve had a really good prologue and race weekend but then the race itself was pretty tough. It was unfortunate that the #23 car got such a long stop and go penalty, which took them out of contention. Daniel and Andy had good pace and it was looking good for them, until a delay in the final pit stop. But, it looks good for the rest of the season. Hopefully we can carry on the pace that we have shown at Paul Ricard onto Spa.”