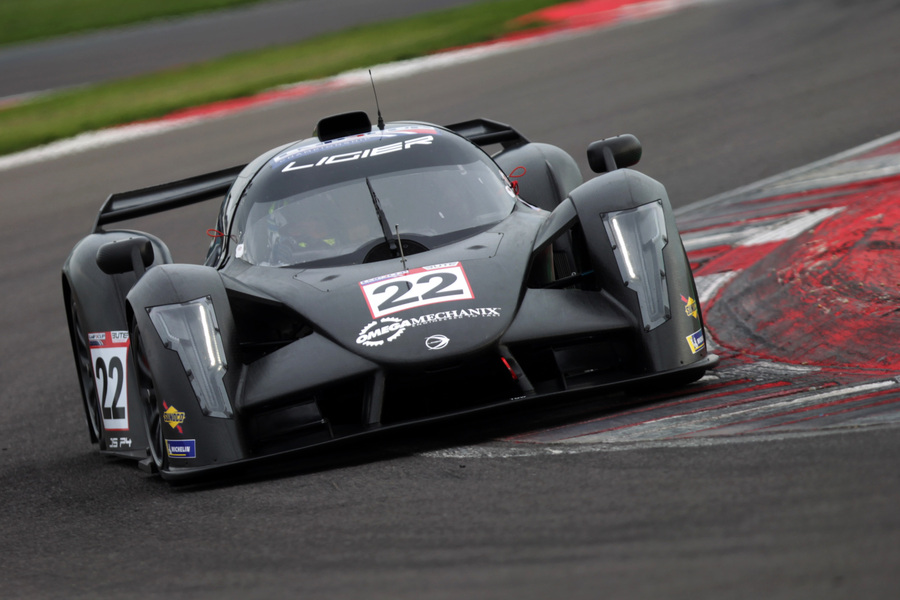 United Autosports finished the opening round of the 2018 LMP3 Cup Championship with a podium as Andrew Bentley and Charlie Hollings finished third in the #32 Ligier JS P3 at Donington Park today (22 April).

The race weekend also saw the worldwide racing debut of the brand new Ligier JS P4, which completed 102 racing laps over the weekend (along with 48 laps covered in practice and qualifying) with Matt Bell behind the wheel. Although it was the only car in the new PT4 class of the championship, lots of mileage and crucial data was gathered and Matt Bell brought home two first place trophies for the team.

During race one, Charlie Hollings lined up in fourth in the #32 Ligier JS P3, after qualifying earlier in the day under sunny skies. Unfortunately, 15 minutes ahead of the race, the rain began to fall leading the team to put on wet tyres as the cars went to line up on the grid. Within two laps, the track had dried sufficiently meaning Charlie had to pit the #32 early to change to slicks. The extra stop immediately put the Ligier JS P3 a lap down, as other teams chose to stick with the slick tyres they gambled on 20 minutes earlier. Charlie ran a trouble-free stint to bring the car into the pits as the pit window opened. Team mate for the weekend, Andrew Bentley took over the #32 and brought the car home in sixth.

After qualifying earlier in the day, Andrew Bentley lined up third for the start of the second race of the weekend. He made a good start and passed the Norma on lap seven before he set about hunting down the leading Ligier of Johnny Mowlem. On lap 23, Andrew passed Mowlem to take the lead. As the pit window opened, Andrew stayed out and built up a lead before pitting and handing the car over to team mate Charlie Hollings. Charlie held the lead until the Norma passed him on lap 41. The #32 ultimately dropped to third as the more experienced Colin Noble passed Charlie to take second place. After 54 laps, Charlie brought the car home for a podium result for the team.

United Autosports now move to the next rounds of the European Le Mans Series and Michelin Le Mans Cup in Monza, Italy (11-13 May) where their seven-car team will aim to get their European racing programme back on track. 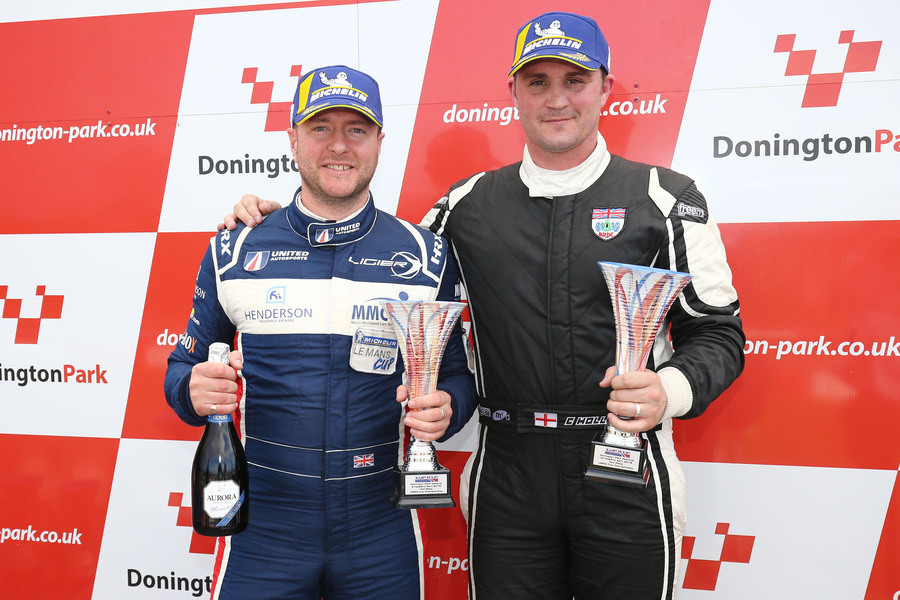 “I’ve had a good and very productive weekend at Donington. It was very cool to be asked to premier the Ligier JS P4 in its first ever race debut. We were playing around with a few things settings wise from a development stand point and I think the guys gathered some valuable data on that front. The car ran faultlessly throughout both races and we got some good mileage so it was a successful weekend and I enjoyed it a lot.”

“This weekend has been great, I’ve really enjoyed it. Working with the team again is fantastic and thank you to Ligier and United for the opportunity. It was a last minute call up so there was no time to fully prepare really, we were straight into the race weekend. It was great racing with one of my best friends Charlie [Hollings] so it’s been enjoyable and pretty successful as well. We were unlucky in the first race, we had the pace to be on the podium. I think ultimately we may have made the wrong call going on wets, but today we knew the car was strong and had the pace, between the two of us we were probably the quickest pairing out there. It was great to get the car into the lead – chasing Johnny was great. I pressured him into a mistake which was enough for me to get by so it was just a case of reeling out the laps and not making any mistakes myself. Unfortunately I think we had a little bit of damage so Charlie wasn’t able to keep the lead, but third place is a great result considering we have had very little running and it was the first time in the car for both of us for a long time.”

“A big thank you to United Autosports, Ligier and LMP3 Cup – it was great to be with the team and in the championship again. It’s a really competitive championship and the racing is really close. I think we could have had a good result yesterday, it was a shame we got unlucky with the weather. It was nice to have a podium today though. We had a bit of damage to the rear of the car and I was struggling as the race went on, but other than that the car has been perfect all weekend.”

“It was a privilege to debut the brand new Ligier JS P4 at Donington this weekend. The car has run faultlessly all weekend and it was good to get some racing laps under its belt so we can move forward with the development of the car – it looks stunning on track too. In our LMP3 car, Andrew and Charlie did a great job. Charlie hasn’t driven a P3 car since the taster round of the series at the end of 2016 so he settled back into it really well. Andrew has driven the car more recently with us in Europe, but again, did a fantastic job getting us into the lead in race two. I’m looking forward to seeing the Ligier JS P4 out on track more now.”