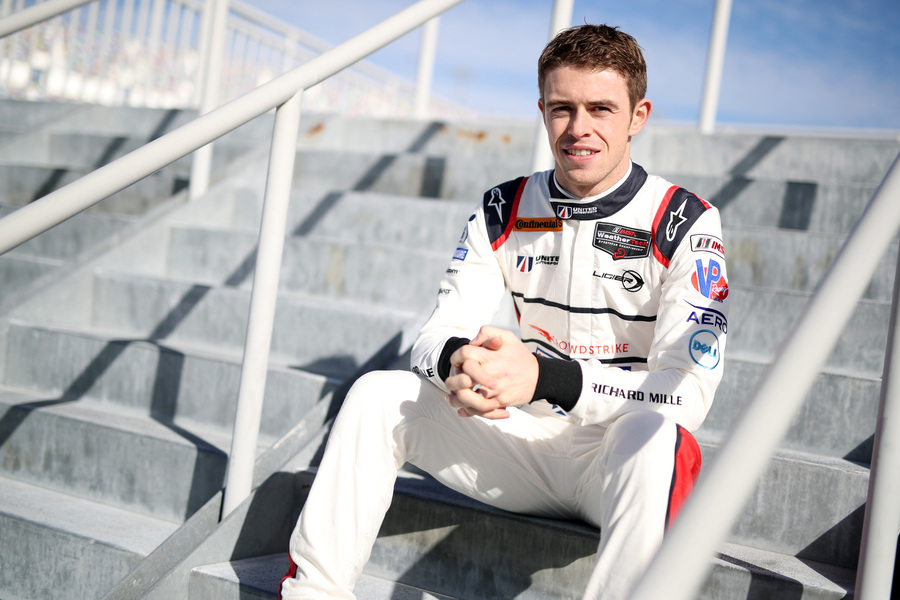 United Autosports have confirmed that Paul Di Resta will join the team once again for the Sebring 12 Hours and the Six Hours of Watkins Glen.

Paul will race alongside Phil Hanson and Bruno Senna in the second and third rounds of the Tequila Patron North American Endurance Cup, part of the IMSA WeatherTech SportsCar Championship. Paul joined United Autosports for the first time at Daytona last month, making his sports car debut in the Rolex 24 At Daytona. He raced alongside Bruno and United’s regular LMP2 drivers, Will Owen and Hugo de Sadeleer, finishing fourth. The quartet led the race at one stage and were firmly within sight of the podium, until a clutch issue hampered their progress.

Phil, Bruno and Paul will take part in the official Sebring test on 22-23 February, before returning to Florida for the race on 16-17 March.

United Autosports announced last month that they would race in the four endurance events that make up the Tequila Patron North American Endurance Cup with Phil Hanson and Bruno Senna. Unfortunately, due to the FIA WEC date change for the Fuji round, Bruno is no longer able to race at Petit Le Mans in October. Phil’s team mates for the final round of the series at Road Atlanta will be announced in due course.

“I’m massively excited to be taking on some more races in IMSA. After the success we had in Daytona and what could have been, I’ve really got the bug for doing more and why not be part of it with United Autosports where it all started. It’s a new task for the team racing out in America and there’s lots going on, but being part of that back in the car alongside Bruno and Phil is great. There’s plenty of work to do and I’m looking forward to undertaking these two races and seeing what it leads to. Hopefully we can have a great result and the team can work together to get the best out of it.”

“It’s great to have Paul back with the team for Sebring and Watkins Glen. He did a fantastic job at Daytona and really settled into sports car racing so to have him racing alongside Bruno and Phil will only strengthen our campaign out in America.”

“I’m really pleased we managed to put a deal together to have Paul join us for the next two rounds of the Tequila Patron North American Endurance Cup. He did a brilliant job during the Daytona weekend and I’m delighted he has taken to sports car racing so quickly. Paul’s commitments to Mercedes in DTM mean he is unable to join us on the Petit Le Mans weekend, but we are looking forward to welcoming him back to United for Sebring and Watkins Glen. They are two great circuits and I’m sure he will love taking on the challenge."