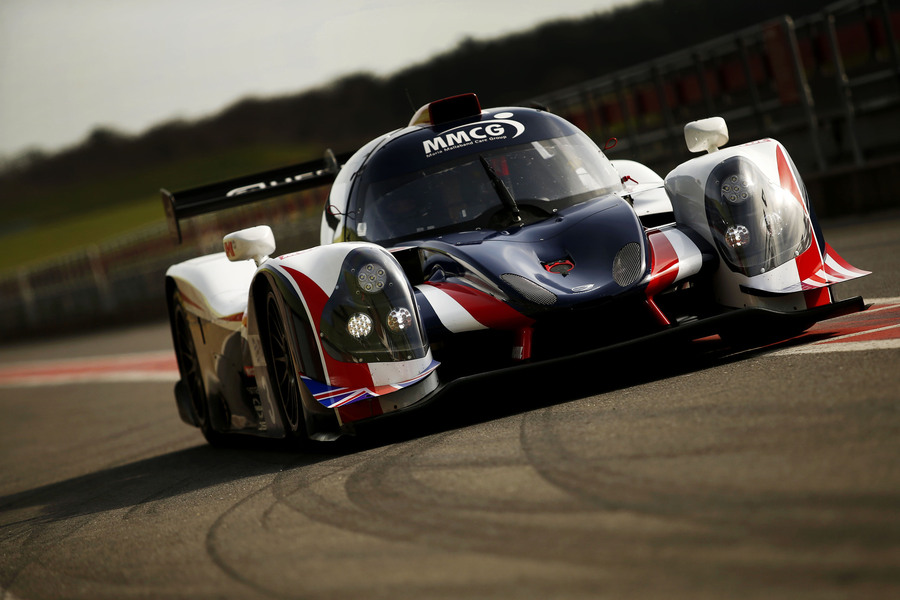 United Autosports have confirmed that Naj Husain and Colin Braun will race for the team in the Michelin Le Mans Cup this year.

Naj and Colin are the third Le Mans Cup driver pairing to be announced by the 2016 and 2017 ELMS LMP3 Champions. They will join already announced team mates Matt Bell, Jim McGuire, Richard Meins and Wayne Boyd and will race the #32 Ligier JS P3.

Naj has experience racing a Ligier JS P3 in the US, finishing third in the IMSA Prototype Challenge last year with ESM, combined with winning the Masters Championship after moving from racing in the Radical North American Championship in 2014 and 2015. Colin currently races for CORE Autosport in the IMSA WeatherTech SportsCar Championship, most recently finishing third in the Rolex 24 At Daytona. Colin has raced in high level sports prototypes for many years, including finishing on the podium at the Le Mans 24 Hours.

The 2018 Michelin Le Mans Cup season gets underway at Paul Ricard in France for the official Prologue on 11 April, with the first round taking place that weekend on 13-14 April. Ahead of the first round, Naj and Colin will be attending the United Autosports pre-season test at Portimao, Portugal next week (5-7 March). Alongside United’s two ELMS LMP3 cars. The team’s LMP2 drivers will be taking part in the official Dunlop tyre test at Aragon, Spain next week too.

“I am super excited to be driving with United Autosports and Colin Braun in the 2018 Michelin Le Mans Cup. I had a great 2017 in the IMSA prototype series driving a Ligier JS P3 and I felt it was time to experience the European circuits. I am happy to be with United Autosports for our first season in Europe as they have built a top notch programme. We know the competition in the Michelin Le Mans Cup will be tough. I will need to work hard to compete at this level and become a better driver. I’m really looking forward to working with Colin and the team.”

“I am very excited to pair with Naj and United Autosports for the 2018 Michelin Le Mans Cup. I have heard great things about the series and the tracks we get to visit. It will be nice to return to Le Mans after being on the podium in the GT class in the 24-hour event years ago. I have known Naj since he first started racing in America in Radicals and watching him grow and develop as a driver has been really exciting. I am looking forward to helping Naj transition into the longer endurance format. I know with a great team like United behind us the sky is the limit. Having raced against them at Daytona earlier this year I got a chance to observe their organisation first hand and it is quite impressive. I have had a few chances in the USA to drive the Ligier JS P3 and I really enjoyed it.”

“Our team is almost complete for 2018 and the addition of Naj and Colin to the Michelin Le Mans Cup team is fantastic. They both have prototype experience so I’ve got high hopes for them this year.”

“I’m really pleased to welcome Naj and Colin to United Autosports. Naj has proved in America that he is quick in a P3 car and Colin’s results speak for themselves. We raced against Colin in LMP2 at Daytona earlier in the year and he was super quick and finished on the podium ahead of us. So, with the Michelin Le Mans Cup proving to be an incredibly successful and popular series, and our team now complete with three really quality driver line ups, I am excited to see how we get on this year”.