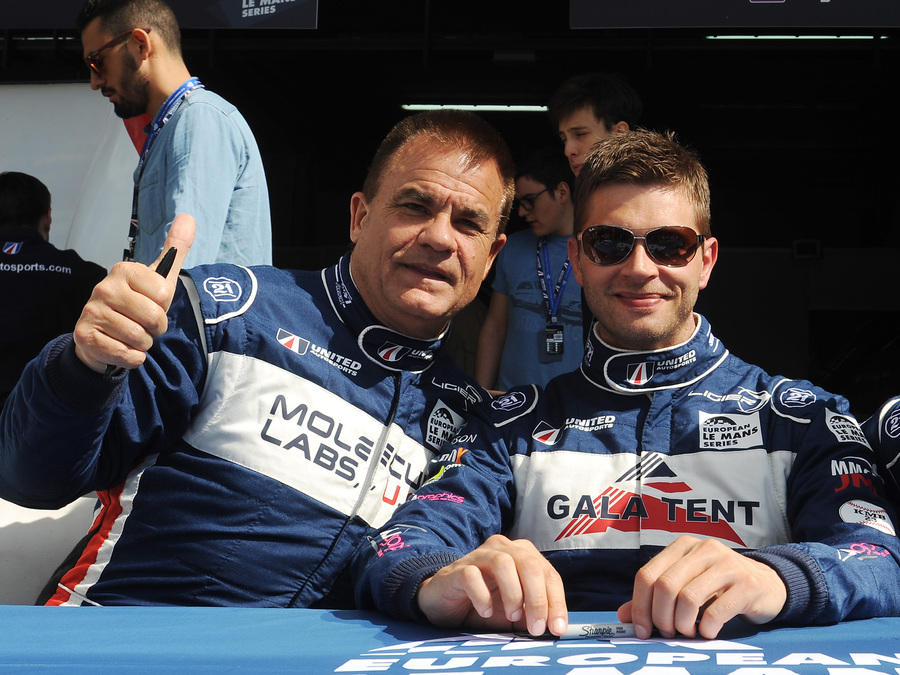 United Autosports can confirm that Mike Guasch and Christian England will return to the team for the 2019 European Le Mans Series.

The 2016 ELMS LMP3 Champions will return to the team for their second shot at the LMP3 title. Mike and Christian were partnered with Alex Brundle when United Autosports made their ELMS debut in 2016, winning the first three races of the season and scoring a podium at five of the six rounds giving them the championship win with one round remaining.

American racer, Mike Guasch has spent two years away from racing in Europe, while Christian spent a second year in the ELMS in 2017, before moving to the Michelin Le Mans Cup in 2018. Christian also raced in the second round of the Asian Le Mans Series in Japan in December, filling in for Jim McGuire, where the team scored their first LMP3 win of the championship.

Mike and Christian’s return coincides with the world-wide launch of the movie “The Gentleman Driver” featuring Mike and three other gentleman drivers and their journey through the ELMS, World Endurance Championship and the Le Mans 24 Hours. Mike’s story specifically focuses on his ELMS Championship winning year with United Autosports. “The Gentleman Driver” is available worldwide from tomorrow on digital download here: www.thegentlemandrivermovie.com

The 2019 European Le Mans Series begins with the official prologue at Paul Ricard on 8-9 April, with the first round of the season held later that week on 12-14 April.

“I’m very excited to come back to United Autosports. Since I left at the end of 2016 I have raced in LMP2 at Daytona and Sebring but then for one reason or another it didn’t work out so I moved on and focussed on my business. In 2018 I kept up with racing by doing a lot of karting, just to stay in shape and sharpen my skills and to prepare for 2019. I have wanted to come back to United for a while and the perfect deal came about and Richard and I were able to make it happen, so I’m very excited. I’ve stayed in contact with Christian over the last two years and we have been saying we would do something together again in the future so I was really pleased to be able to call him and tell him we were going racing again with United. Let’s go win some races.”

“To say I’m excited would be a complete understatement. After calling in the workshop for what was just supposed to be a coffee and a catch up back at the beginning of 2016, here I am. Four ELMS wins, one Asian Le Mans Series win, two LMP3 Cup wins, numerous podiums and of course one ELMS championship later, I can’t quite believe we are about to start our fourth season together. It's been special to be part of the United family over these last few seasons but this year definitely feels like the best yet. I can’t wait to get started working with Mike again. We had such a great friendship back in 2016 and of course winning the championship in our debut season was something very special. The competition is extremely strong in ELMS but one thing I do know is that our motivation is very high. We the drivers and United as a team are relentless and undeterred in our will to win. I personally feel like I’ve waited a lifetime to be back in this position again so a massive thanks to Richard, Zak and all involved for the continued support and for believing I’m worthy of a seat.”

“It’s great to have our returning champions back for the 2019 season. Hopefully they can replicate what they did in our debut year in the ELMS and come away champions once again.”

“I’ve kept in touch with Mike since he last raced for us and always hoped he would return, so I’m thrilled we have managed to pull this deal together for him to race with Christian once again. The ELMS grid has changed a lot since we won our first championship in 2016, the competition is so strong, but I think we have a good shot of being in the hunt from the off. Getting the LMP3 Championship back is definitely our aim.”