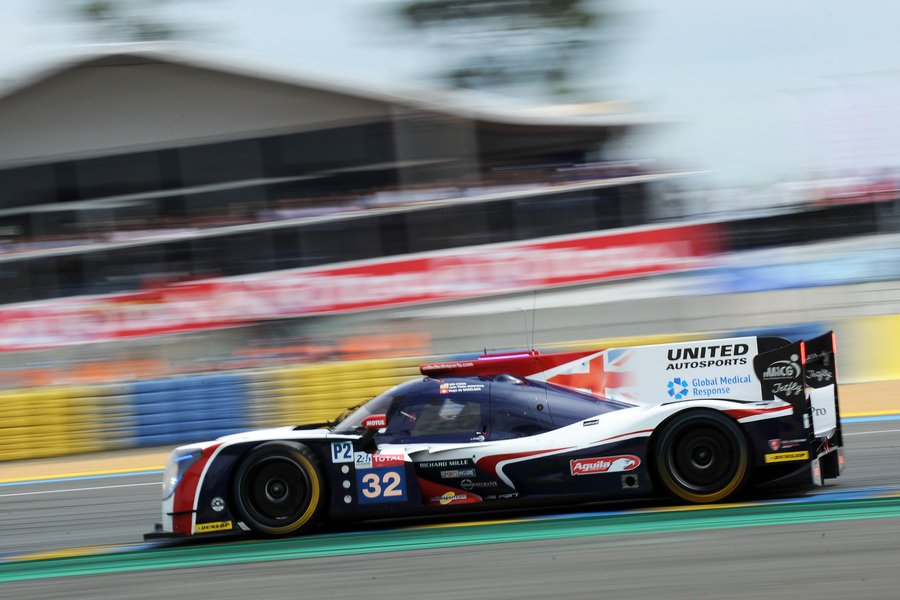 It has been confirmed that United Autosports finished third in the 2018 running of the 24 Hours of Le Mans.

United’s full season drivers Will Owen and Hugo de Sadeleer were joined by former Formula One star, Juan Pablo Montoya for the world-famous endurance race. This year marked the team’s second attempt at the Le Mans 24 Hours after making their debut and finishing fifth overall (fourth in class) in 2017.

United Autosports have had eight podium finishes so far this season, including three wins, with a spectacular double win last time out at Spa Francorchamps when they won both the LMP2 (overall) and LMP3 classes.

The Anglo-American team plan to return to Le Mans next year for the 2019 24 Hours of Le Mans.

“No matter what the result was this year, I can say that everyone who was a part of the team killed it! Getting moved up to a podium though makes this event so much more rewarding. United Autosports wants to win just like everyone else does, but fortunately everyone on the team has enough integrity to do it fairly and honestly. Le Mans was an amazing experience in every way and now being a part of this event's history has added to it even more. We didn't get to stand on the podium for the picture, but fortunately the result will last forever.”

''Every year United Autosports is working at their best to achieve the incredible results they have. Throughout this time, the 24 Hours of Le Mans is the race in the back of everyone's minds. Just finishing this race is an incredible achievement that requires months of preparation, so be on the podium of this mythical race is an indescribable feeling and I'm thankful that everyone's hard work and dedication led us to this amazing result.”

I’m very happy with the result. It’s a shame we missed on the celebrations at the time, but the team worked very hard for this and I’m very proud to have been part of this effort.”

“A podium at Le Mans – fantastic. I’m so proud of the whole team. What a great result. Our aim now has to be the win….bring on next year!”

“It’s amazing that in only our second attempt we come away from the biggest race in the world with a podium finish. As incredible as that is, I have every faith in our drivers and team that we can fight for those positions amongst some of the best drivers and teams in the world of endurance racing. I’m very proud of Will, Hugo, Juan and the whole team for this result. Phil, Paul and Filipe had a tough race, but this shows they too could have been fighting for podium positons. I can’t wait to hopefully return next year and go a couple of spots better.”ugo and Juan Hugo