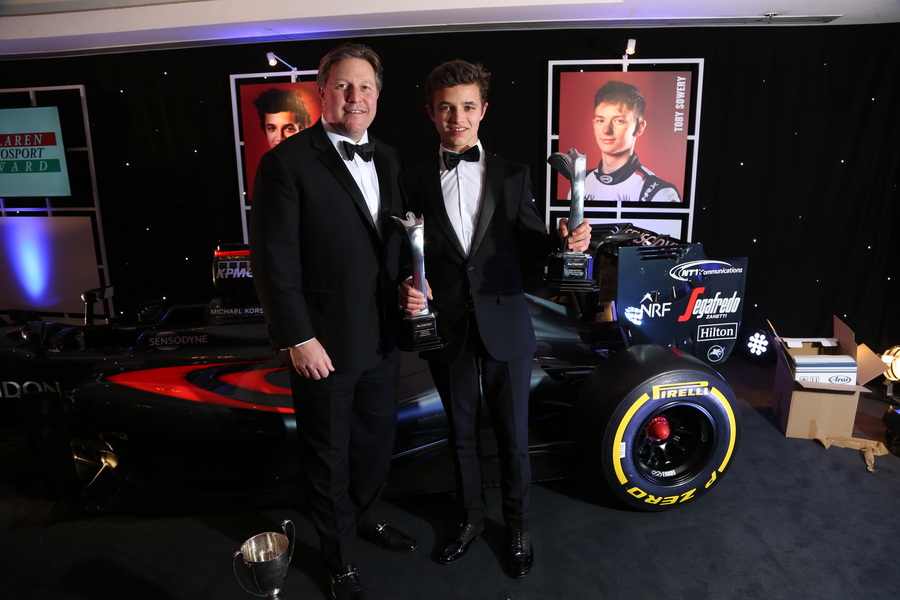 United Autosports have confirmed that Lando Norris will join the team for the Rolex 24 Hours of Daytona in 2018.

Norris has won numerous championships in his short career, which include the Formula Renault 2.0 Eurocup, Formula Renault 2.0 NEC, MSA Formula and many karting championships, establishing himself as one of the most exciting young talents in the world of motorsport. Lando is now part of the McLaren-Honda Young Driver Programme, which aims to help young, aspiring racing drivers to further their racing career. In 2016, Lando won the McLaren Autosport BRDC Award and was named a BRDC SuperStar in 2017. Lando is currently racing in the FIA Formula 3 European Championship and won his first race from pole position.

United Autosports have already announced that their ELMS LMP2 driver, Will Owen will race for the team at the twice-round-the-clock race and are still to confirm the rest of their driver line up.

United Autosports previously raced in the Rolex 24 At Daytona in 2011 with Martin Brundle, Mark Blundell, Mark Patterson and Zak Brown behind the wheel of a Riley Ford Daytona Prototype. They finished fourth after 24 hours of racing - less than four seconds behind the winning car. The Daytona 24 Hours will be the second 24-hour endurance race the team will take part in in 12 months after finishing fourth in class and fifth overall at the Le Mans 24 Hours in June.

“I’m really excited to be racing for United Autosports and at Daytona. The team have proved themselves to be front runners in prototype racing and they had a great performance at the Le Mans 24 Hours last month so I’m hoping I can add to their LMP2 success. To race at Daytona will be fantastic. It will be my first 24-hour event but I can’t wait to get out in the car round such an iconic track.”

“Lando is a great talent and I’m thrilled we have worked out a deal to have him drive for United Autosports at Daytona. Although he doesn’t know the car, I’m sure he will pick it up and learn from his now relatively experienced team mate Will. I’m excited to see how he gets on.”

“I’m really excited that Lando Norris will be joining us for the 24 Hours at Daytona. I have been watching Lando since his Ginetta Juniors days and he has pretty much dominated all the lower formulas since then. As a McLaren-Honda F1 development driver and the current McLaren Autosport BRDC Young Driver of the Year award winner Lando is very hot property right now. I’m really pleased he joins the United family at Daytona in our Ligier LMP2 car.”