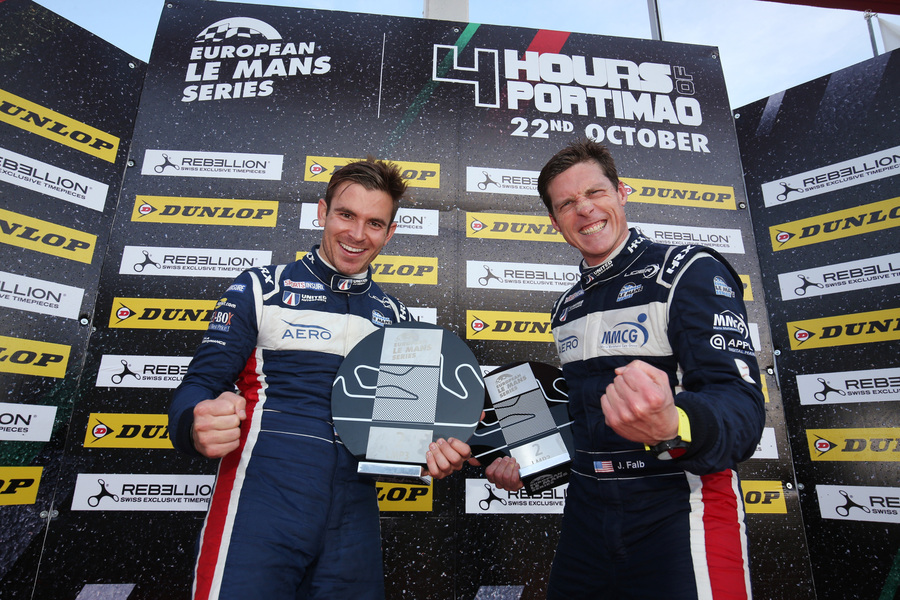 United Autosports have confirmed that John Falb and Sean Rayhall will return to the team in 2018.

The American duo will return to the Anglo-American squad with the aim of defending their 2017 European Le Mans Series LMP3 Championship.

John and Sean joined the team for the 2017 season and scored three wins, including a win on their debut at Silverstone and a win at the prestigious Road to Le Mans race. They also took a total of seven trips to the podium throughout the 2017 season, finishing the year as ELMS champions by 22 points.

They will also be aiming to repeat their Road to Le Mans race win in 2018, by joining the team for the special event in June.

Since they last raced for United Autosports, John won the PC class of the Motul Petit Le Mans in October, while he and Sean raced together in the 25 Hours of Thunderhill. Sean also raced in the IMSA Prototype Challenge at Daytona and they will join forces once again in the GTD class of the Rolex 24 At Daytona next weekend.

The 2018 European Le Mans Series begins on 9-10 April with the official Prologue at Paul Ricard. The first round will follow that weekend with the 4 Hours of Le Castellet. United Autosports will field two Ligier JS P3s in the 2018 ELMS with the second line up still to be confirmed. They will also enter two Ligier JS P217s into the LMP2 class of the ELMS.

“I’m super excited to be back with the United Autosports family. We had an unbelievable 2017 winning the championship and I’m excited to be able to keep the team together with a solid programme and be able to build on all the work we did last year. We know we have to work hard as everyone will be upping their game and I know where I need to improve to become a better driver. I can’t wait to get back to the team and contest another championship in the European Le Mans Series."

“We had a lot of success with United Autosports last year and it’s like a family over there, so it made sense to go back. We had other offers and we considered LMP2, but being back with United is definitely where we want to be long term. I’m excited to keep the group together. We have some things we can improve on, but I’m sure we can fix those with the hard work I know the team will invest in the programme.”

“It’s great to have John and Sean back with United Autosports for a second year. They showed what they can do in 2017, so now we can aim for a third consecutive championship in a row for the team, as this pair have proved they can win it once, why not win it again?”

“I’m so pleased John and Sean are going to be returning to the team for 2018. We formed a great relationship during the 2017 season and I was thrilled to see them crowned as champions at Portimao last October. It’s good for the team to have consistency with drivers and I’m sure we can only build on what we started last year. The competition will be tough once again, but I’m confident in this line up and the team, that we can put up a good fight for the title.”