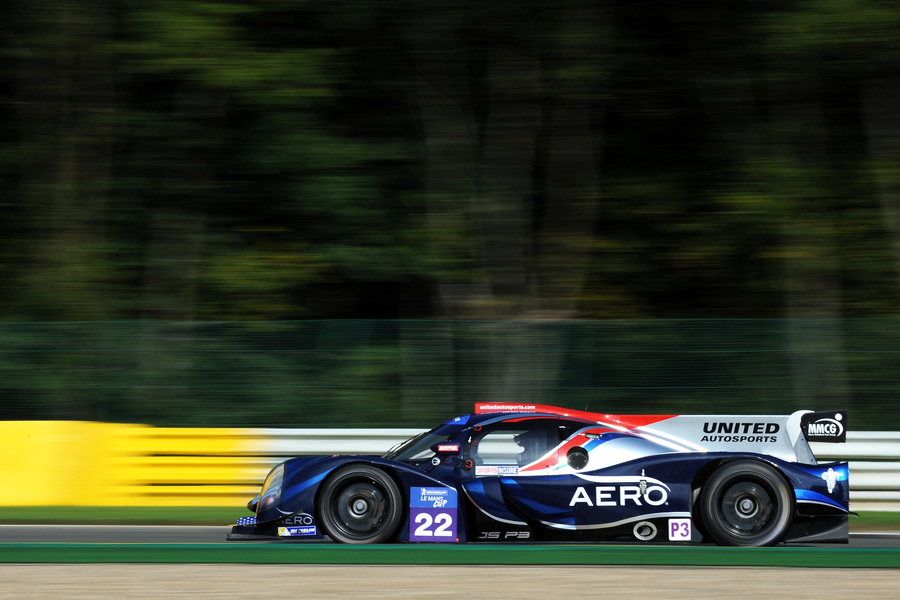 United Autosports have confirmed that Jim McGuire and Matt Bell will return to the team for the 2018 Michelin Le Mans Cup.

The pair joined forces for the first time last year, racing the #22 AERO Ligier JS P3 in the support race to the European Le Mans Series. They scored their first podium at the final round of the championship at Portimao, topping off a successful first year for the team. Throughout the year, they scored six top 10 finishes, including a sixth place at the prestigious Road to Le Mans event. The Road to Le Mans event will once again feature in the calendar for Jim and Matt as round three of the Michelin Le Mans Cup.

The 2018 Michelin Le Mans Cup season gets underway at Paul Ricard in France for the official Prologue on 11th April, with the first round taking place that weekend on 13-14 April.

"It's super exciting to be returning for the Michelin Le Mans Cup this year! United Autosports is such an extraordinary team, Matt Bell is a mega co-driver and coach and the Michelin Le Mans Cup is simply the BEST! Between the team, the AERO-painted Ligier JS P3, the organizers, and the competitors, I'm probably at the epicentre of motorsports for the serious gentleman driver. I'm just thrilled to be returning this year to compete in the MLMC with United Autosports."

“I’m really looking forward to coming back to the Michelin Le Mans Cup. Jim made huge progress through the year which ended with his most impressive performance of 2017 in Abu Dhabi. We will be aiming to carry that success through to this season and if we can, I think we will definitely be able to challenge for podiums all year. In general, it’s fantastic to be back driving with Jim, he’s a great personality and is a joy to work with. Obviously it goes without saying I’m looking forward to being back with United, which will be my eighth season with the team.”

“I’m thrilled we have Jim and Matt back with the team for 2018. They both fit in really well and they are great personalities to have around. Seeing Jim progress throughout 2017 was fantastic and I’m sure some more podiums will come their way this year.”

“I’m really pleased we’ve managed to retain Jim and Matt for the 2018 Michelin Le Mans Cup season. Jim is a real personality to have around the team and Matt has been an integral part of United Autosports from day one. The pair did a great job last year and made real progress throughout the year so I’m hoping we can build on that in 2018. Seeing them come away from the final round in Portimao last year with a trophy was a great way to end the year so we will be aiming for more of that this season.”