Italian adventure up next for United Autosports and Phil Burgan 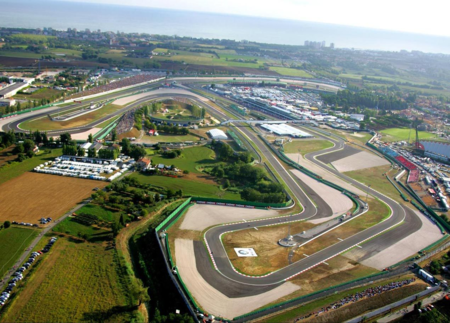 Phil Burgan will be driving his Audi R8 LMS ultra round the 4.060kms-Italian circuit, as the team enters the final round of the newly-created SRO Championship.

The GT Sports Club consists of purely amateur drivers, with no professionals allowed, giving those drivers who share a passion for fast sports cars and friendly competition, a chance to race fairly among their peers.

This weekend marks the team’s second trip to Italy in their short history, after competing at Monza in the 2012 Blancpain Endurance Series, but it will be the first time the team have raced at Misano. Phil himself has tested at Misano in a Trofeo Maserati nearly 10 years ago, before the direction of the track was changed from anti-clockwise to clockwise.

The Misano World Circuit Marco Simoncelli is located in the Province of Rimini in Eastern Italy, only a few kilometres from the coast. In 2012, the track was renamed to commemorate local bike rider, Marco Simoncelli, who died in 2011.

“I’m excited to be going to Misano. I enjoy racing in Europe, as that is where most of my racing career has been spent, and I like going to different places with different cultures. It will be interesting to compete in the GT Sports Club championship as it seems to be quite a level playing field in terms of the balance of performance of the cars and the fact there are no professionals, it’s just gentlemen drivers. Misano has got a very fast back section and it’s an old track with not much run off so you can’t afford to make a mistake there.”

“We are looking forward to going to Misano with Phil and branching out into the GT Sports Club. Phil will be racing against other non-professionals and I believe he’s got a good chance among this level playing field and the Audi should go well round there. United have never raced at Misano so it is a new challenge for us and something we are very excited about.”