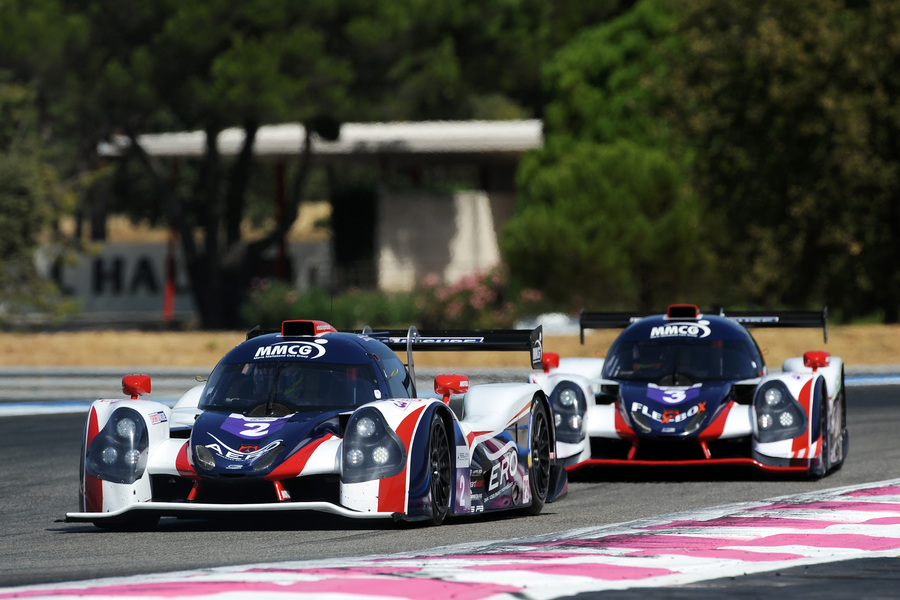 United Autosports make their way to the world-famous Spa Francorchamps circuit in Belgium this weekend (23-24 September) for the penultimate rounds of the European Le Mans Series and Michelin Le Mans Cup.

Last year the team clinched the ELMS LMP3 Championship with a round to spare, after Alex Brundle, Christian England and Mike Guasch finished second, gaining enough points to seal the crown.

This year, John Falb and Sean Rayhall lead the LMP3 standings by 12 points, meaning they could mathematically win the title at this round. Mark Patterson, Wayne Boyd and Christian England will be hoping for their luck to return after two non-finishes in the previous rounds.

The LMP2 trio of Will Owen, Hugo de Sadeleer and Filipe Albuquerque are chasing down the LMP2 championship leaders and currently lie second, 12 points behind the leaders.

Over in the Michelin Le Mans Cup team, Shaun Lynn returns to partner Richard Meins after being unable to race at Paul Ricard, where Richard, along with Andrew Bentley, finished sixth. Richard and Shaun will be hoping to maintain the good form heading into the Spa weekend. Jim McGuire and Matt Bell started the Paul Ricard race well, until Matt was hit from behind causing a puncture and bodywork damage, losing them time and positions while the team repaired the Ligier in the pits. Both cars will be aiming for top-five finishes this weekend.

The 4 Hours of Spa Francorchamps will begin at 12:00 on Sunday 24th September, with the two-hour Michelin Le Mans Cup race held the day before at 16:00 on Saturday 23rd September.

“I am looking forward to getting back to Spa. It is such a beautiful track and the longest on the ELMS calendar, which makes for a great event. I enjoy the all of the very high speed corners where you really get to lean on the downforce and being smooth is rewarded. With two more rounds left in the championship we will be as focused as ever on a great result.

“I can't wait to get to Spa and get back to work with United Autosports. Our test went well there and we learned a lot earlier in the year. It's a very special place to win at and I can't wait to go trophy hunting in the fifth round of ELMS.”

“After a productive test at Spa not too long ago, we all look forward to charging hard for the trophies at the world's most demanding race track. I can't wait.”

“I can't wait for Spa. It's always been one of my favourite circuits and we also had a podium there last year. We had a really good test at Spa a few weeks ago where we all showed very good race pace compared to last year so I'm really looking forward to seeing what we can do this time.”

“I think all three of us can't wait to get to Spa after such a disappointing race weekend at Paul Ricard. We only have one aim now and that is to win. We've had the pace all year to win the races but things have gone against us. We had a great two-day test a few weeks back so we go with high hopes. Spa is my favourite track and I hope the weather is kind to us. We clinched the championship at Spa last year so I have fond memories of the place. Let's hope we can have some more fond memories to take away this year.”

“It's crazy that we are already saying there are only two races left in ELMS this year, but that is the challenge that we are facing. Currently we have 12 points to make up to P1 in the championship and now we must push even harder than before to gain ground. It is nice to have two days of driving at Spa already under my belt because certainly it is not an easy track for driving or setup either. I am very thankful for the season I have had with United so far this year and I am hoping we can end on an even better note.”

“Spa is everyone's favourite track for obvious reasons, but for me it's extra special because it's the track where I took the first win of my career. We were able to test at Spa a few weeks ago, which is very important for Will and I considering the difficulty of the track and the fact that we are still within reach of the championship lead!"

“Spa is one of my favourite tracks in the world. After competing there this year in the 24h of Spa I am really looking forward to racing in the quick LMP2 and to do Eau Rouge flat out. I think Spa will be a bit hard on performance for our Ligier, maybe one of the hardest but as we could see in Paul Ricard accidents can happen when no one is expecting. I hope we have had our share and from now on we only have clean races. We have to reduce the championship gap and for that we will be taking more risks than before.”

“So far the season has been spectacular for us. Racing at legendary European circuits has been an amazing privilege and truly a step up for me. Matt and I obtained some good points at Monza, Le Mans and the Red Bull Ring with our AERO-painted Ligier JS P3 and now we’re heading to Spa-Francorchamps, which is just epic for me as an American. It’s absolutely beautiful, historic, nuanced, and challenging. I’m expecting our lightweight and durable AERO Sustainable Paint Technology will help give us an advantage around Eau Rouge and help protect the car from the massively variable weather. The car feels good and tight and the UAS crew does a great job optimising it for every track, so I have every confidence that we’ll be ready. Flat out at Eau Rouge? Go ahead Matty!”

“Spa is my favourite circuit on the calendar so I can’t wait to go back. Last year’s ELMS race was memorable. I was able to grab a front row start and we finished up P3, so we’ll be aiming to go back and be just as competitive. It’s another new venue for Jim and probably the biggest challenge of the year so I think he’s pretty excited. After the disappointment of the last race we’ll be aiming for top-six once again and hopefully a less eventful race on the way there."

‘’Spa in the early autumn. It's why we go motor racing isn't it? It's always a cliché to describe Spa as majestic, but this truly is one of the world's great tracks and after our strong result at Paul Ricard I am itching to get back in the Ligier JS P3 and take on the challenge. Of all the tracks in the Michelin Le Mans Cup this is the one I know best having raced here regularly for over many years in a wide variety of cars, but there is no doubt that the downforce and the dynamics of the Ligier will make this a totally different proposition from the historics, touring and GT3 cars I have raced here in the past and the fickle weather is just another element that makes Spa so unique. I can’t wait.”

“I’m looking forward to getting back in the Ligier JS P3 at Spa. I missed the last round at Paul Ricard so getting back to the team is something I will enjoy. I love Spa – it’s such an historic circuit, to race a prototype round there will be fantastic.”

“Spa holds great memories for us as we clinched the 2016 ELMS LMP3 Championship there last year. It is possible to do that again this year, but we will approach the race as we do every other – to score as many points as we can.”

“We head to Spa with memories of clinching the LMP3 Championship here last year, but we are, as always, focussed on getting the best results possible across the whole team. John and Sean need to score maximum points to help their championship challenge and the LMP2 team also need to have the best weekend they can so we can hopefully reduce the gap to the leaders.”