Historic American cars to return to the Speedway with United Autosports 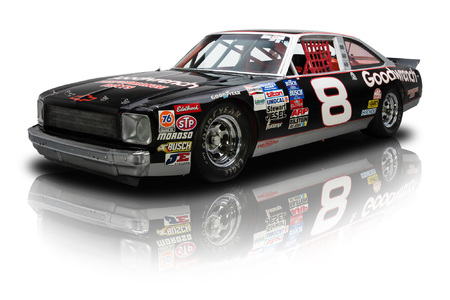 United Autosports will have two of their prized historic race cars on display at Rockingham Motor Speedway this Bank Holiday Monday (31st August).

As part of the Cars & Stripes event at the Northamptonshire track, United Autosports will be displaying a 1977 ex-Dale Earnhardt Chevrolet Nova NASCAR and a 1991 ex-Rick Mears Penske Indy Car. Both these cars are owned by United Autosports co-owner, Zak Brown and have been restored and maintained by the team at their workshop in Leeds, England.

The Chevrolet Nova was originally built as a Pontiac Ventura by Earnhardt’s father-in-law, Robert Gee, but became a Nova after Dale Sr. discovered the Chevy Nova drafted better. With the familiar Wrangler Jeans livery, Earnhardt won multiple events, at Caraway, Daytona, Rockingham and Charlotte with this vehicle as a Ventura in 1982 and 1983.

The Penske PC20 was driven by Rick Mears to victory from pole position at the 1991 Marlboro 500 at Michigan International Speedway. The victory was Mears’ last Indy Car race win.

Although only a static display, both the Nova and Penske will feel firmly at home at Rockingham – with the American-style banked oval section being the main feature of the circuit – as the Cars & Stripes event celebrates all things American.

“The Chevrolet and the Penske will fit in well at the Cars & Stripes event and I hope people will enjoy seeing them there. Although this time they are only on static display, we are hoping to take them back to Rockingham, especially the NASCAR, to do some testing. Seeing the Chevrolet take on the Rockingham oval would be a special sight.” 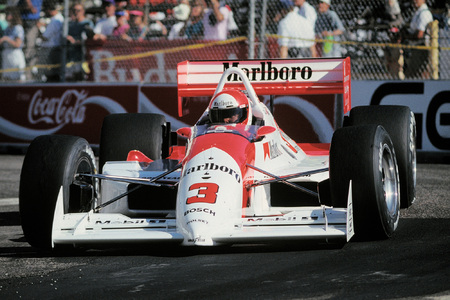