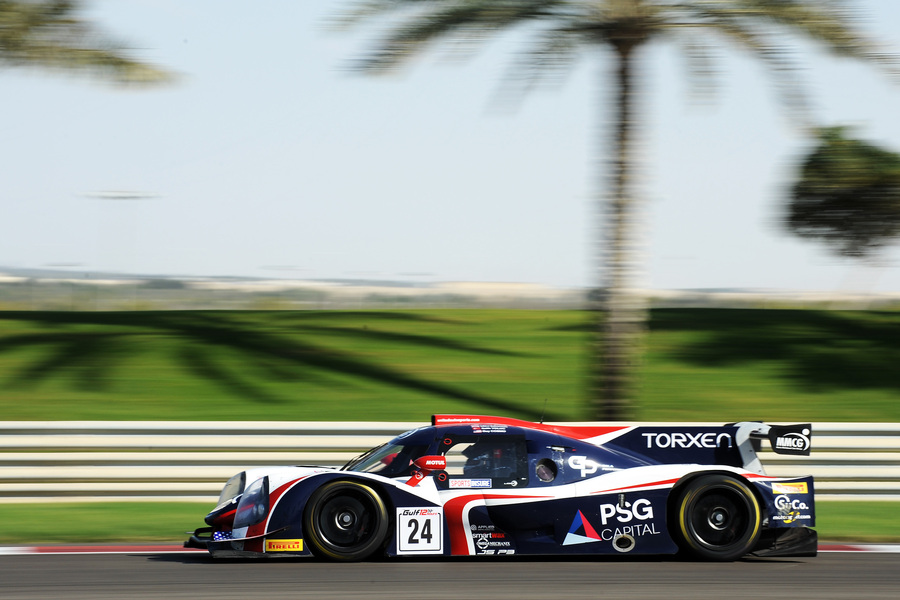 United Autosports have confirmed that Guy Cosmo, Patrick Byrne and Salih Yoluc will be joining their Asian Le Mans Series LMP3 team for the 2018/2019 season.

Guy Cosmo and Patrick Byrne are reigning Asian Le Mans Series LMP3 Champions, having clinched the title last season with Jackie Chan DC Racing. The pair have also raced for United Autosports in the LMP3 Cup in 2016 and the Gulf 12 Hours in 2017. Guy also drove for the team in the inaugural Road to Le Mans event in 2016, finishing fifth.

Salih Yoluc joined the team for the first time in the 2017 Gulf 12 Hours, racing alongside Guy and Patrick in a Ligier JS P3. Salih is also currently racing in the FIA WEC Super Season in the LMGTE Am class and finished second in both the opening round at Spa and the most recent race at Silverstone.

United Autosports announced in June their intention to run two Ligier JS P2s and two Ligier JS P3s in the 2018/2019 Asian Le Mans Series. The first round of the series is at Shanghai, China on 24-25 November, and will also visit Fuji (Japan), Buriram (Thailand) and Sepang (Malaysia).

“I am absolutely thrilled that Patrick and I will be joining United Autosports to defend our Asian Le Mans Series LMP3 title. United has provided us both with many memorable and successful experiences, so when the opportunity became available to join them for this endeavour we did not hesitate. In addition, we will be reunited with our podium-finishing teammate from the Gulf 12 Hours, Salih Yoluc. We had great chemistry racing together in Abu Dhabi last year so we expect a strong collective effort for this season. We loved racing in the Asian Le Mans Series last year; the adventure of contesting a championship in faraway parts of the world, learning new race tracks and experiencing new cultures. The competitiveness and professionalism of the series left its mark on us and we are eager to go back for more. However, entering as the defending series champions will not dilute our focus or approach in any way. The competition will be stronger than ever and we must focus on maximizing every aspect of our program to ensure success. We now have some experience to arrive with, but the effort only increases. We are ready for the challenge."

“Together with my teammate, Guy Cosmo, I am very excited to be back with United Autosports defending our 2017-2018 Asian Le Mans Series LMP3 Championship title. We have had the pleasure of driving for United Autosports before both in Europe and in the UAE. We consider United to be one of the premier Le Mans Prototype teams and we are honoured to be selected to represent them in their inaugural LMP3 effort in Asia. We are also excited to be driving with Salih Yoluc who will round out our three-driver line up. Guy and I drove with Salih in the Gulf 12 Hours and finished on the podium, so we have the necessary combination needed to defend our championship. We also hand it to ALMS, who are constantly looking to improve their world-class series. This season they are adding Shanghai to the calendar, along with all the new teams and class entries, it should make for a very competitive winter championship. We can’t wait for the lights to go out.”

“I'm very happy to join United Autosports for the Asian Le Mans Series. I’m really looking forward to the new challenge. I was very happy with my experience with the team in Abu Dhabi so I didn't have to think much about joining them again. I’m also happy to be working alongside Patrick and Guy again. They are good drivers and good guys to hang out with during the race weekend. I will try my best to help the team get the championship win.”

“It’s always nice to welcome back drivers that have driven for us before and this is no exception. Guy and Patrick raced with Salih last year in Abu Dhabi and they performed well. They are also reigning Asian Le Mans Series LMP3 Champions so their experience will help the team and Salih who have never raced at these circuits before.”