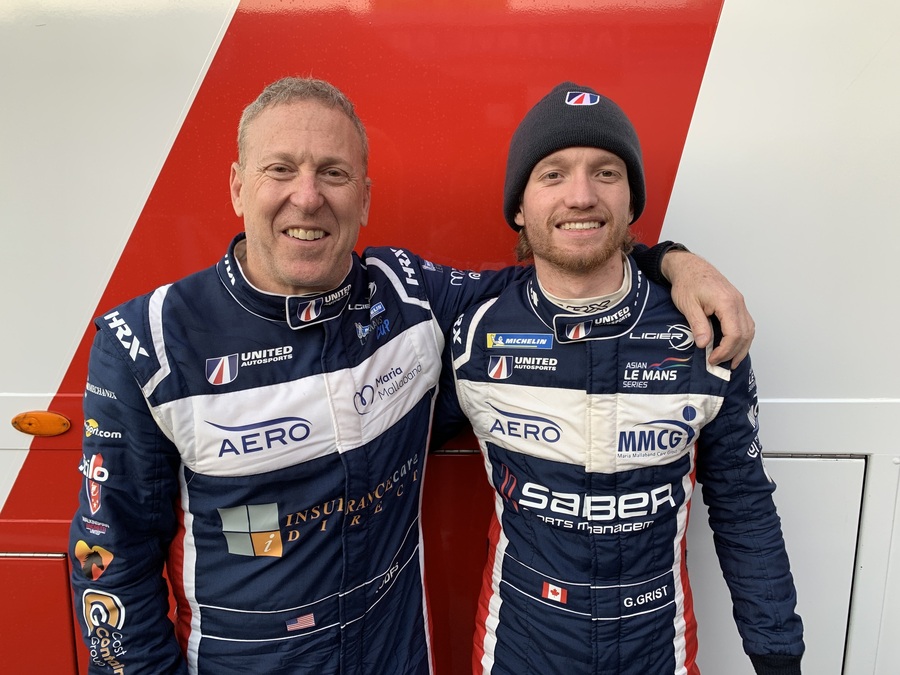 United Autosports have confirmed their first entry into the 2019 Michelin Le Mans Cup as Garett Grist and Rob Hodes join the team in one of their Ligier JS P3s.

Garett Grist returns to the team after joining them at the start of 2018 for the European Le Mans Series. He finished third in the championship standings after scoring two podiums, including at win at Silverstone. Garett has also been part of the Asian Le Mans Series LMP3 crew, scoring a win and a second-place finish so far in the series. Garett, along with Wayne Boyd and Chris Buncombe lie second in the LMP3 standings with one round remaining.

Rob Hodes joins United Autosports for the first time in 2019 as he makes his European debut. Rob has raced alongside Garett in the IMSA Prototype Challenge in the USA so is familiar with the Ligier JS P3, but has yet to race at any of the European tracks the Michelin Le Mans Cup visits. Rob has previously raced in the Ferrari Challenge Trofeo in America, scoring numerous race wins and podiums.

The 2019 Michelin Le Mans Cup season begins at Paul Ricard with the official prologue on 10 April. The first round will then be held that weekend on 12-13 April. The series then visits Monza (Italy), Le Mans (France), Barcelona (Spain), Spa (Belgium) and Portimao (Portugal).

“I’m really looking forward to being back at United Autosports for a second year. Last year I raced in the ELMS and this year I will be in the Michelin Le Mans Cup. It’s a new challenge, a new series and shorter races than I’m used to but it’s a good series to be involved in. I’ve driven all the tracks except Le Mans and for me, that’s what I’m most excited about. Rob and I race in America together and I think this programme is a great addition for him. Rob showed a lot of interest in doing the Le Mans Cup with United – he knows some of the American bronze drivers that have raced with United, like Jim McGuire and Naj Husain – so we managed to put a deal together for him. I think we will be a strong pairing for the Michelin Le Mans Cup.”

“I am very excited to be racing with United Autosports in the Michelin Le Mans Cup in 2019. United’s reputation and capabilities are second to none and I’m honoured to be joining the team. It will be great to race alongside Garett Grist too. He’s a great guy and mega fast driver.”

“I’m pleased we can confirm our entry into the Michelin Le Mans Cup for a third season. It’s a great championship and we have been improving as each season goes by. It’s great to welcome Garett back to the team and to welcome Rob as a first-time United driver. I’m sure they will be a good pairing for the 2019 season.”

“I’m really pleased Garett will be returning to the team for the 2019 season. He has shown in 2018 that he is quick and reliable and was in the championship running right until the last ELMS round. He has also been a valuable part of our Asian Le Mans Series LMP3 team too, scoring a front row start in his first qualifying attempt for the team in Japan. He has Rob Hodes joining him for the Michelin Le Mans Cup. It will be Rob’s first year with us, but he has worked with Garett in the US and has experience of the Ligier JS P3 so we will aim to get him up to speed with the European tracks and hopefully they will make a strong pairing.”