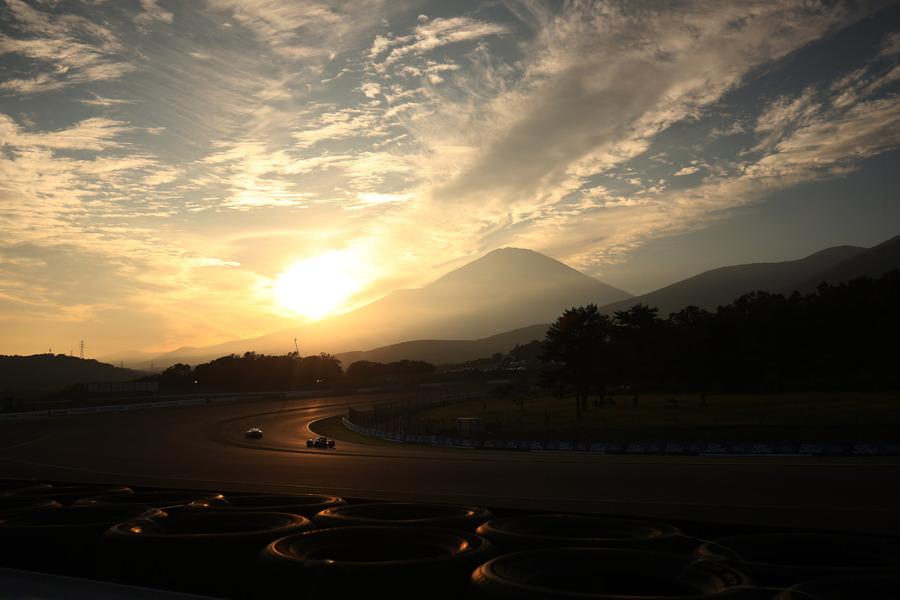 United Autosports head to Fuji this weekend for the second round of the Asian Le Mans Series after a successful start two weeks ago in Shanghai.

This weekend, the #3 crew of Matt Bell and Kay van Berlo will be joined by another United Autosports regular, Christian England as they aim to get their championship back on track after a disappointing sixth place finish at Shanghai. Christian will step in for Jim McGuire who is unable to travel to Fuji due to business commitments.

“I like Fuji – I’ve never raced there in an LMP2 car and I think it will be interesting knowing that the first generation LMP2 car isn’t as settled in general as the new generation LMP2 car. I think the car will be moving around quite a lot and the first sector might be quite tricky, but I’m looking forward to a challenge and hopefully I’ll get the chance to do qualifying there too.”

“We go into Fuji in a reasonable positon after our second place finish in Shanghai. It’s all new to us – the circuits and the car, with this being the first generation LMP2 Ligier, but we are working together for the best outcome and I’m looking forward to the weekend.”

“Now that we are going to a race track Patrick and I have been to before, I feel we will be able to get to work and really start making some headway with the car set up and our cohesiveness as a team. Salih has also raced there so there’s no reason why we can’t repeat our fantastic result from Shanghai.”

“We are definitely looking forward to Fuji. Guy and I have been there before and I love Fuji, love Japan and the fans are fantastic. It’s a blessing to go there with United Autosports.”

“I’ve raced at Fuji before, not that long ago actually in WEC. It’s a cool circuit and I’m looking forward to going back. We had a great result in Shanghai so hoping for more of the same in Japan.”

“I’m looking forward to Fuji and I’m hopeful of another good result with United. Shanghai was disappointing as we were hoping for the win, but we will fight back and will be aiming for the top step of the podium.”

“I’ve never raced at Fuji, but I know the circuit. I wouldn’t say I’m super familiar with it, but I definitely know it more than I did Shanghai. I think going there now knowing what to expect a bit more from the car will help. The LMP3 car is very different to what I’ve been driving this year so I just need to learn and adapt as quick as I can so we can be heading for the top step in Fuji.”

“Like my team mates, I’ve never raced at Fuji, but I’ve heard a lot of good things about it. I think we will have to take some time to get up to speed learning the circuit, but once we do, there’s no reason why we can’t be fighting for that win. We were so close in Shanghai so it’s definitely an achievable target.”

“It certainly was an unexpected surprise to be racing in Fuji. I’ve never been to this track nor have I been to Japan before, so to say I am looking forward to it would be an understatement. A huge thanks to Jim McGuire and United for asking me to step in. The Asian Le Mans Series looks very competitive this year so as always we need to be focused and on top of our game. I’m looking forward to working with Kay for the first time and also Matt who’s starting to feel like a brother from another mother. We have a strong line up so there really is only one aim for this race and that’s to win.”

“I love Fuji. It was my favourite race from the last time I raced in the Asian Le Mans Series. I love Japan, Tokyo and the track. Hopefully it won’t be too cold, but either way I’m really looking forward to it.”

“Hopefully we can get a better result in Fuji. Now I know how everything works, I know how United work and I know everyone in the team so that will be easier. Hopefully we will be able to fight for a podium again there.”

“After a successful debut in Shanghai, I’m hoping we continue that into the second round at Fuji. We will be aiming to score maximum points so we go into the new year in a strong position for the final two rounds.”

“Taking United Autosports to Fuji will be a special moment for me as I spent the early 90’s racing in Japan and living near Mount Fuji. We had a good opening round in Shanghai, but we are aiming for the top step of all podiums this time round. The competition is strong but we are hopeful of another good result in Japan.”